A New York Times report titled "Building a Better Battery" finally catches up to what patent watchers have known for years. The Times reports that "For its wristwatch, Apple has been testing a method to charge the battery wirelessly with magnetic induction, according to a person briefed on the product." In truth, Apple filed for a patent regarding "Near Field Magnetic Resonance power transmission" in 2012 that's far beyond "induction" and it's not just for wirelessly recharging an iWatch but rather for a great number of devices including an iPhone, iPad, keyboard, mouse and so forth. Most of what the NY Times reports on Apple's work on Solar for iDevices has been well documented in Apple patents for years. There's nothing really new. 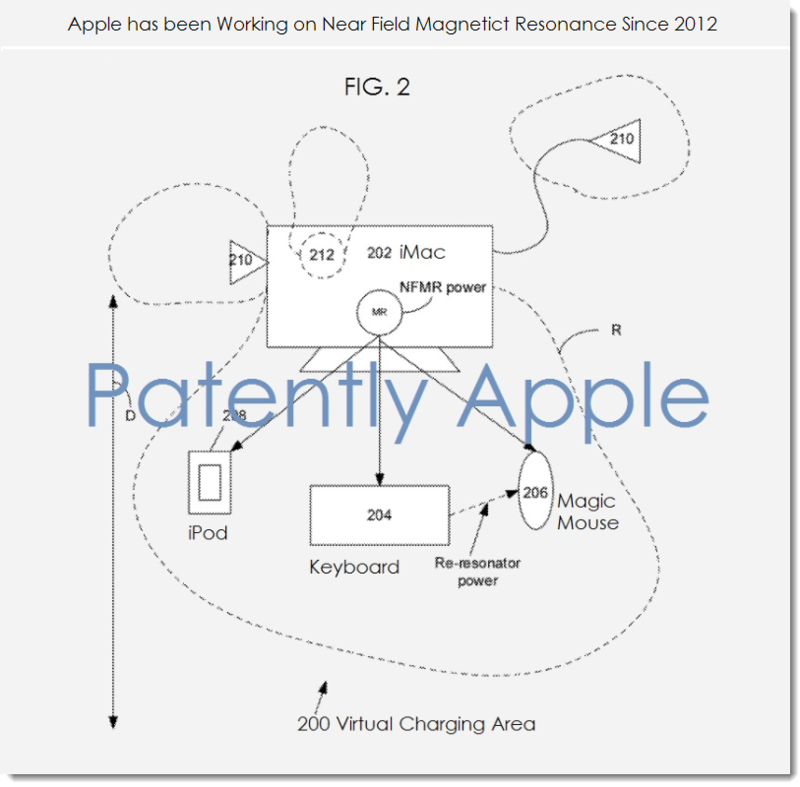 The NY Times reported that Apple's "watch is expected to have a curved glass screen, and one idea is to add a solar-charging layer to that screen, which would give power to the device in daylight, they said."

We don't need secret sources to know about that as we just reported on last week! "The US Patent and Trademark Office officially published a series of 31 newly granted patents for Apple Inc. today. In this particular report we focus on a single invention that covers future devices that could incorporate several integrated technologies including smart glass or electrochromic glass, backside display cover touch controls and photovoltaic cells that could add a power boost to many devices such as a MacBook or iPad." 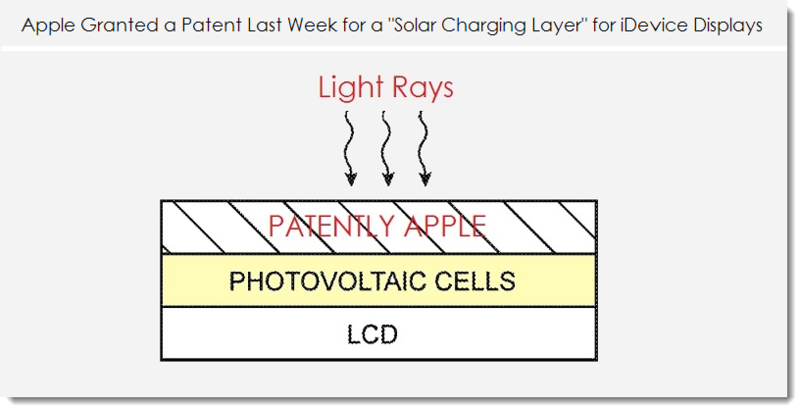 More information on Apple's continuing work on solar energy could be found here and you could read more on the New York Times report about other work on batteries here. For the bigger picture on the work on near field magnetic resonance and the future wireless home, see this report.