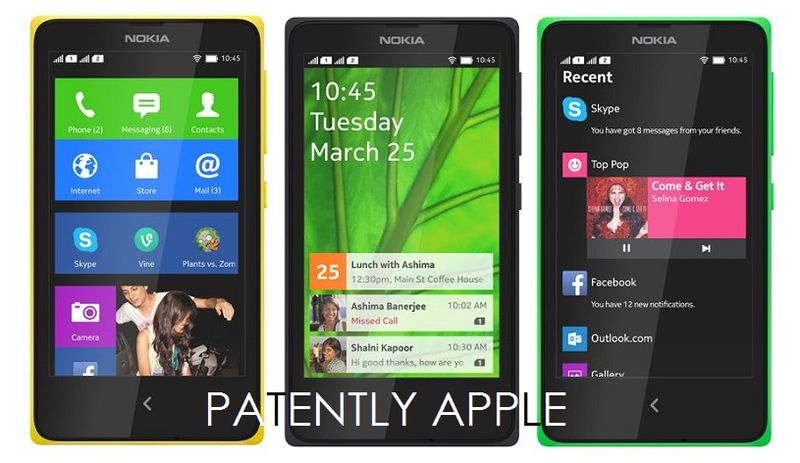 Today Nokia introduced a rather stunning lineup of smartphones that are Android based. The new designs introduce a fresh hybrid UI resembling the Windows Phone OS with bright icons along with intergrated Microsoft services like Skype, One Drive and more. The pricing for their new smartphones is jaw dropping. It's clear that Nokia is declaring war on the current Android OEM leader Samsung. In fact, no matter what Samsung introduces later today, Nokia's bombshell will likely be the smartphone to watch for this year. If Microsoft is looking to become a real player in the smartphone market in 2014, then Nokia's latest round of Android phones are bound to chalk up some serious market share gains.

While the table noted below covers the differences between the devices, the main highlights are as follows:

The Nokia X at US$122 is the entry level member of the family, with 4-inch IPS LCD screen, 512MB RAM and a 3-megapixel camera. It will be available in green, black, white, yellow, cyan and red.

The Nokia X+ at US$136 offers you a little more, as the name suggests: there's 768MB RAM and a 4GB MicroSD card is included in the box. It comes in the same colours as the Nokia X.

The Nokia XL at US$150 provides the largest display in the family with a full 5-inch screen. The Nokia XL also boasts 768MB RAM, the free MicroSD card and it has both a 2-megapixel front-facing camera for Skype calls, as well as a 5-megapixel rear camera with autofocus and flash. The same colours are available as for the Nokia X and X+, except bright orange replaces the red with this model. 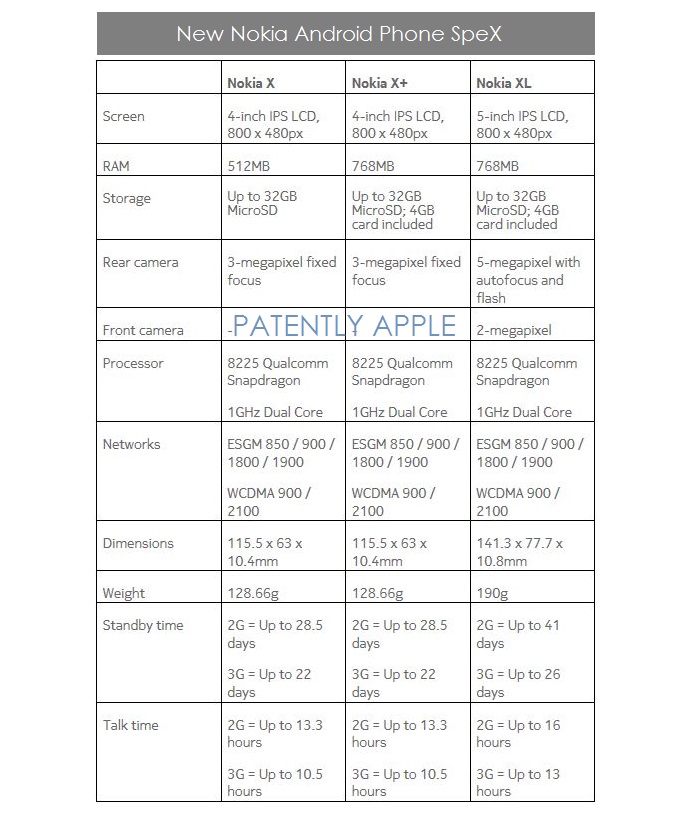 The Nokia X will be available to buy immediately in Asia Pacific, Europe, India, Latin America, the Middle-East and Africa. The Nokia X+ and XL are expected to be available from Q2 2014. The prices quoted do not include any local taxes or operator subsidies.

The Nokia X family offers terrific value with acclaimed Nokia and Microsoft services and experiences. HERE Maps with turn-by-turn navigation and offline maps are included. Nokia MixRadio offers hundreds of free streaming and offline playlists. Free cloud storage from Microsoft OneDrive with 7GB of space for free is included out of the box. There's also access to Outlook.com as your email service. And there's Skype with a month's free calls to international landlines in selected markets.

All three of the devices are powered by a Qualcomm Snapdragon Dual Core processor and are Dual SIM. A range of third-party apps comes preinstalled, including BBM, Plants vs. Zombies 2, Viber, Vine and Twitter. As many more as you can fit can be obtained from the Nokia Store, third-party app stores and sideloaded 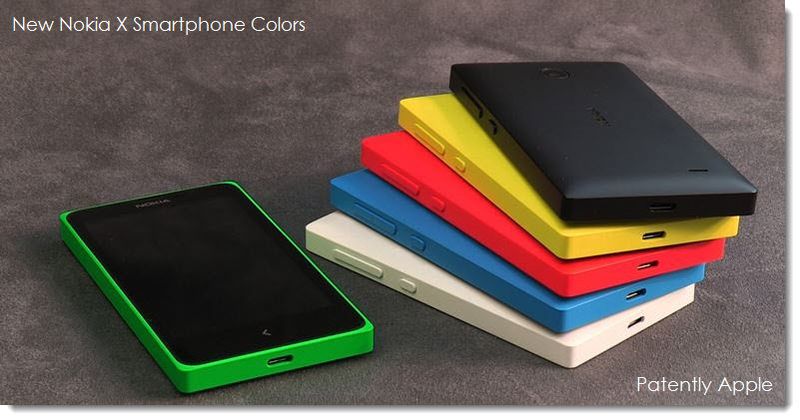 Although some may think that Nokia's latest move to introduce Android based phones is embarrassing to Microsoft who will officially take over the company later this quarter, the move may actually be a brilliant move. Nokia has blended Android Apps with services from Microsoft such as Skype. It has one of the best Android interfaces available today, if not the best, borrowing from Windows Phone OS's metro interface.

Today, Kantar notes that Android is now close to 70% in Europe, with Apple at 19% and Windows now at 10%. The hybrid interface experience will likely be a hit amongst Android fans looking for something fresh beyond the rather bland UI of Android.

The Kantar study notes that "the real battle now is among the Android manufacturers. Samsung is currently dominant, with 39.5% of sales…" Yes, the real battle will be between Android OEM's and Nokia's new lineup will be able to challenge Samsung quite handily.

The Kantar study also noted that the phablet trend continues to power ahead in China, where almost a third (31%) of smartphones sold in the past three months had screen size of 5" or over. So the new Nokia XL will be able to tap into this trend immediately.

At the end of the day, Nokia's new Android based Smartphones are a declaration of war against the Android leader Samsung. And by the looks of it on paper, Nokia with Microsoft's backing will be able to mount a challenge that will rock the smartphone industry and chalk up some serious market share gains for them in 2014.

And if Google was hoping to find an OEM to both challenge and humble Samsung in the short term, as they hint of threatening Android with Tizen, then Google may have found the perfect Android partner to achieve that goal on a global basis.