Patently Apple was the first to discuss the possibility of Apple using sapphire crystal glass for future devices back in March 2013 before it was on anyone's radar screen. Since that time we've covered all of Apple's major patents concerning the use of Sapphire for displays in future iPhones. There was one covering a fusion process for adding a sapphire laminate layer to a future iPhone. Then there was the killer patent covering a futuristic sapphire flexible transparent display in December 2013 quickly followed by one covering techniques for using sapphire on iDevice displays in January. Today the news gets better as equipment for producing the sapphire materials has arrived at Apple's Arizona plant.

We noted in January that GT Advanced, Apple's manufacturing partner for its new sapphire glass plant in Mesa, Arizona, began advertising job openings. Today, 9to5Mac is reporting that "according to shipping documents and other data from [analyst Matt] Margolis, GT Advanced has received 518 of the pictured units, with another 420 machines on order (that have yet to be assembled). The first 518 units, according to Margolis, could build between 103 million and 116 million ~5-inch displays per year."

The report further noted that "The machines will allow GT Advanced to ensure that the sapphire crystal displays meet high-quality standards. These machines are specific for display-grade components, not small pieces of sapphire that could be used for Home buttons or cameras." 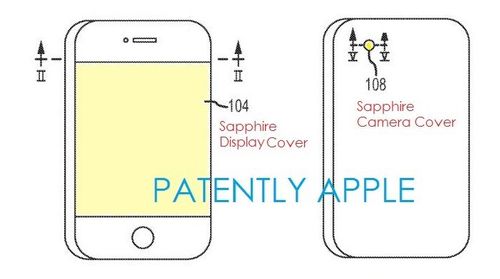