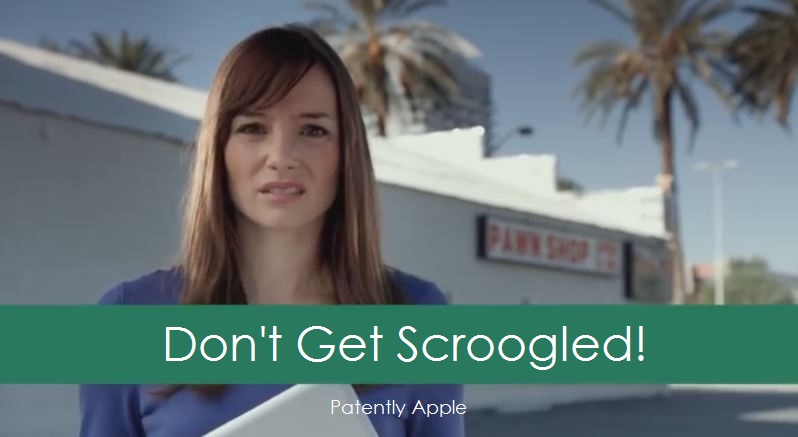 Devices running Google's Linux-based Chrome OS are some of the most affordable laptops and desktops on the market, typically costing under $400. While the profile of Chromebooks/Chromeboxes and their potential for PC market disruption looms large in the industry, even prompting a TV ad response from Microsoft, usage statistics point to the devices making a minimal impact in North America more than two years following their market debut.

As seen below, Chrome OS' share of U.S. and Canadian desktop Web traffic grew 0.1% within the studied five-month period. After growing approximately 0.13% since our previous study on the subject back in March 2013, total Web traffic generated by Chrome OS users is now about one-tenth that of Linux users, the latter's usage share amounting to 1.9% as of January 2014.

Chitika notes that while "Linux has always been a niche product, Google's marketing activities around Chrome OS are the most public indicator that the company has larger ambitions for the product in the consumer and business space. Yet, the very modest usage share growth for the OS over the past several months underscores the present difficulties of the domestic PC marketplace." 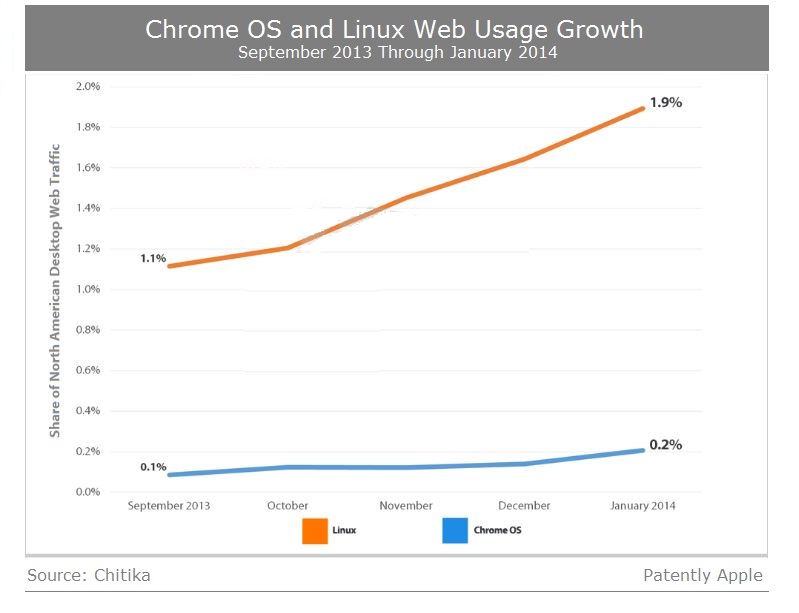 While the NPD Group showed substantial B2B sales growth for Chrome OS devices in its December 2013 report, usage statistics seem to bear out the idea that the devices have not dramatically changed the current computing environment.

Most recently, VMWare and Google announced a "desktop as a service" cloud application that would allow Chrome OS users to run traditional Windows software like Microsoft Office. This strategy may help Google in its bid for a larger share of the enterprise computing market, but progress is likely to be slow considering the size of the existing PC install base, along with the more muted historical growth rate for Chrome OS itself.

You have to hand it to Chitika for trying to put lipstick on this pig called a Chromebook. But the facts tell the story. The Chromebook is all about being connected to the web and if all it was able to generate was 0.2% web traffic in the US and Canada over five months, it's a loser! It's a flop! It's a disaster and more importantly it's a joke! So don't forget, if you're in the market for a notebook, get a MacBook or even a good HP notebook – but more importantly don't get scroogled!

Chitika Method: To quantify Chrome OS’ North American usage growth over time, Chitika Insights analyzed billions of U.S. and Canadian desktop-based online ad impressions within the Chitika ad network. The data set analyzed consisted of impressions catalogued from September 1, 2013 to January 31, 2014. For some comparison, continental Web usage shares of both Chrome OS and Linux are graphed over the five-month timespan.