While Android has now gained a stranglehold on smartphone market share in Europe with close to 70%, Apple was still able to chalk up 19% while Windows rose to 10% for the three months to January 2014. One of the more interesting facts revealed in the new study was just how well the iPhone 5C actually did in Europe over the last three months amongst hip females.

A new study by Kantar notes that "For Apple, there are encouraging signs as sales of its 5C model start to take off. When Apple first launched its new iPhones in Britain the 5S outsold the 5C by 3:1. However, the iPhone 5C has gained momentum and was the third best-selling smartphone over the past three months, reducing the 5S/C ratio to 2:1.

The study further noted that "There is a stark gender divide between 5C and 5S buyers – in Britain 74% of 5C buyers are female versus just 36% for the 5S. There are also clear differences in how each device is used. 5S users are more engaged with their device, particularly for data heavy functions such as watching mobile TV or downloading music. 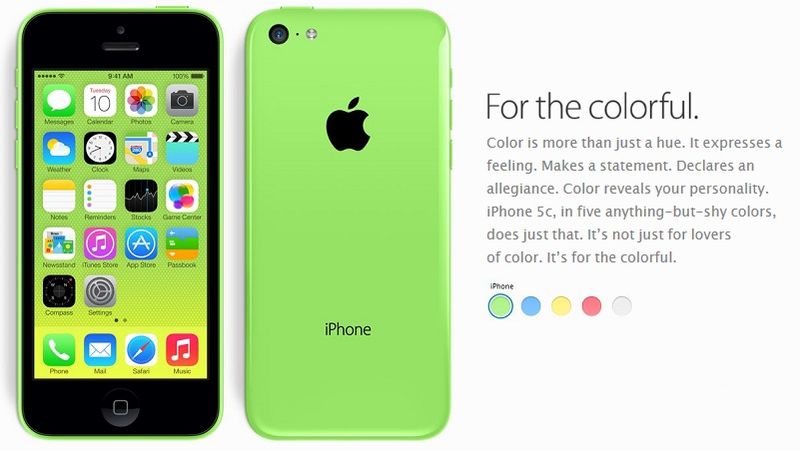 The one trend that the study shows that Apple is passing up on at the moment, which has been a real head scratcher to many for some time now, is the larger display format called the phablet. Apple is widely expected to roar into this market sector later this year to shore up sales.

The study also notes that "Interestingly, phablet ownership in China is skewed heavily to women, running counter to Europe and the US where it tends to be young, male early adopters." For other stats of interest, check out Kantar's full report.

It's a known fact that Apple's market is primarily made up of those earning more than $100K per annum, though an NPD study recently showed that Apple has been making huge strides amongst low and mid-level income groups. Today Nokia introduced new inexpensive smartphones that may be able to put a slight dent into Apple's iPhone 5C market.

Although Nokia's new smartphones are clearly aimed at challenging Samsung with their new Android phones, there could be a spillover effect on the iPhone 5C later this year should Apple not alter their game plan for mid-market consumers.

Of course for those who love iTunes, Apple's stunning Retina display and superior choice of Apps, what Nokia is offering isn't going to temp many to switch. Though admittedly, the pricing pressure wave that Nokia's new smartphones will create in the market as a whole could put more pressure on Apple's iPhone 5C.

I'm sure Apple will be watching this development over the next several quarters before they launch their new iPhones in September. Whether they'll attempt to counter the new lower price trend with all-new advanced features for the iPhone 5C or simply lower their prices is unknown at this time.

For now, we just wanted to say Cheers to Europe's hip females (OK, babes) who are voting for Apple's cool and colorful iPhone 5C.