A new Chitika report continues to show that Apple's iPad remains the number one tablet in terms of web traffic in Canada and the US. Their latest report focuses in on the peak hour for all tablets, which happens to be 9PM ET. Report Updated with Additional iPad Statistics at 11:20 PST.

Chitika's latest tablet volume graph shown below illustrates how iPad users are far and away the most active tablet user group throughout the day in North America in terms of raw volume. During the peak hour for all tablet Web usage, 9 p.m. ET, iPad users generate more than four times the Web traffic of all continental Android tablet users in the same time frame. 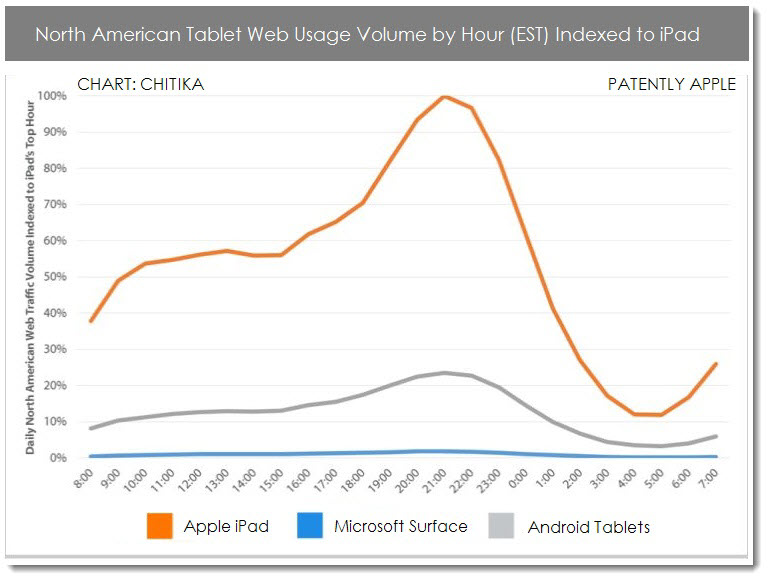 Considering how many brands of Android tablets are the market today in Canada and the US, it's amazing how the web usage stats continue to show that iPad users are the most active by far.

And if the stat lines represent the life of tablet usuage, then Microsoft's Surface tablet is close to flatlining. Chitika tries to thow them a life line by saying that Surface tablets are picking up a little traffic during business hours.

To quantify this study, Chitika Insights analyzed tens of millions of North American tablet-based online ad impressions within the Chitika ad network. The data set analyzed consisted of impressions catalogued from January 20 to February 2, 2014. Hourly usage shares were then calculated based on an average of individual hourly traffic totals seen over the two-week period.

And while we're on the topic of iOS vs. Android Tablets, a new report published by Good Technology titled "Mobility Index Report Q4 2013" reveals that Apple's iPad continues to be dominant in the enterprise space. Good technology's chart below makes that point crystal clear. 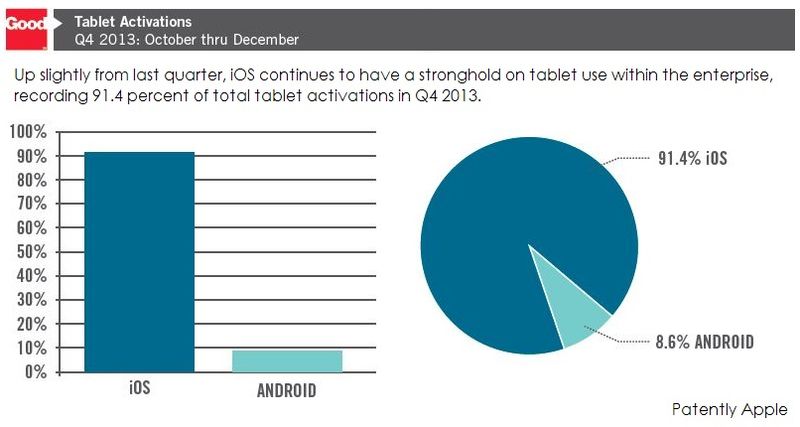 The report further noted that the Financial Services sector continued to lead by a large margin in total iPad activations, recording over 46% of total tablet activations in Q4. Below is Good Technology's chart on iPad activations by industry. 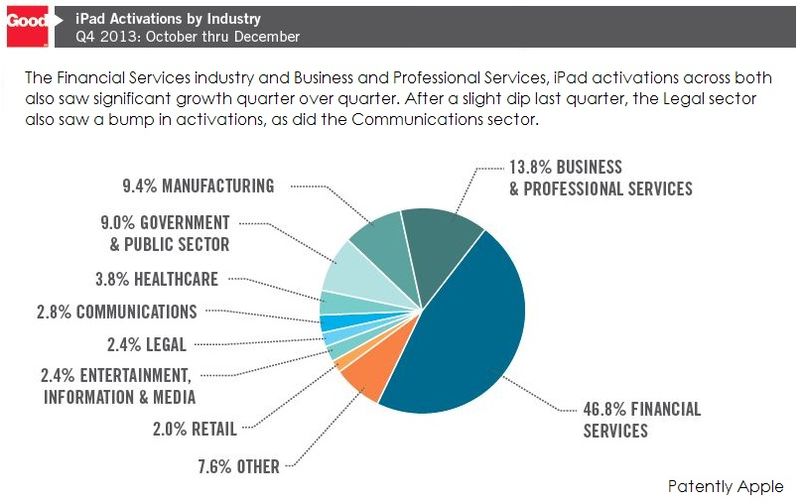 Other interesting business statistics about iOS in the enterprise could be found in Good Technology's report as linked to above. In the end, where it matters, Apple's iPad continues to trump Android tablets.

About Making Comments on our Site: Patently Apple reserves the right to post, dismiss or edit any comments. Sources: Chitika for web traffic stats. The Good Technology report that we linked to in our report was first discovered by Daniel Eran Dilger.