On February 20, 2014, the US Patent & Trademark Office published a patent application from Apple that reveals a new architecture relating to Multi-Participant Conference Setup. The sophistication of Apple's architecture as noted in their patent pending invention, could suggest that Apple is contemplating a FaceTime Pro version of their application for the enterprise that might one day compete with the likes of Cisco's WebEx. Apple's push for iWork on iCloud would definitely make future video conferencing at the enterprise level in the future much easier for sharing documents in real-time. This is definitely a future service to watch for down the road.

In recent years, users of local and wide area networks (e.g., the Internet) have upgraded to increasingly higher bandwidth connections. The common user also has access to greater computer hardware processing power. At the same time, the coders and decoders (codecs) for video transmission over a network connection have seen improvements such that an individual user has the capability to stream and receive real-time video over the Internet with off-the-shelf components. All this has allowed individual users to begin chatting, sharing, and videoconferencing with point-to-point technologies on their computers.

However, bandwidth remains a constrained resource that must be shared over many users. Likewise, processing power is typically shared by the operating system and several applications in a typical user's computer hardware. These factors have been barriers to the use of personal computers in establishing a conference with more than two participants. Such a conference will be referenced below as a multi-participant conference.

The star topology is another possible approach for multi-participant conferencing. In prior art this approach uses a central server to receive data from all participants in the conference and send all that data back out to each participant. The required server needs high bandwidth and processing power. The server requirements scale with the number of conferences to be hosted, making this approach unusable for wide scale deployment.

Thus, there is a need in the art for a better architecture for multi-participant conferencing. Ideally, such an architecture would allow the participants to use off-the-shelf computers and typically available bandwidth and not require the deployment of dedicated servers. 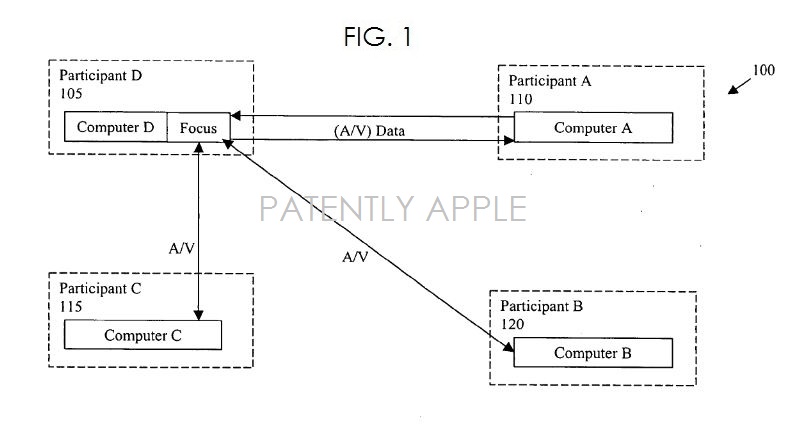 Apple's patent FIG. 6 shown below illustrates a detailed process flow of acceptance by a participant. 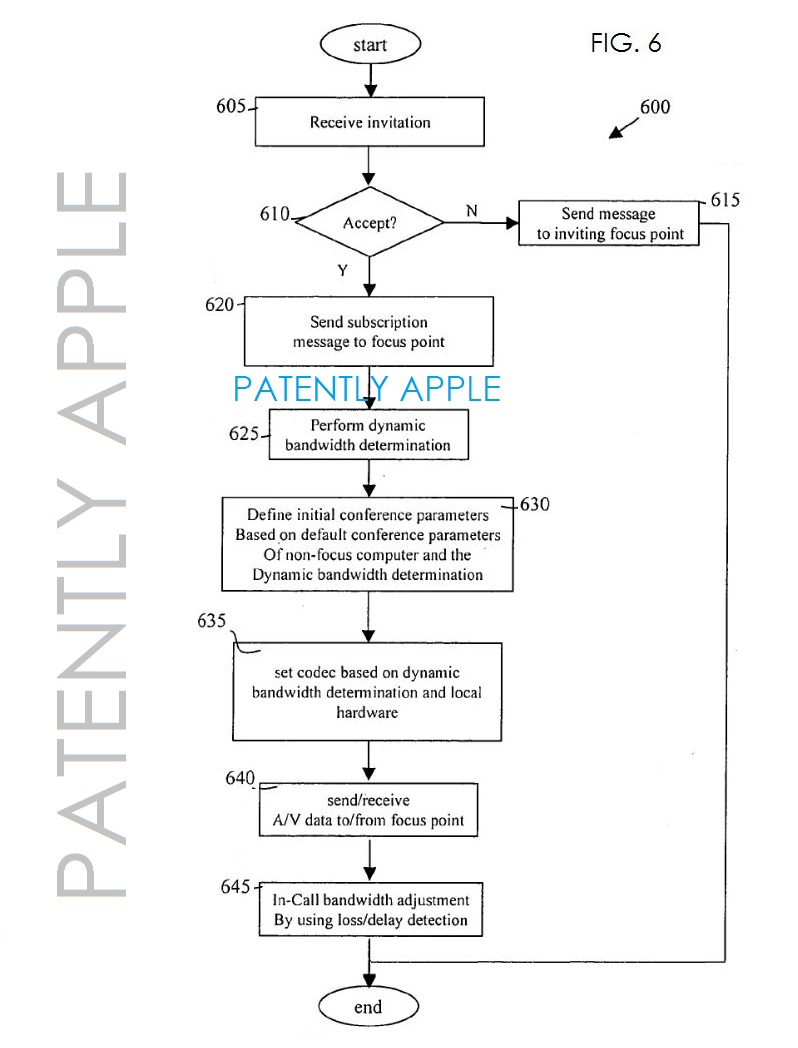 For those in IT that are interested in Video Conferencing, Apple's patent filing provides you with a number of focused sub-chapters as follows: