On February 27, 2014, the US Patent & Trademark Office published a patent application from Apple titled "Systems and Methods for Preventing Light Guide Plate Scratching Artifacts." Apple's invention details the possible use of self-healing and Teflon coatings to protect the backlight from being scratched which produces annoying artifacts on iDevice and Mac displays. Apple's gorgeous Retina Displays may soon shine even more with Apple's push to eliminate unsightly artifacts

Apple's solution to this problem is found in their invention that generally relates to  systems, methods, and devices for preventing scratching artifacts on a light guide plate of a backlight. 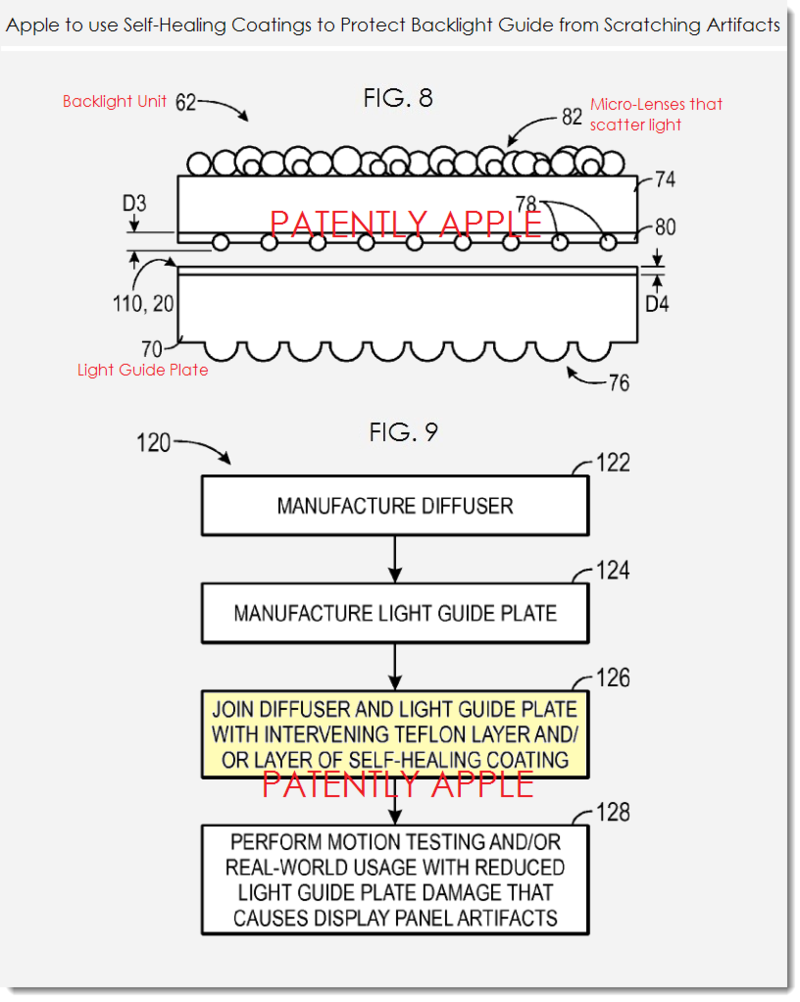