On January 16, 2014, the US Patent & Trademark Office published 16 patent applications from Apple. Earlier today we posted two reports on subject matters that we felt were the most interesting in the group. The first was about Apple's future iWallet while the second was about a new sensor system for fingerprinting and beyond. That left 14 patent applications unreported on and so we put together a list of the remaining patent applications that are likely to interest some in the Apple community with specific talents and interests. There are a few patents relating to telecom and display technologies along with a few odd balls covering a heat mapping interface and a shared architecture for database systems. If you're a tinkering-kind of individual, then dig right in and enjoy. 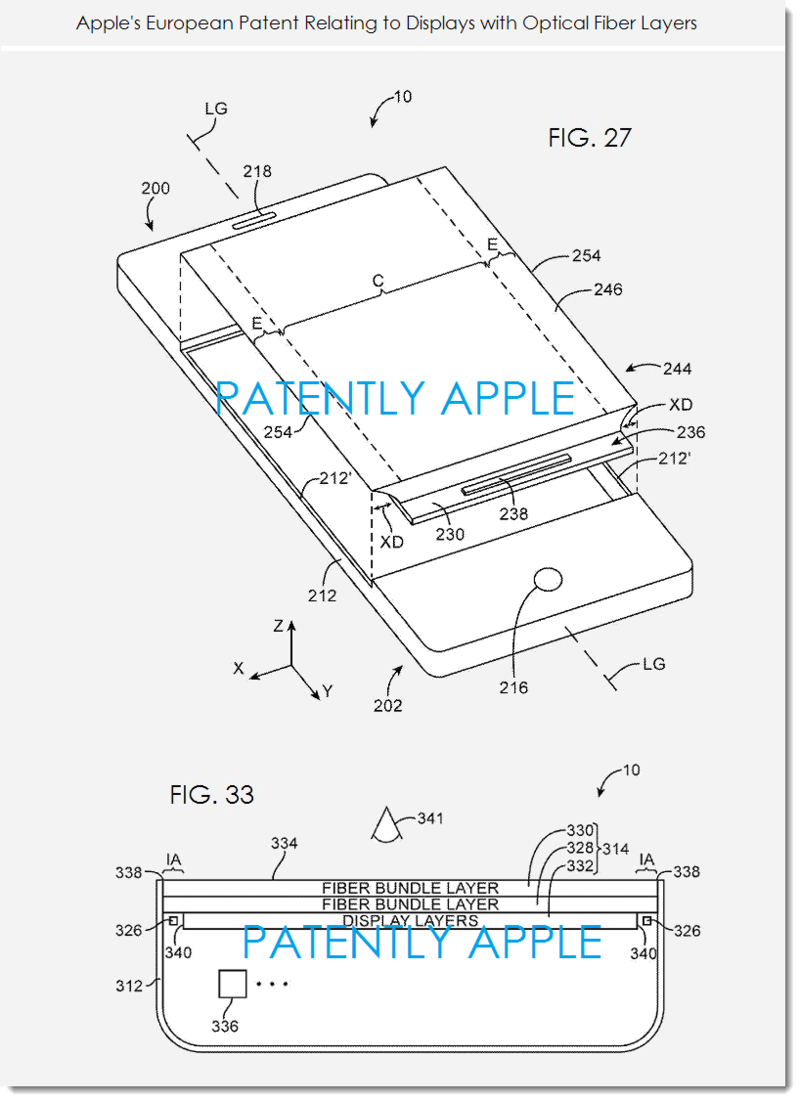 More on this invention could be found in Apple's European patent on this subject matter which was filed today. Apple's patent application WO2014011389 is titled "Display with Minimized Border Regions." The graphic noted above is from that patent.

Apple's invention generally relates to a relatively simple protocol for transferring files and other data between endpoints. The endpoints are a host electronic device and a client electronic device. The connection between the end points can utilize a reliable stream transport connection. Communication is accomplished utilizing packets that have a header and a body with information to be used in transmitting data between the end points. Various packet types are utilized to achieve data transfer.

Today, merchants can track customer buying patterns. If customers make purchases during their visits using a "loyalty card," then the merchants can track purchases by customers. Using a loyalty card, a user can receive a discount or other reward for repeated purchases with a particular merchant. Also, conventionally, use of a particular credit card for a purchase made at a particular merchant can also facilitate monitoring customer buying patterns. However, when no purchases are made, merchants generally have no understanding of who are visiting their stores and how often. As a result, in many instances, merchants are not able to reward its repeat patrons.