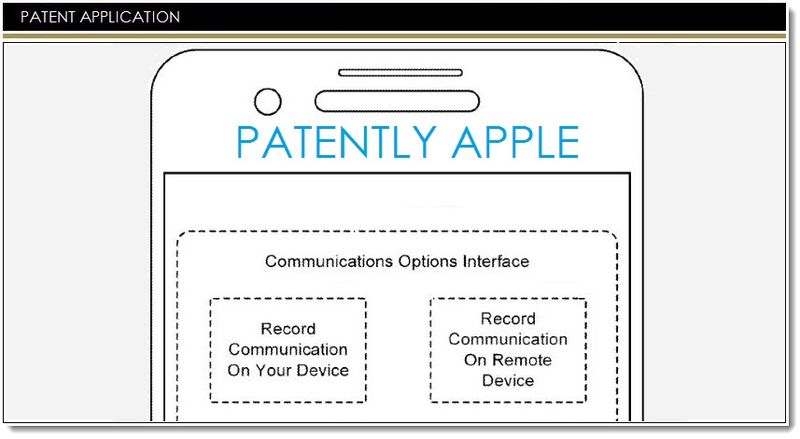 On January 23, 2014, the US Patent & Trademark Office published a series of nine patent applications from Apple. Earlier today we posted reports covering techniques for using sapphire on iDevice displays and another covering the mad science behind iAd's future ability of matching content to moods. In our final patent report of the day we briefly cover two new Apple inventions covering an in-focus camera lens system and a new iPhone interface for mobile recoding of conversations between two or more individuals. We conclude our report with a list of the remaining five patent applications that were published today by the US Patent and Trademark Office.

Digital imaging systems or digital cameras have quickly become a popular consumer electronic device and have become a standard feature of portable multi-function devices including for example, portable multimedia players, laptop computers, smart phones, and tablet computers. The image quality expected from these devices has grown as higher quality and higher megapixel cameras have been incorporated into them. The image quality of an imaging system can vary depending on many factors, including the lens focus position along the optical axis of the imager.

In general, a well-focused camera produces a sharp image and a poorly focused camera produces a blurry image. Thus, it is important to be able to place a camera lens at a well-focused or in-focus lens position. For fixed focal length imaging systems, the in-focus lens position is found and then fixed at the time of manufacture or assembly. As such, for high volume mass production of such cameras, there is a need to find the in-focus lens position quickly and efficiently because this can increase the number of units per hour that may be produced, yielding a production capacity advantage.

Finding an in-focus lens position usually involves measuring and comparing the image quality (e.g., sharpness) of images of a test target captured at several different lens positions. It is common practice to calculate Spatial Frequency Response (SFR) or Modulation Transfer Function (MTF) to measure the sharpness of a given image and thereby determine an in-focus position of a lens during camera module production. The computation costs for these measurements are expensive, and it is difficult to determine an in-focus position using SFR or MTF as an image quality metric from a small number of captured frames. This makes SFR and MTF based techniques impractical for fast lens focus setting of mass produced imaging systems.

Apple's invention relates to determining an in-focus lens position through the measurement of image quality at different lens positions, using a digital imaging system that contains the lens, in a camera component manufacturing setting.

Apple's system finds an in-focus position for a lens quickly and conveniently in order to achieve a lower cost for very high volume manufacturing of digital cameras and camera modules, for example those used in consumer electronic devices such as smart phones, tablet computers, desktop computers, and in-room and in-vehicle entertainment systems.

Apple's patent FIG. 5 is a representation of a system that can be used to determine an in-focus position of a lens. 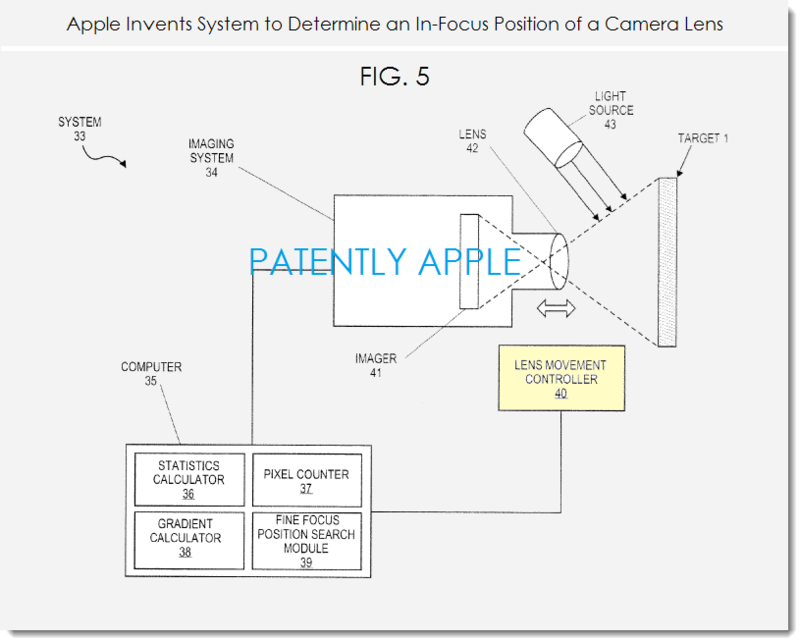 Apple notes that in one embodiment, the lens may be held by a lens barrel and moved along an optical axis of an imager 41 using a jig that rotates the lens barrel. 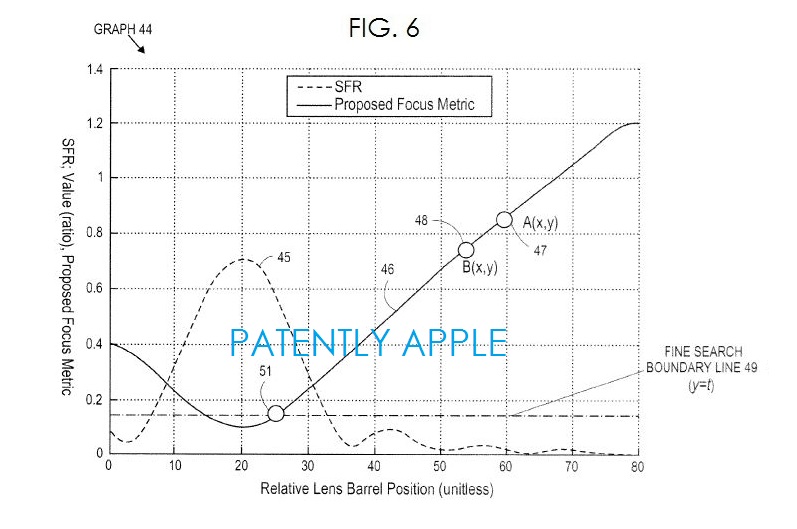 Apple credits Robin Jenkin and Eugene Lam as the inventors of this patent application 20140022441 which was originally filed in Q4 2012. Click here to review the details of this invention. 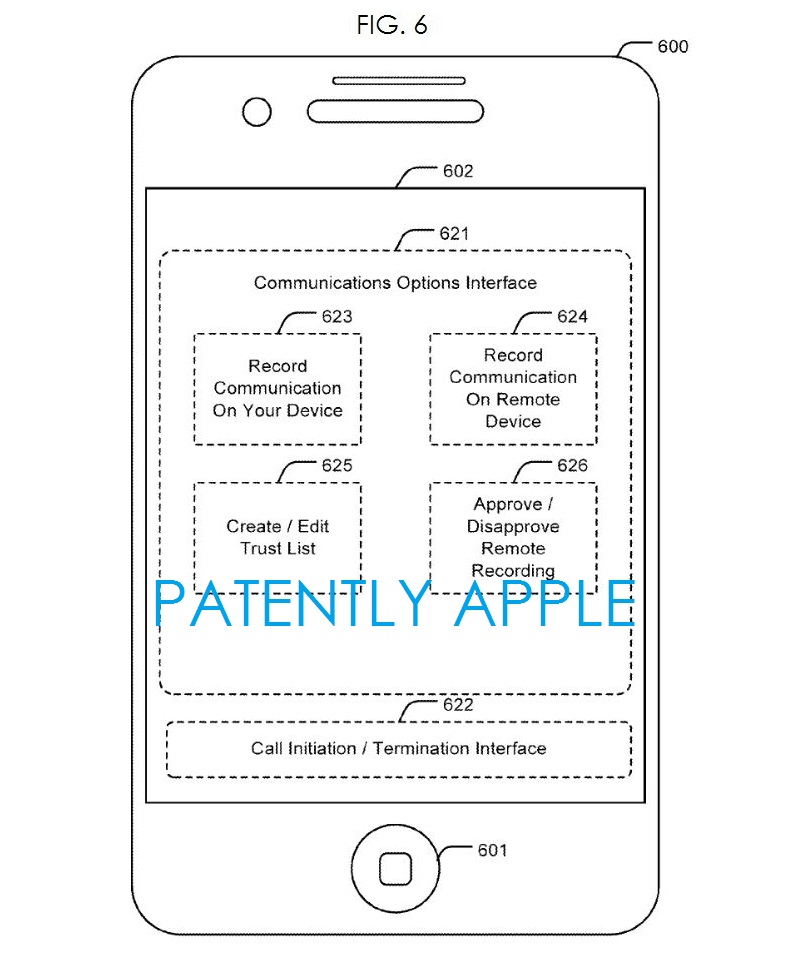 Apple's patent FIG. 6 illustrates an interactive interface of a personal electronic device, according to an exemplary embodiment of the present invention.

One: Methods and Systems for Adaptive Channel Estimation/Prediction Filter Design

Two: Methods and Systems for Anchored Down-Selection in a Coordinated Multipoint Transmission Cluster

Three: Method and Apparatus for Establishing a Communication Connection