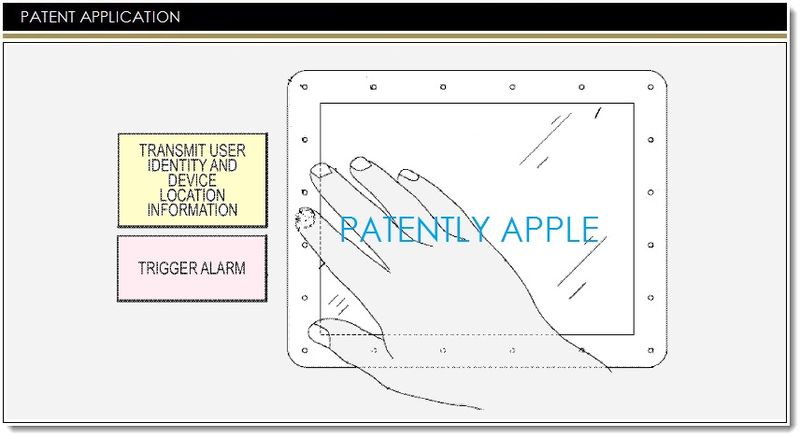 To kick off the New Year, we get to see an overview of Apple's biometrics road-map. While Apple launched the iPhone 5S in September 2013 with the surprising Touch ID feature, Apple is already working on possible new ways of advancing biometrics in future devices including the iPad, Macs and even a possible application for the iPod. A lot of what Apple reveals here today relates directly to several new security measures for both consumer and enterprise markets. Report Updated 11:30 AM MST

Collecting fingerprint images, whether from an authorized user, an accessing user, or a new user, typically involves determining the angle at which the user's finger is oriented with respect to the fingerprint sensor. For example, if multiple images are collected at different times, or by different sensors, the relative orientations can be used to compare the different images with those in an authorized user database.

Thus, there is a general need for improved fingerprint acquisition and authorization techniques, with greater processing efficiency and alignment capability. There is also a need for fingerprint enrollment and recognition systems that are robust to undesired failure modes exhibited by the prior art, and which provide additional utility and value across a wide range of different electronic devices and other applications.

In some configurations, the fingerprint sensor may be configured into a control device. A grounding ring may be disposed about the sensor, with gaps or notches configured to determine finger orientation based on differences in grounding strength. Apple's patent filing states that the invention can be applied to devices other than the current iPhone and future iPad. It could apply to an iPod clickwheel (or virtual clickwheel or virtual scroll wheel), TV, MacBook or an all-in-one desktop like the iMac

Specifically, Apple states that "a computing system may drive a display with graphical data to display a graphical user interface (GUI). As embodied as a touch screen, touch I/O device may display the GUI. Alternatively, the GUI may be displayed on a display separate from touch I/O device. The GUI may include graphical elements displayed at particular locations within the interface. Graphical elements may include but are not limited to a variety of displayed virtual input devices including virtual scroll wheels, a virtual keyboard, virtual knobs, virtual buttons, any virtual UI, and the like."

A gesture may be performed by moving one or more fingers or other objects in a particular manner on the touch I/O such as tapping, pressing, rocking, scrubbing, twisting, changing orientation, pressing with varying pressure and the like at essentially the same time, contiguously, or consecutively. A gesture may be characterized by, but is not limited to a pinching, sliding, swiping, rotating, flexing, dragging, or tapping motion between or with any other finger or fingers. A single gesture may be performed with one or more hands, by one or more users, or any combination thereof.

Apple's patent FIG. 5 shows a conceptual drawing of a fingerprint sensor assisted by one or more orientation sensors while receiving or processing a fingerprint image.

Apple credits William Vieta and Wayne Westerman as the inventors of patent application 20140003683 which was originally filed in Q1 2013. To review this invention, see Apple's filing.

I'm sure that other applications could spring from this one idea. One such idea could be designed for the elderly who live alone. They could assign one of their fingerprints, say the middle finger, to initiate a 911 emergency call. The combined Touch ID fingerprint and iPhone GPS would be ablet to notify EMS and enable them to call up the patient's history chart as they approach their destination.

Apple further notes that the invention may be "used by courts to track compliance with restraining orders or house arrest boundaries. In another example, governments may track compliance diplomatic geographic restrictions." It could likely be used in conjunction with an ankle bracelet so as to send warnings and or attempt to communicate with an individual under house arrest. 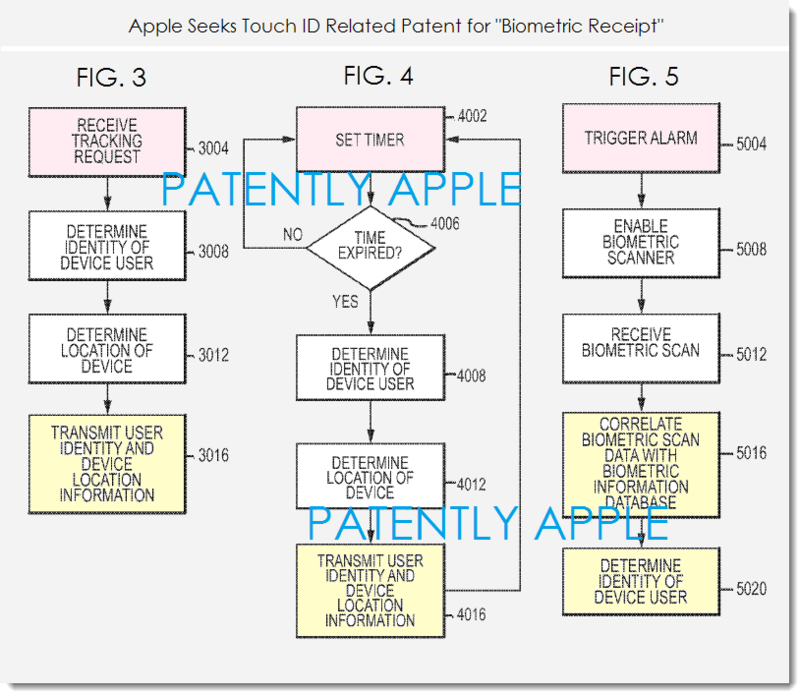 In a fifth biometrics invention, Apple discusses new security measures that could be implemented using biometrics.

In this patent filing, Apple states that "In one implementation of the methods described herein, the user predetermines that the command indicated by a particular finger or sequence of fingers is a stealth command to be executed by the electronic without any apparent indication that the stealth command is being executed.

The user could use this command to call emergency services without that fact being known to an assailant or other aggressive person that prompted the emergency call. In this way, the electronic device implements a "panic command" that may include, for example, transmitting the geographic location of the electronic device, and/or transmitting streaming audio or video from the phone. 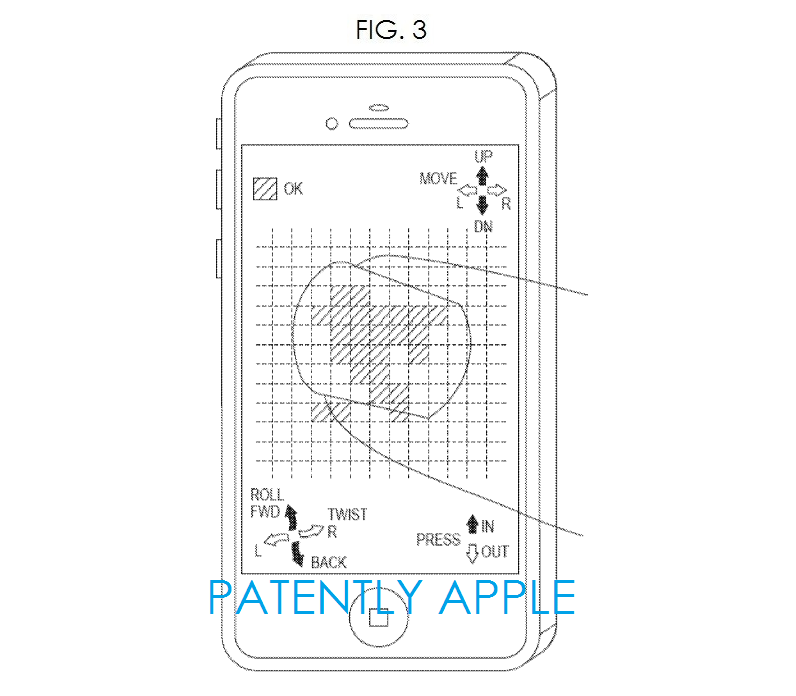