Next to Apple, Korean-headquartered Samsung has perhaps realized the biggest benefits from the growth of the mobile marketplace. Within North America, Samsung smartphones represent the largest single Android manufacturer traffic source, and its share of tablet Web usage ranks behind only Apple and Amazon. In Chitika Insights' latest study examining how Samsung Web traffic breaks down by device, it's clear that despite Samsung's wide range of offerings, there are few notable points of strength in its device lineup. 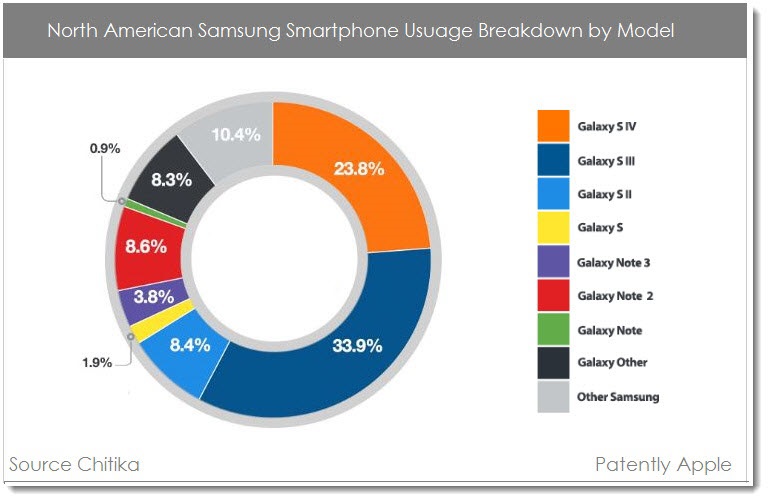 As seen in the above graph, more than 57% of North American Samsung smartphone Web traffic is generated by Galaxy S III and IV users. With a full 10 percentage point lead, the Galaxy S III remains the largest source of Samsung smartphone traffic within the continent, besting the total of the newer Galaxy S IV. This difference isn't surprising given that the Galaxy S III was one of the best-selling Android smartphones following its release and continues to be sold as a budget option by most major U.S. carriers. The Galaxy S4 has also been a dismal disappointment in this past quarter.

Meanwhile, Web traffic from all Galaxy Note users (versions 1, 2, and 3) constitutes just over 13% of all North American Samsung smartphone usage. While the device has been well received globally, buyers of the so-called phablet don't collectively command a large share of U.S. and Canadian smartphone Web traffic.

However, looking at the whole graph, it's clear that Samsung has achieved success to some degree with their newer, larger phone models within North America. 71% of Samsung smartphone usage within the continent is generated by devices with 4.8" displays or larger – equating to about 16% of total continental smartphone Web traffic.

Their one strong suit could come under stress if Apple's rumored iPhone with a larger display come to market this year. The one advantage Samsung had could go up in smoke. 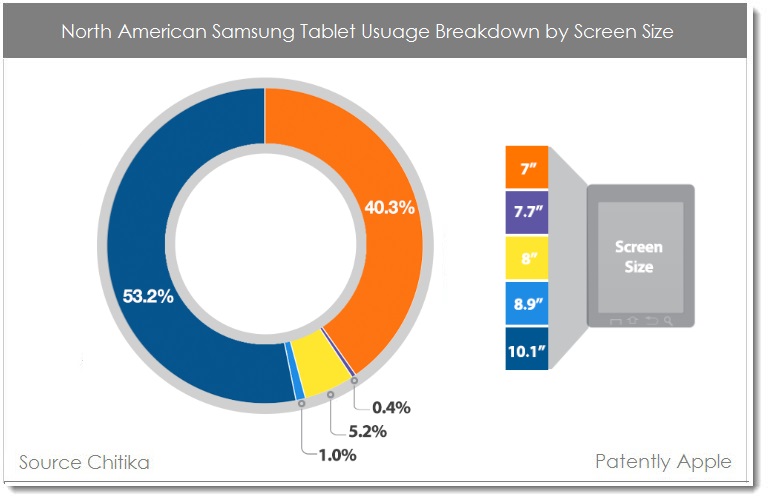 Within the tablet space, Samsung's 7" and 10.1" models are the most popular from an aggregate usage perspective. While the company has and continues to release tablets in between these two more common screen sizes, currently more than 93% of North American Samsung tablet Web traffic is from users within the 7" and 10.1" groups.

While significantly behind Apple in terms of usage share, Chitika notes that Samsung is far and away the largest Android player in the space, which doesn't say much. In the tablet marketplace however, Samsung's future is less certain, as its share (5.9%) has remained largely stagnant since September 2013, and grown roughly 1% since April 2013.