Prior to Apple announcing their financials for calendar Q4 2013 later today, Chitika published a new tablet usage chart. Despite a quarterly and year-over-year share dip, Apple's iPad share rebounded to a level slightly ahead of its pre-Christmas figure of 77.3%, and its users still generate more than three quarters of all tablet-based Web traffic within the U.S. and Canada.

While Apple's iPad competitors gained the smallest of gains this past holiday season in terms of unit sales, the iPad still held its own – helping to sure up Apple's impressive usage share as we begin 2014 in earnest. As noted in Chitika's chart below, Apple held 78.2% usage share in Canada and the US. 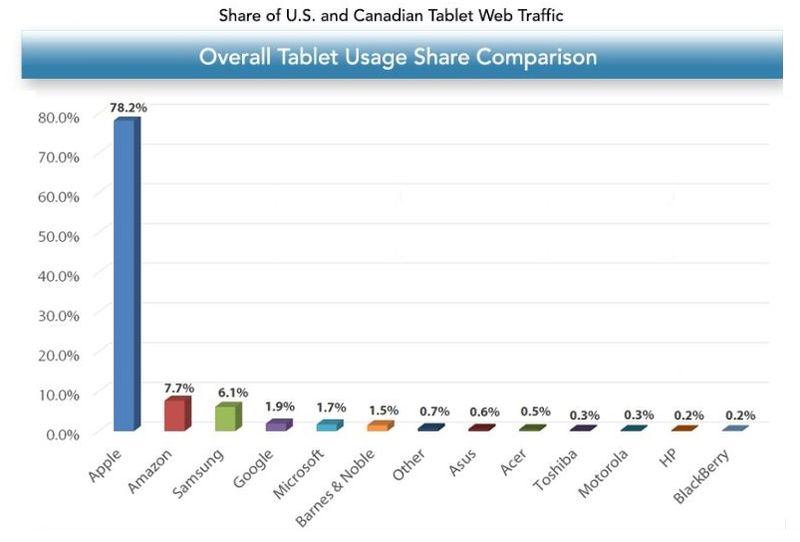 To determine the distribution of Web usage among leading tablet devices for early January 2014, Chitika Insights sampled tens of millions of U.S. and Canadian tablet ad impressions running through the Chitika Ad Network. The data used to compile current usage share was drawn across the time range of January 2 through 8, 2014. 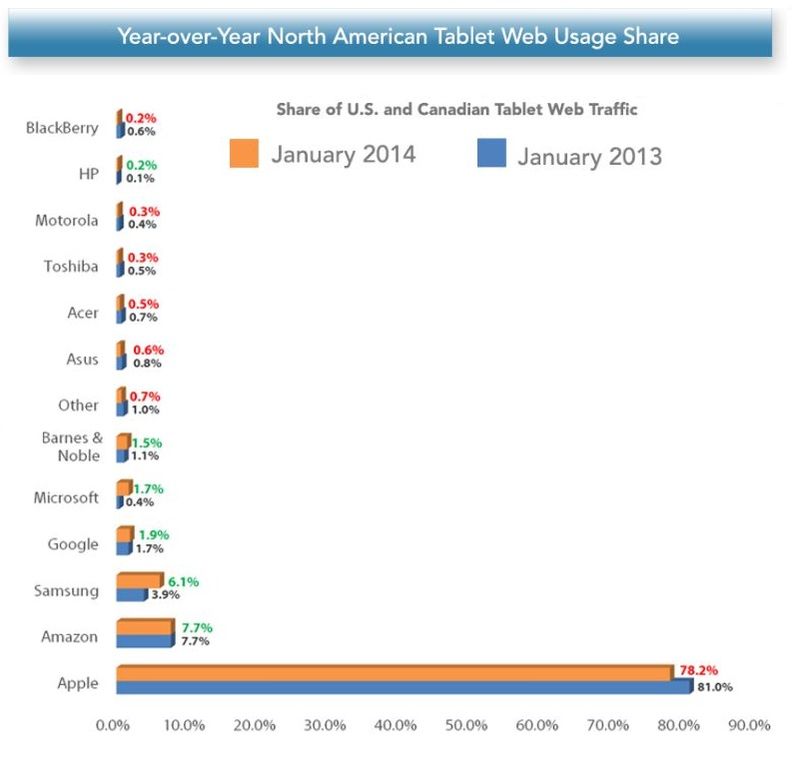 In Chitika's year over year usage chart, we're able to see that Apple's total usage share dipped from 81% in 2013 to 78.2% in 2014. Despite there being eleven competing brands with multiple tablet models and sizes, the iPad continued to hold the monster share of web traffic usage. That's Quite a dramatic lead.

Most of the competing tablets must have been give-away gifts, as Chitika's usage stats make it very clear that the owners of these new tablets aren't really using them online. Perhaps they were used as serving trays at parties.