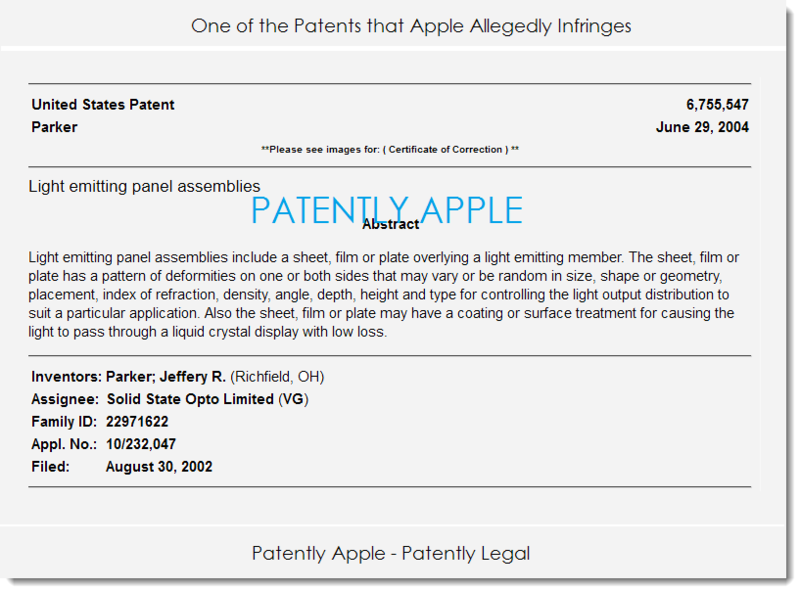 The filing notes that "On June 26, 2013, IDT was assigned all of the right, title, and interest in the IDT patents, including the exclusive right to sue and collect for its own use and benefit all claims for damages by reason of past infringement or use of the IDT patents."

In a separate Corporate Disclosure Statement filed with the court, it was revealed that  IDT is identified as an affiliate of Acacia Research Group.

In November 2012 Business Insider posted a report titled "Tech's 8 Most Fearsome 'Patent Trolls'" whereby they listed Acacia Technologies as the eighth most feared troll. Yesterday we reported on another lawsuit against Apple where there was an Acacia connection.

In this particular case, IDT claims that the infringing display products of Apple's include "desktops, laptops, monitors, mobile phones, music players, and tablets with an LCD (e.g., the iPad 3, iPad 4, iPhone 4, iPhone 5, and MacBook Air)."

IDT further notes in their fling before the court that "By incorporating the fundamental inventions covered by the patents-in-suit, Apple can make improved products, including but not limited to, products with longer displays, thinner displays, and/or displays with a higher light output, a more uniform light output, a lower power requirement, and/or a longer battery life."

The seven counts against Apple are based on the seven patents that we presented at the top of our report. The patents that are noted in each of the counts don't point to any particular patent claims that are infringed upon.

As with most patent troll lawsuits, IDT is seeking the court to triple the damages for willful infringement if Apple is found guilty along with an ongoing royalty from Apple.