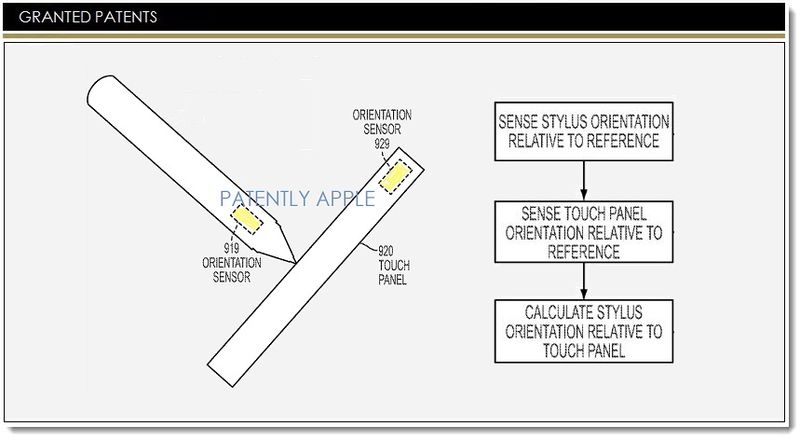 The US Patent and Trademark Office officially published a series of 31 newly granted patents for Apple Inc. today. In this particular report we focus on one patent related to stylus orientation detection. While the late Steve Jobs wasn't a big fan of the "dumb stylus" of yesteryear that was basically a tiny plastic pencil, he knew that one day the technology would give rise to an advanced iPen. Apple has invested heavily in the modern iPen with over 20 patents to their credit thus far.

Many types of input devices are available for performing operations in a computing system, such as buttons or keys, mice, trackballs, touch sensor panels, joysticks, touch pads, touch screens, and the like. Touch sensitive devices, and touch screens, in particular, are becoming increasingly popular because of their ease and versatility of operation as well as their declining price. Touch sensitive devices can include a touch sensor panel, which can be a clear panel with a touch sensitive surface, and a display device such as a liquid crystal display (LCD) that can be positioned partially or fully behind the panel, or integrated with the panel, so that the touch sensitive surface can substantially cover the viewable area of the display device.

Touch sensitive devices can generally allow a user to perform various functions by touching or hovering over the touch sensor panel using one or more fingers, a stylus or other object at a location often dictated by a user interface (UI) including virtual buttons, keys, bars, displays, and other elements, being displayed by the display device. In general, touch screens can recognize a touch event and the position of the touch event on the touch sensor panel or a hover event and the position of the hover event on the touch sensor panel, and the computing system can then interpret the touch or hover event in accordance with the display appearing at the time of the event, and thereafter can perform one or more operations based on the event.

When a stylus has been used as an input device, the stylus has traditionally provided simply a touch input without additional information that can be helpful to the touch sensitive device for detecting touch or hover events. 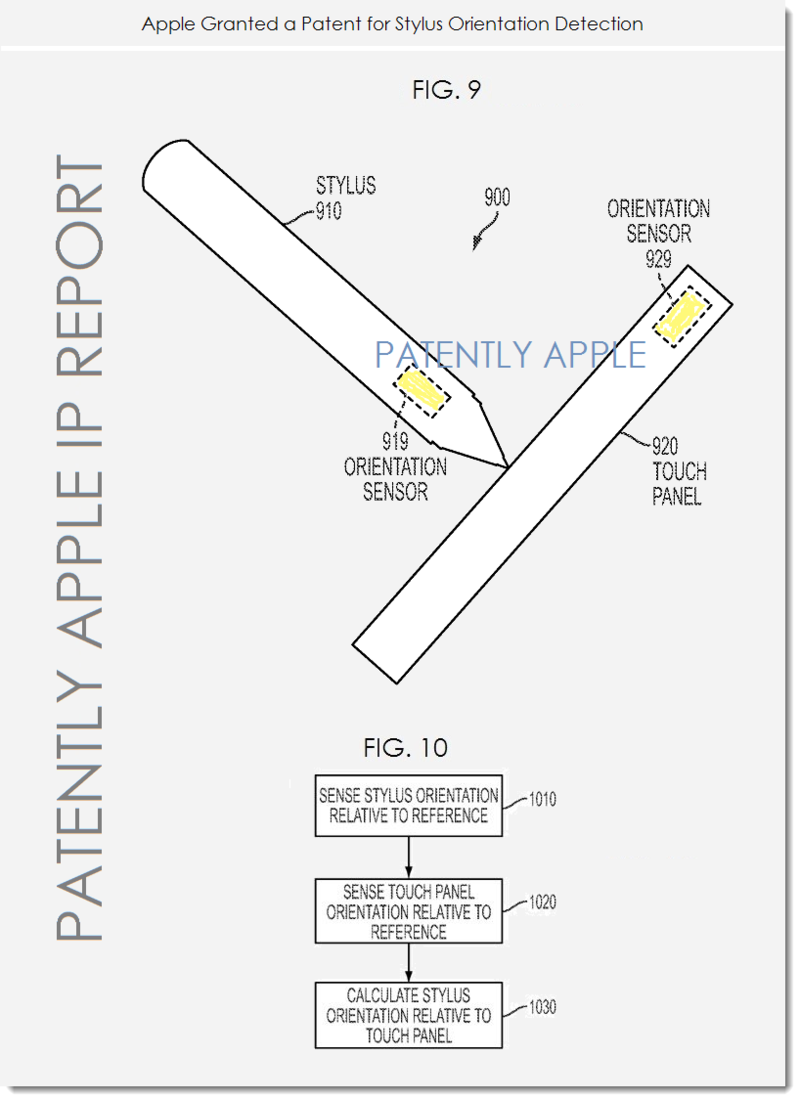 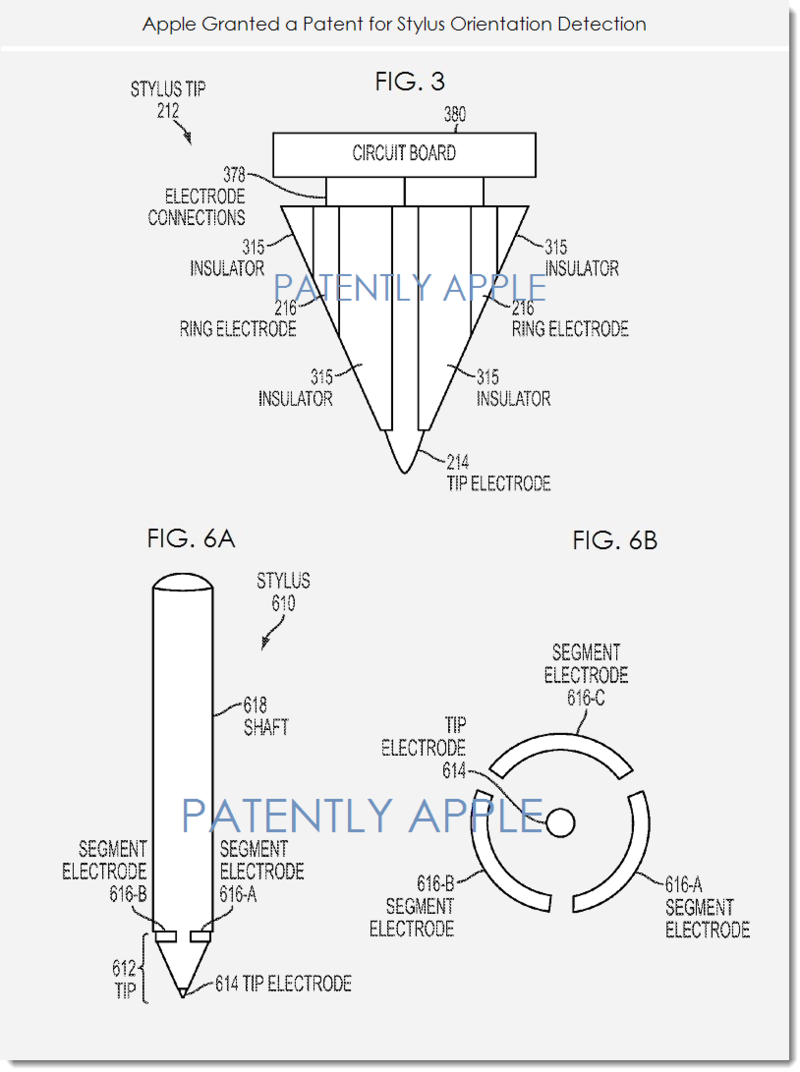