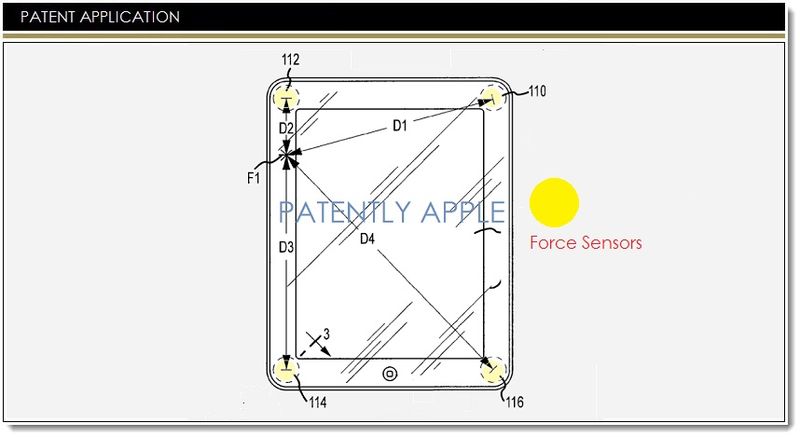 On January 30, 2014, the US Patent & Trademark Office published a patent application from Apple that reveals a possible future iPad bezel that will allow for gesture and touch input detection through Force Sensing. This will allow for virtual buttons to be incorporated right into the iPad's bezel. Apple first revealed their initial work on force sensors back in July 2013 and various aspects of smart bezels in April and December 2011.

Another example of the disclosure may take the form of a method for detecting user inputs to a computing device through force sensing. The method includes detecting by three or more force sensors a force input, calculating by a processor in communication with the force sensors a force centroid based on the force input, and using the force centroid to analyze one or more user inputs to the computing device. 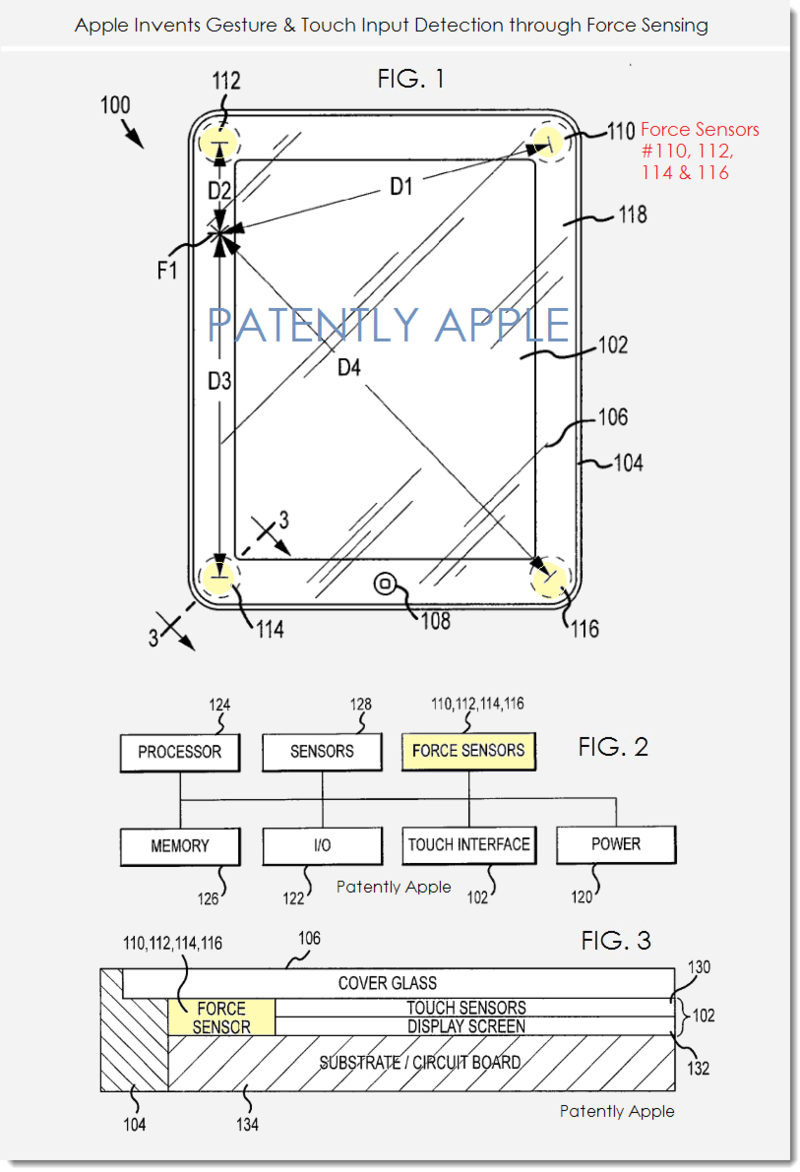 Apple's patent FIG. 1 noted above is a top plan view of an iPad including a touch interface for detecting one or more touch inputs; FIG. 2 is a simplified block diagram of the iPad of FIG. 1; and FIG. 3 is a simplified cross-section view of the iPad taken along line 3-3 in FIG. 1. 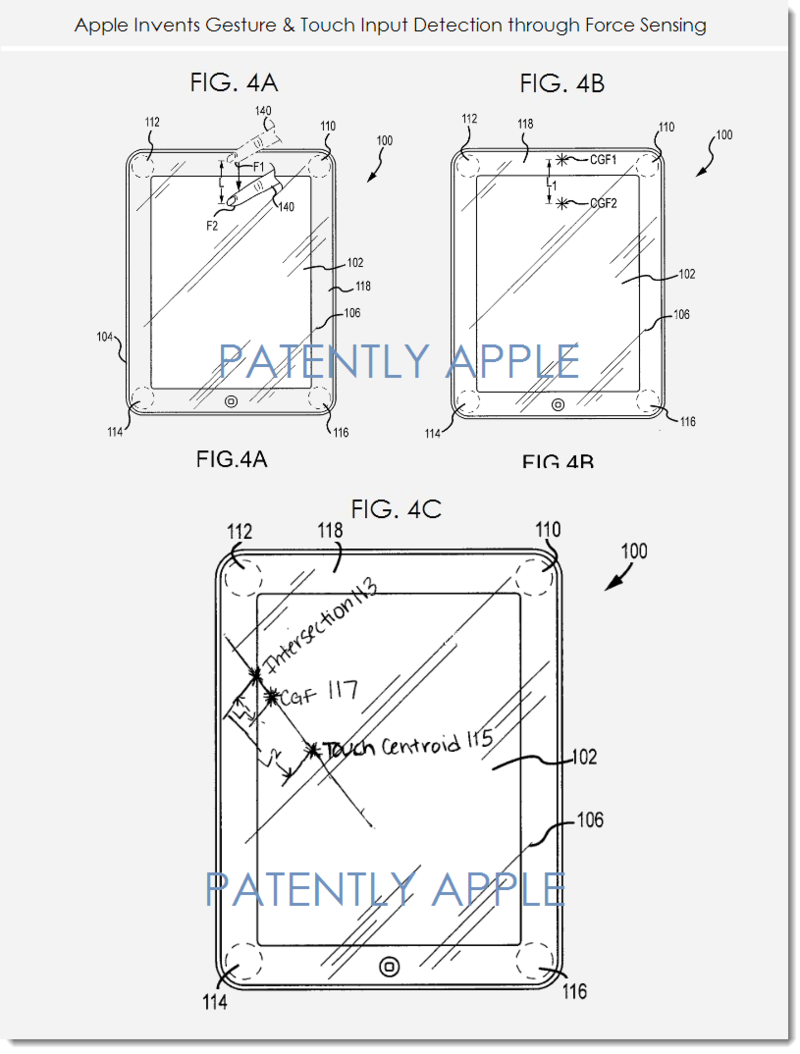 In Apple's patent FIG. 6 noted below, the buttons noted along the right side may be virtual in that they may not include a mechanical switch, but may be selected based on the location of the force centroid. In other words, a specific button 152, 154 may be determined to be selected by a user if the force centroid is closer towards a particular button. 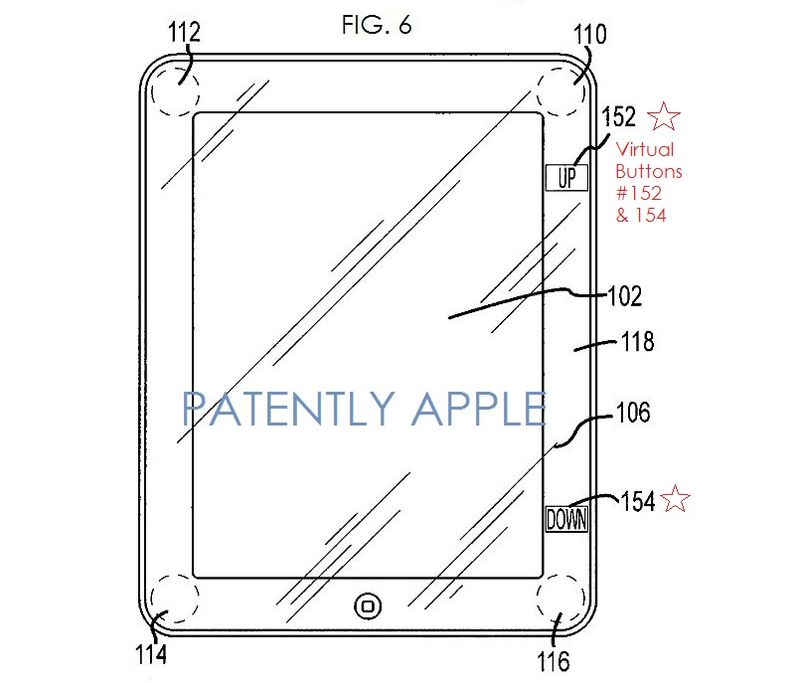 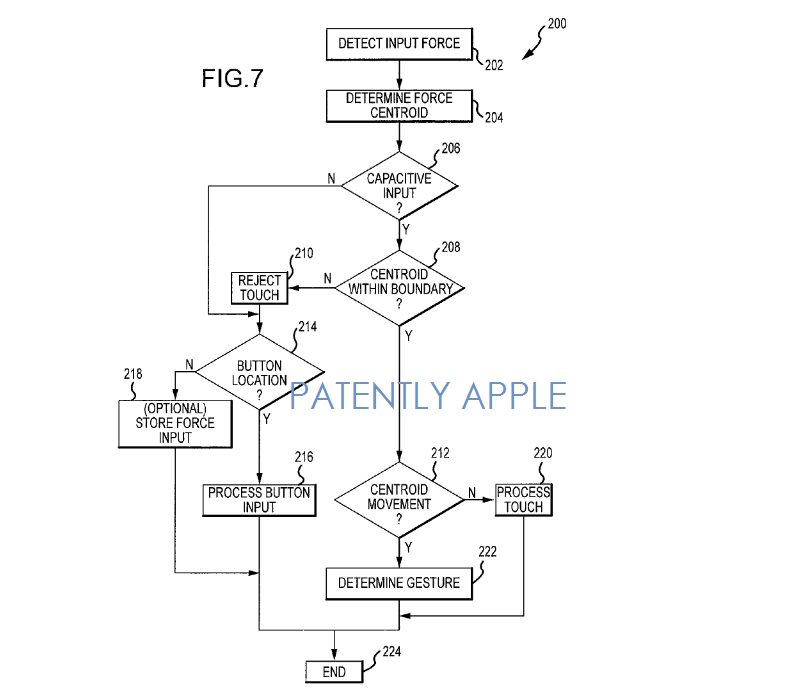 Apple credits Wayne Westerman and Nima Parivar as the inventors of patent application 20140028575 which was originally filed in Q3 2012.