On January 23, 2014, the US Patent & Trademark Office published a patent application from Apple that relates to iAd. Apple states that an individual's responsiveness to targeted content delivery can be affected by a number of factors, such as an interest in the content, other content the user is currently interacting with, the user's current location, or even the time of day. A way of improving targeted content delivery can be to infer a user's current mood and then deliver content that is selected, at least in part, based on the inferred mood. The present technology analyzes mood-associated characteristic data collected over a period of time to produce at least one baseline mood profile for a user. The user's current mood can then be inferred by applying one or more mood rules to compare current mood-associated data to at least one baseline mood profile for the user.

Using the present technology it is possible to infer and/or derive a user's mood and then use the inferred mood in identifying targeted content that is likely to be of interest to the user. An exemplary system configuration 100 is illustrated in Apple's patent FIG. 1 wherein electronic devices such as desktop computers; mobile computers, mobile phones, smartphones and tablets communicate via a network for purposes of exchanging content and other data.

The system can be configured for use on a local area network, such as that illustrated in FIG. 1. However, the present principles are applicable to a wide variety of network configurations that facilitate the intercommunication of electronic devices. For example, each of the components of system 100 in FIG. 1 can be implemented in a localized or distributed fashion in a network. 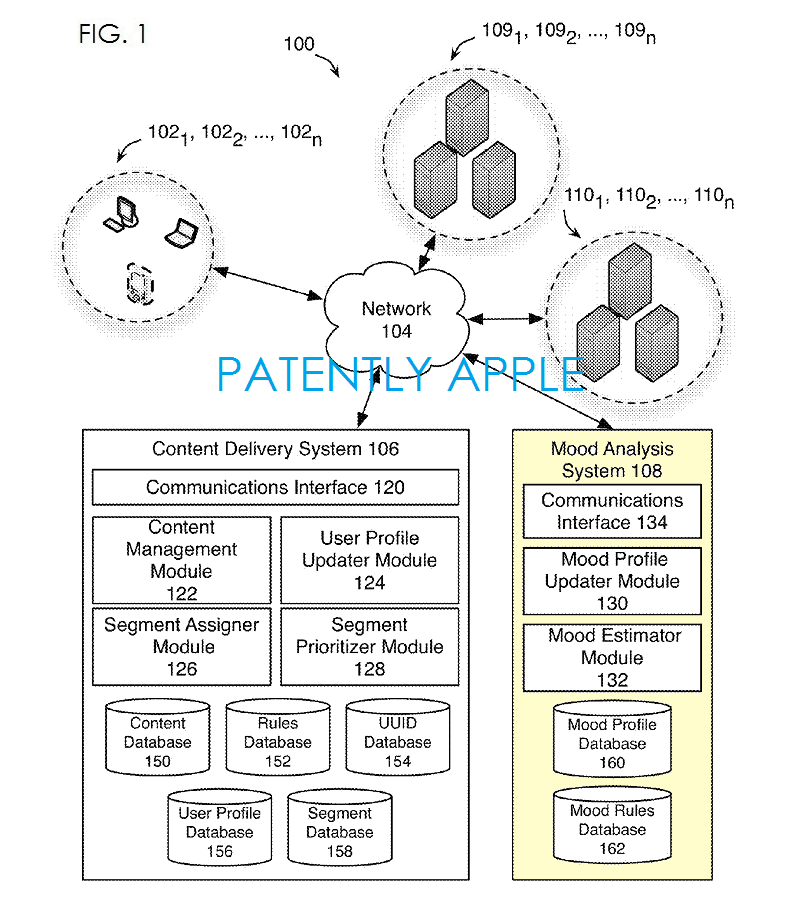 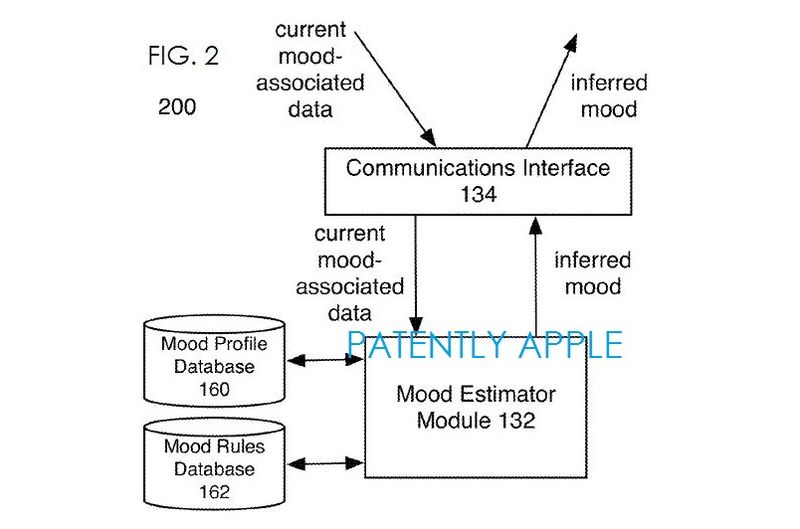 Apple credits Michael Greenzeiger, Ravindra Phulari and Mehul Sanghavi as the inventors of this patent application which was originally filed in Q2 2012. To review the details of this patent and review its 27 patent claims, review Apple's invention.