We first reported on Apple's possible leap to using sapphire crystal glass for future displays in March 2013. In June of that year we published Apple's patent application for a sapphire laminate fusion process. Then in late December we published a killer patent for a flexible sapphire display created with liquid-metal. Last week we reported on new techniques for using sapphire on iDevice displays and today, the US Patent & Trademark Office published Apple's latest sapphire related patent application covering methods for manufacturing sapphire windows.

Mobile electronic devices are ubiquitous in today's society. From cell phones to tablet computers, they can be found in pockets, purses, and briefcases, and are used in both personal and business settings. Generally, the devices include a visual display output. In some cases, display may perform double-duty by providing the visual output and receiving touch input. Often, these devices also include cameras and other input devices. Both the display screens and camera covers are typically made of glass.

In processing the glass for use as a camera cover or a display screen, a large sheet of glass is initially cut into squares by a scribe and break process before each of the cut squares are ground into a desired shape. Chamfers may be added to the individual glass pieces and a chemical strengthening process may be performed to help fortify the glass pieces. Subsequently, each individual glass piece is lapped, polished and decorated to finally produce the glass cover or screen. The process is lengthy and includes many steps, most of which are performed on an individual basis rather than in a batch. Despite all the processing, the glass remains susceptible to damage and scratches, chips and cracks in the glass diminish the ability of the device to perform its intended purposes.

Apple also notes that one embodiment may take the form of a method that includes cutting through the sapphire using a laser. That is, the laser may have sufficient power to cut through the sapphire. To this point, commercially available lasers have not been able to perform this task with sufficient efficiency, primarily due to insufficient power. Specifically, the laser may be capable of operating at or near 50 Watts, although some embodiments may utilize higher or lower power lasers.

Furthermore, in some embodiments, the laser power may be dynamically adjusted to suit a particular purpose. Moreover, the laser may operate in or near the IR band of the electromagnetic spectrum and may be capable of pulsing in or near the pico second time frame. In other embodiments, the laser may operate with pulse lengths from the millisecond to the femtosecond range. The use of the laser provides for a faster cut over conventional techniques, such as CNC grinding used for glass but that still yields a sufficiently clean edge. Further, the laser is able to cut with precision so that a single wafer of sapphire may yield more similar sized windows than a glass wafer that is cut using conventional techniques. 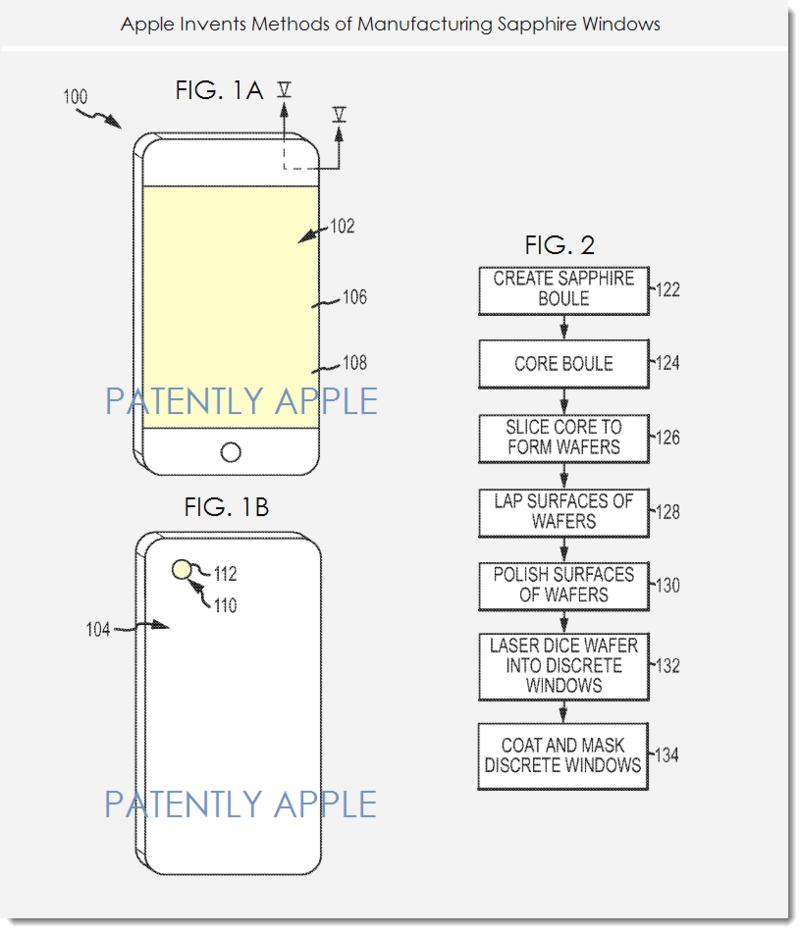 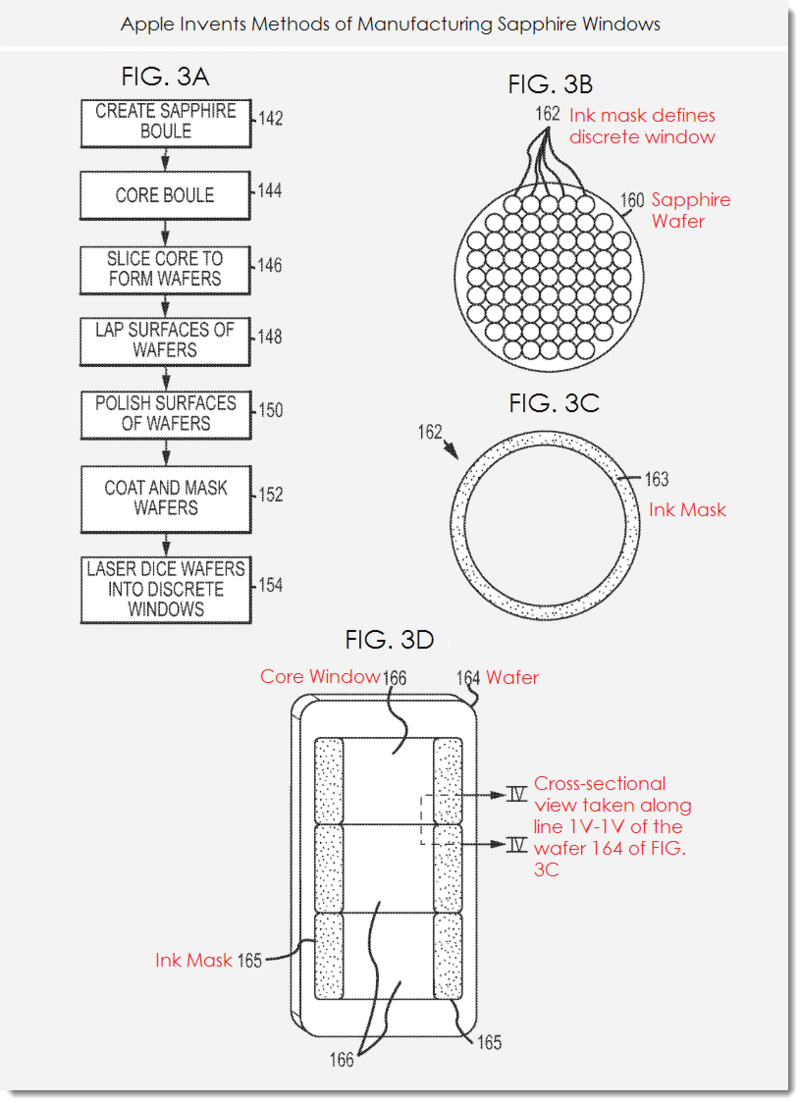 Apple's patent FIG. 6 is a flow chart illustrating yet another example method for processing sapphire windows for use in the electronic device of FIGS. 1A and 1B. 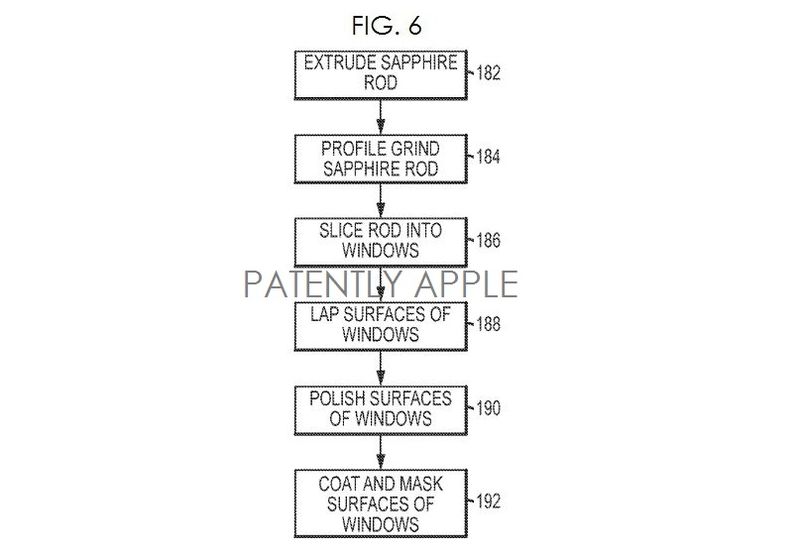