Apple Invents another Find Your Vehicle App for iPhone Users

Last April Apple revealed a patent pending application for indoor mobile location as it related to finding a vehicle in a parking structure. Today, the US Patent & Trademark Office published a patent application from Apple that reveals another parking related invention, except this time it's about finding your vehicle outdoors via a locked-in GPS feature. I had an incident of temporarily forgetting where I parked my car while Christmas shopping at a mega mall this year. I went out the wrong mall door and wasted 30 minutes before realizing my error. A simple app like Apple is proposing would have been great to have – even if you only use it once in a blue moon.

For a large portion of the population, driving a personal vehicle is the preferred mode of transportation. Generally, when drivers arrive at a location, the driver may park their vehicle in a parking lot, parking garage, street, or other designated or undesignated locations. Oftentimes, for many reasons, drivers may have trouble remembering or finding where they parked their vehicle. For example, a parking lot may be very large, with many similar looking lanes and sections, and filled with many vehicles. In such a situation, drivers may have trouble locating their vehicles.

Apple's invention generally relates to a vehicle location system, and more particularly to saving and retrieving the location of a parked vehicle on a mobile device.

Embodiments of the present disclosure relate to systems and methods for locating a parked vehicle. Specifically, a mobile device such as a cellular telephone may automatically save the location of location when it is parked and later retrieve that location and output it to a user. The present techniques allow the mobile device to automatically detect when the vehicle is parked and save the parking location. 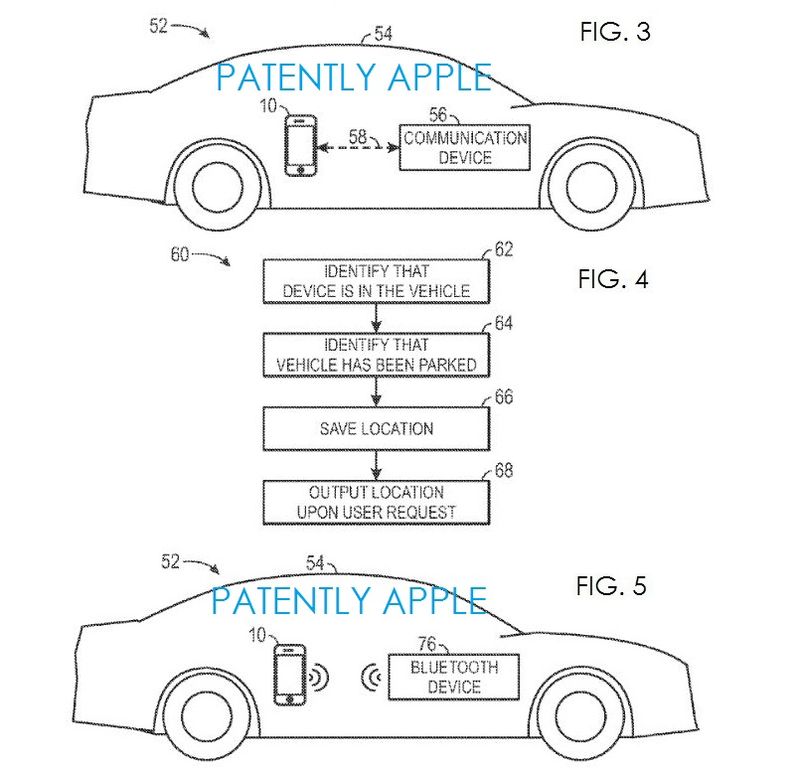 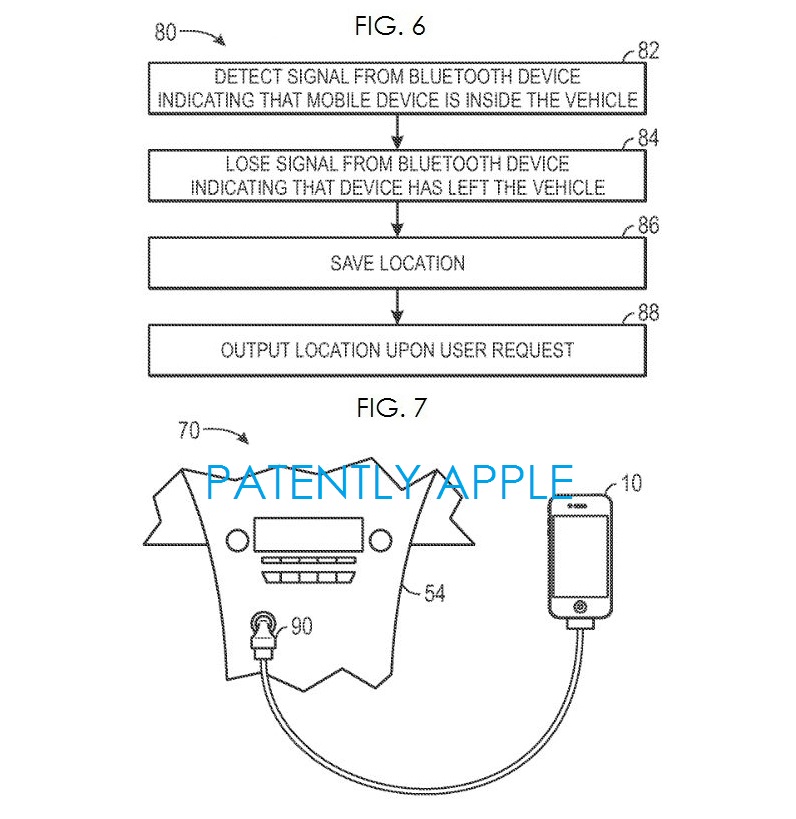 Apple credits Steven Michalske as the sole inventor of patent application 20140028477 which was originally filed in Q3 2012.