The US Patent and Trademark Office officially published a series of 31 newly granted patents for Apple Inc. today. Yesterday Apple announced their Q1 results which included an all-time quarterly record for iPhone sales of 51 million. Today the US Patent Office granted Apple a design patent for their original iPhone crediting the late Steve Jobs as one of the original inventors/designers. Our final granted patent report of the day also includes a full list of the remaining patents that were granted to Apple today.

The userbar according to the present invention provides a method for scaling the entire contents of the object handling facility such that literally upwards of fifty objects (or more) can be accommodated in a single, visible structure. As the objects handled by the userbar become rather small, e.g., due to the size set by the user or due to a large number of objects being added thereto, it naturally becomes more difficult to distinguish between different tiles. Accordingly, exemplary embodiments of the present invention provide a magnification effect, also referred to herein as a fisheye effect, for browsing the scaled contents of the userbar. This mechanism allows specified contents of the userbar, in particular minimized windows, to be presented at a larger size and in greater detail and legibility than other objects in the userbar. This feature permits, among other things, the individual tiles of the tool to retain their legibility and prevents the user interaction with the tool from being compromised by the scaled contents. 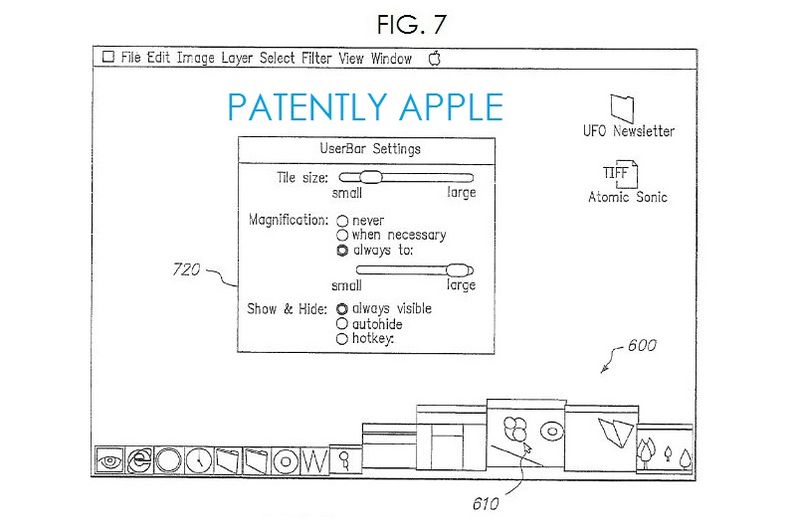 Apple credits the late CEO Steve Jobs, Bas Ording and Donald Lindsay as the inventors of granted patent 8,640,045 which was originally filed in Q4 2011, though the history of this invention goes all the way back to the NeXT OS.

The Original iPhone is granted a Design Patent 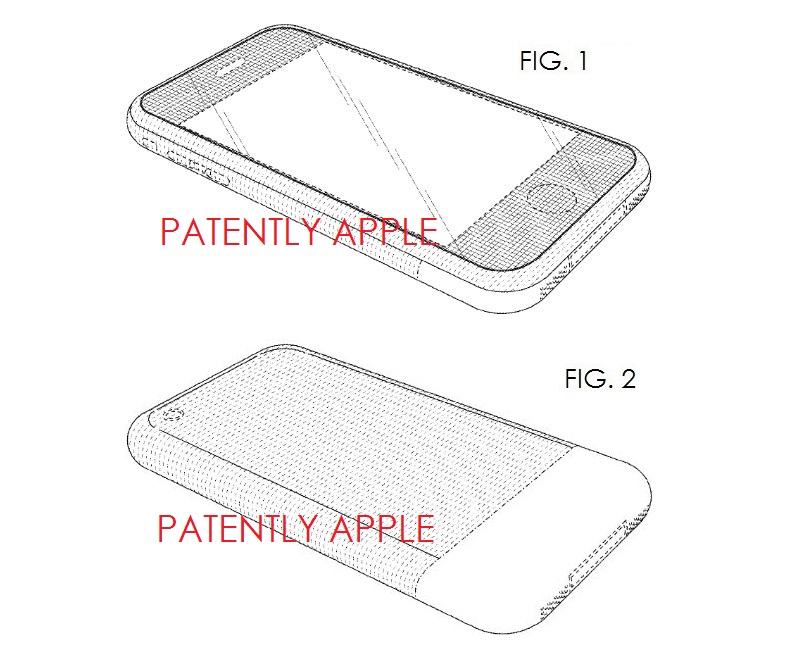 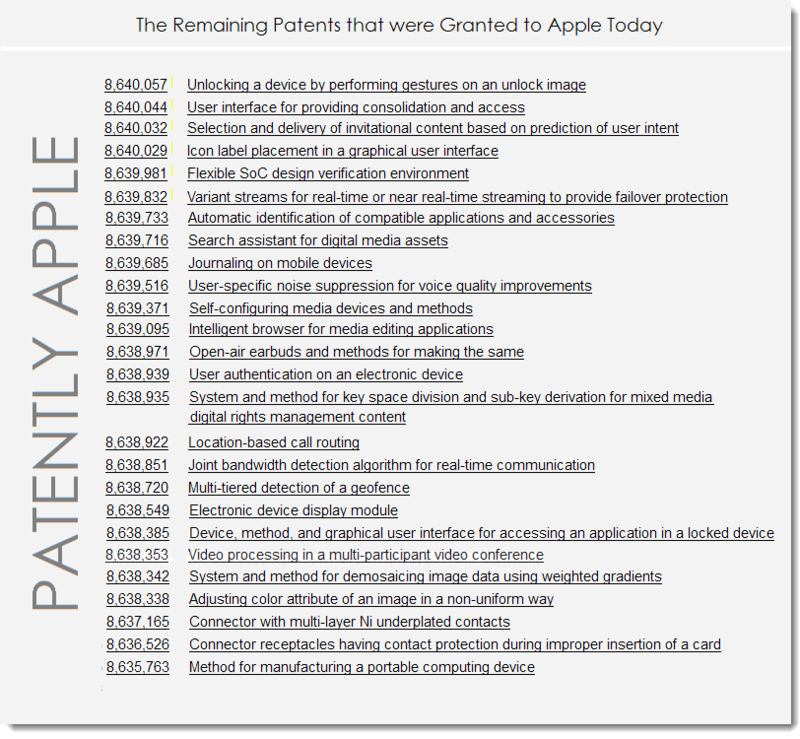