The US Patent and Trademark Office officially published a series of 26 newly granted patents for Apple Inc. today. In this particular report we cover a design patent for the iPhone 4S which credits the late CEO Steve Jobs as one of the designers/inventors. Our report also covers a key patent dating back to the original multitouch iPhone display and another that relates to the original work behind the integrated touch display that finally surfaced with the iPhone 5.

Apple has been granted a patent today for their invention relating to input devices for computing systems, and more particularly, to a mutual-capacitance multi-touch sensor panel capable of being fabricated on a single side of a substrate. Apple's patent may relate to their original work behind their new in-cell display that was introduced with the iPhone 5. 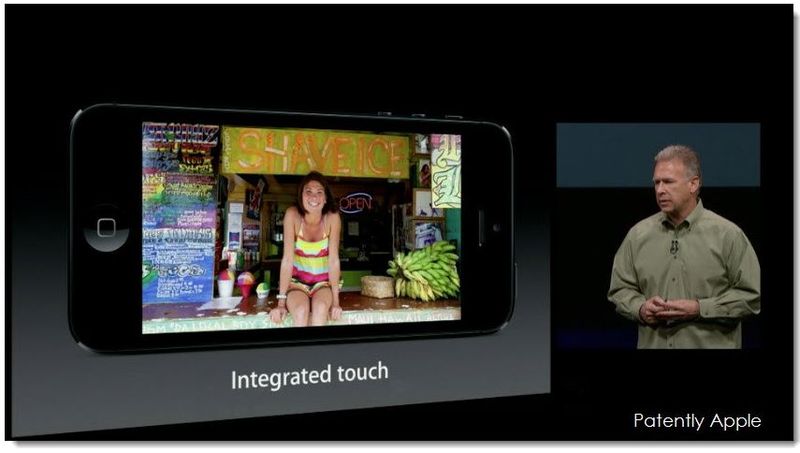 Apple's Phil Schiller pointed to the iPhone 5 having a new integrated-touch display. Schiller stated that "The engineering team went much further. They've done some breakthrough work and have integrated touch sensors right into the display itself," referring to the next generation in-cell display. This makes the display 30% thinner than the iPhone 4S while making the image sharper with less glare in sunlight." Schiller added that "It's truly the world's most advanced display." 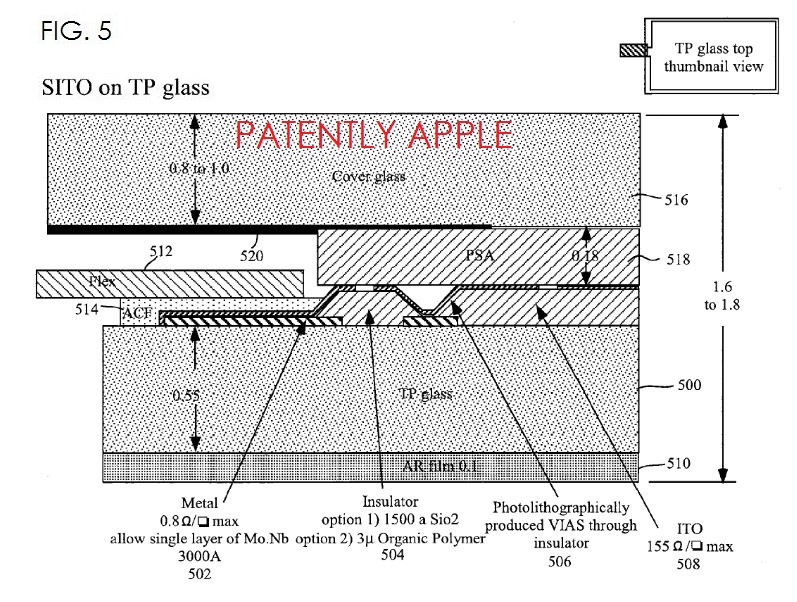 Technically, Apple's patent relates to a substantially transparent touch sensor panel having co-planar single-layer touch sensors fabricated on a single side of a substrate for detecting single or multi-touch events (the touching of one or multiple fingers or other objects upon a touch-sensitive surface at distinct locations at about the same time).

Apple credits Steve Hotelling and John Zhong as the inventors of granted patent 8,633,915. 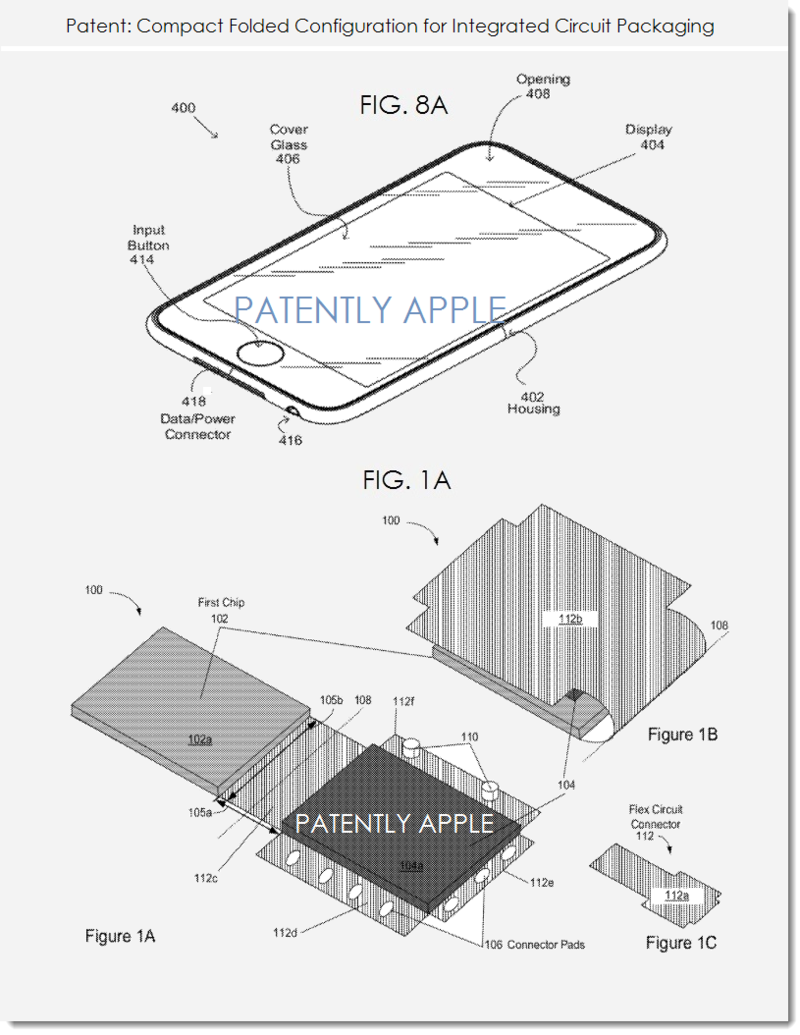 Apple credits Fletcher Rothkopf, Phillip Hobson, Adam Mittleman and Anna-Katrina Shedletsky as the inventors of granted patent 8,634,204 which was originally filed in Q3 2010 and published today by the US Patent and Trademark Office. To review today's granted patent claims and details, see Apple's patent.

Today, Apple was also granted an original multi-touch patent today dating back to 2007 titled "Sensor arrangement for use with a touch sensor that identifies hand parts."

Apple was granted a single design patent today covering the frame component of the iPhone 4S. The late CEO Steve Jobs was credited as one of the designers/inventors. Design patent D697,918 was likely Steve Jobs' Last design credit. 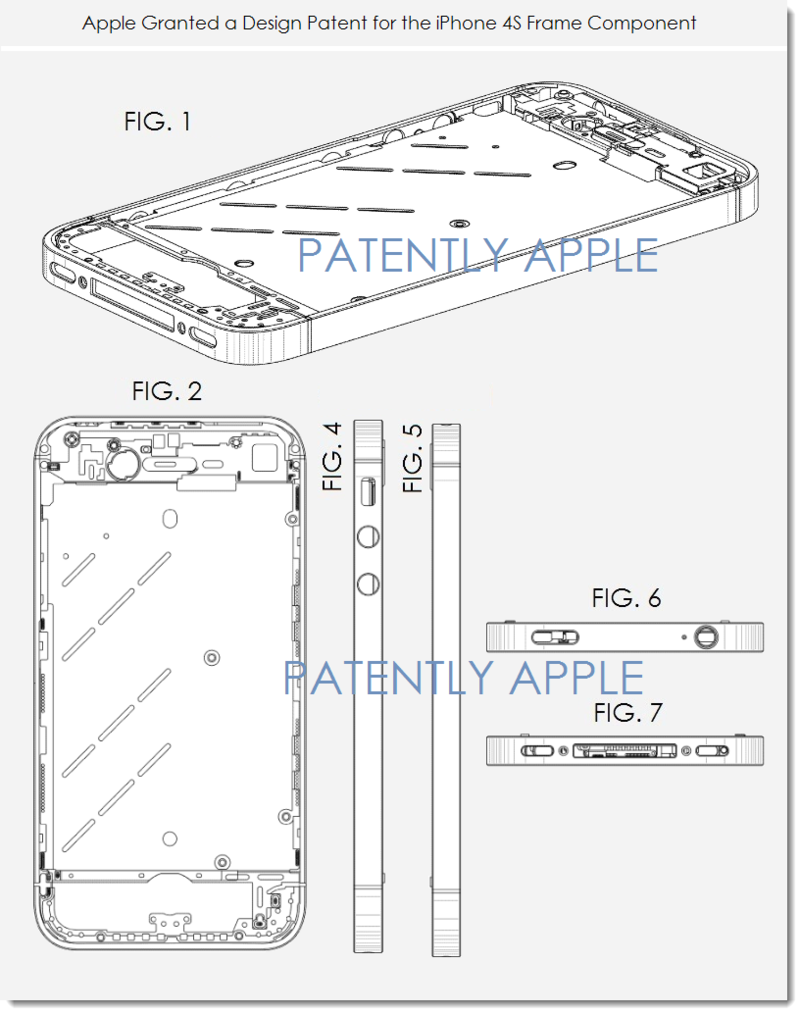 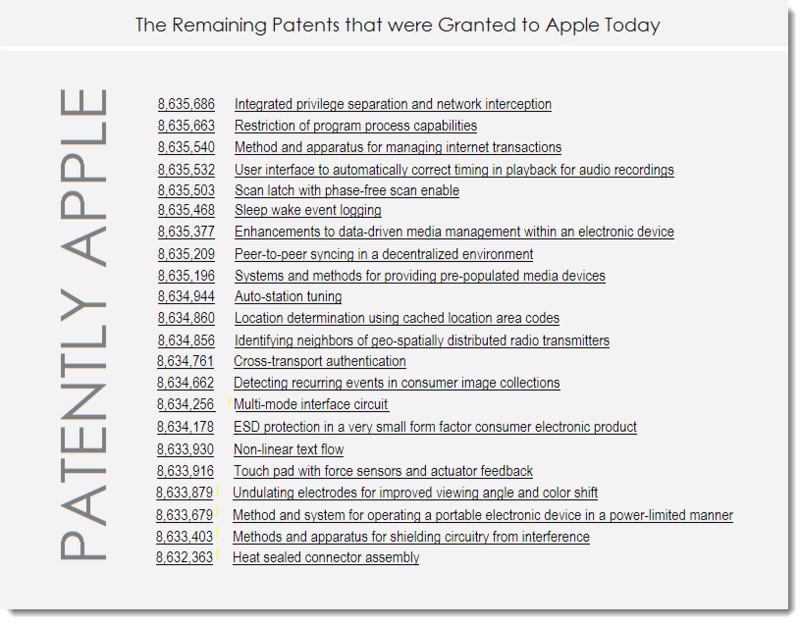