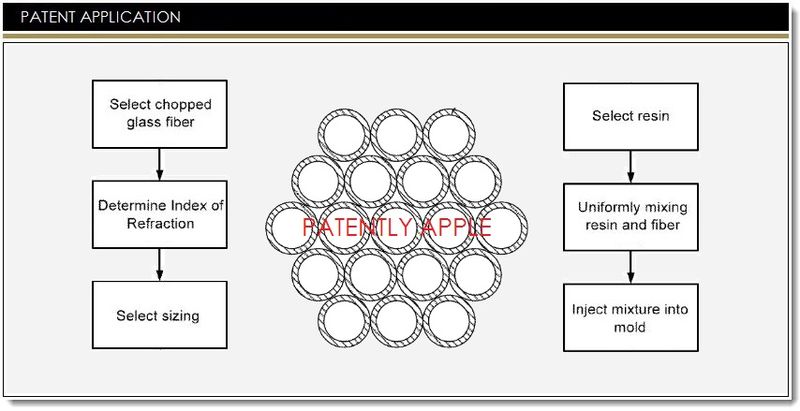 On January 30, 2014, the US Patent & Trademark Office published a patent application from Apple titled "Transparent Fiber Composite." Apple's invention relates to transparent composite materials, and more particularly to relatively transparent composites formed with fibers encapsulated in a resin. Apple has been experimenting with composite materials since 2007 as we detailed in a 2010 patent report. We reported on Apple working on nano-silica fiber coatings in 2013 as well. This is all part in parcel of research that Apple is heavily investing in so as to find new materials for future devices. The wearable computer is one such category that will be able to take advantage of composite materials such as the one found in today's patent filing. Composite materials could be lighter and bend more easily than traditional plastic or metal which is ideal for clothing, smartwatches or other devices like ski boards. While today's invention provides us with no knock our revelation, it does provide us with a view into the research that Apple is currently engaged in.

To form a fiberglass object, the fiber material, often in a mat form, is wetted by a liquid resin. The resin then cures into a solid either in ambient air or in elevated air temperatures. Oftentimes, the fiberglass mat can be placed into a form or mold and then the resin can be applied to the mat to create a particular shape. In most applications, the strength and cost of the fiberglass object are the key desired characteristics of the object. Cosmetic requirements are often less critical. As most fiberglass cures, the fiberglass can appear to take on a slight green hue imparted by the resin. Colored resins can be easier to handle during the manufacturing process. Many fiberglass objects can be painted or have a coverlay (an opaque or relatively opaque covering) applied to both hide the green color and provide a final finish for the fiberglass object.

It can be desirable to have low cost, high strength, relatively clear fiber reinforced composites. Relatively clear fiberglass composites can enable lightweight and strong housings that can include a clear window for either displays or even camera lenses. Fiberglass mats are used to form the hull and cabin in boat manufacturing and also to form lightweight and strong automobile bodies used in auto racing.

Non-optimal resin and fiber selection can hinder the production of relatively clear fiberglass composites. Therefore, what is desired is a reliable way to produce a relatively transparent fiber reinforced composite.

A method of forming a transparent fiber-resin composite by injection molding is disclosed. In one embodiment, a chopped glass fiber is selected and the index of refraction of the glass fiber is determined.

Apple's patent FIG. 10 noted below is a block diagram of an electronic device suitable for controlling some of the processes related to this invention. 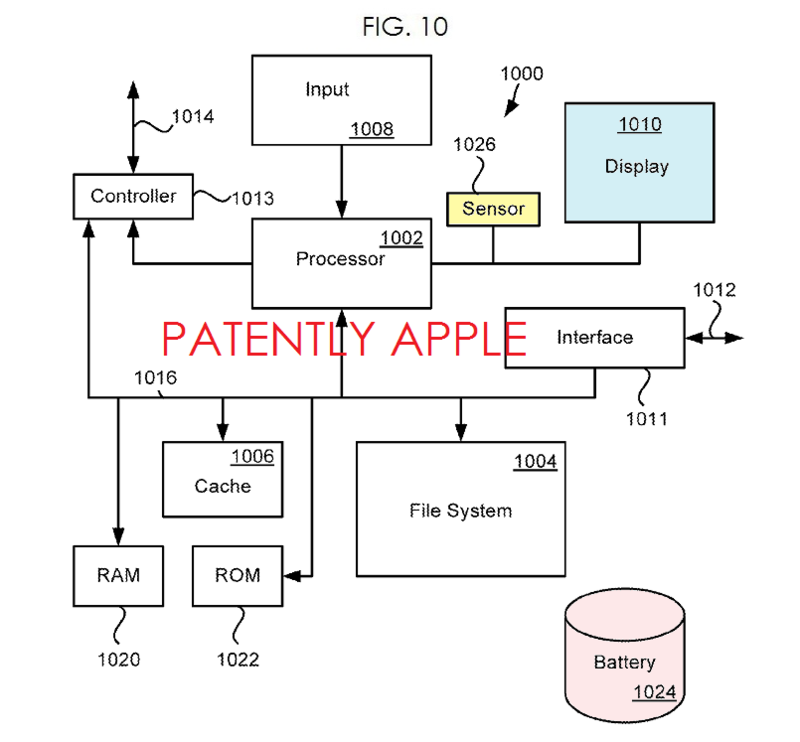 Apple states that electronic device 1000 can include a network/bus interface that couples to a data link which can allow the device to couple to a host computer or to accessory devices.

The data link can be provided over a wired connection or a wireless connection. In the case of a wireless connection, a network/bus interface can include a wireless transceiver. A sensor (#1026) can take the form of circuitry for detecting any number of stimuli. For example, the sensor can include any number of sensors for monitoring a manufacturing operation such as for example a Hall Effect sensor responsive to external magnetic field, an audio sensor, a light sensor such as a photometer, computer vision sensor to detect clarity, a temperature sensor to monitor a molding process and so on.

What Apple is describing in patent FIG. 10 seems to have some strong parallels with Apple's sporting invention that we covered back in early 2009 under the title "Apple is issued an Extreme Sporting Patent Revealing New Devices!" In that invention, Apple described a smartwatch in communication with a smart ski board (or skis) and ski boots. Devices that could also take advantage of the new transparent fiber composite that Apple's invention is about. 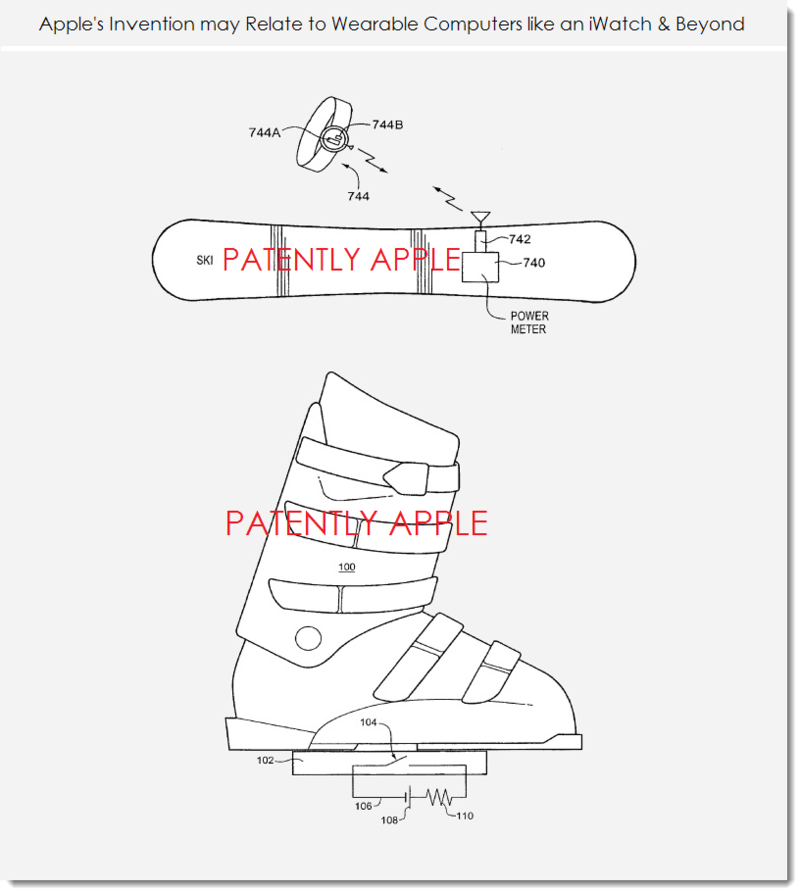 Apple credits Paul Choiniere, Evan Hankey, Michael Pilliod and Peter Russell-Clarke as the inventors of this patent application which was originally in Q3 2012.