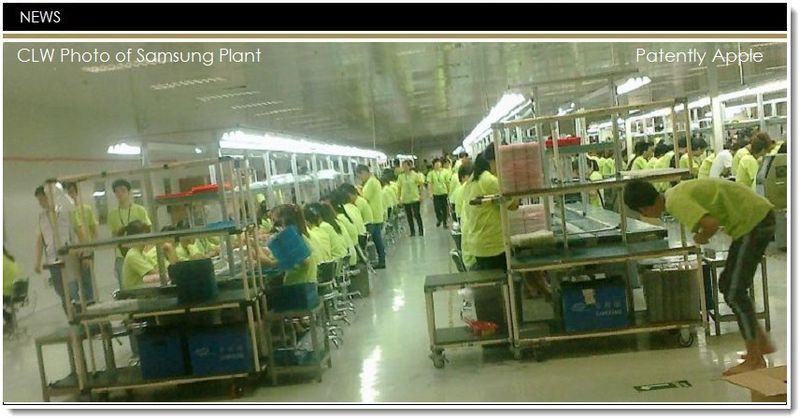 Based on an in-depth undercover investigation, China Labor Watch (CLW) has published a new report on the labor conditions at a Samsung cell phone supplier, revealing labor rights violations that include $84,000 of monthly unpaid overtime wages, up to 148 hours of overtime per month, intense rates of work that have workers assembling one cell phone case every four seconds, regular verbal abuse by management, forcing workers to work barefoot, fines imposed on workers, and insufficient safety training and safety measures.

In September 2013, CLW sent an investigator into Samkwang Science and Technology in Dongguan, China to work on the production line for two weeks. Producing cell phone covers, phone screens, and other parts for Samsung, the Samkwang factory employs over 5,000 workers. This investigation uncovered at least 23 ethical and legal violations, each of which is listed in the beginning of the investigative report linked below.

In other Samsung news today, the BBC reports that Samsung and Philips have revealed that they were among several consumer electronics companies raided recently by European Commission inspectors.

The Commission said it was concerned these firms had colluded in restricting online availability of some products in a bid to drive up prices. The alleged offence would be in breach of European competition rules, reports the BBC.

"The Commission has concerns that the companies concerned may have violated EU antitrust rules that prohibit anticompetitive agreements or concerted practices," it said in a statement.