In late November 2012 we discovered Apple's first patent application for a future wireless charging system. Then in September of this year Apple revealed a follow-up patent filing about their new system in depth. Today, the US Patent and Trademark Office officially granted Apple a patent for their next generation wireless charging system along with a design patent for their ultra-sexy cylindrical Mac Pro Tower.

Apple has been granted a patent today for their invention that relates to a system, method, and apparatus for wirelessly providing power from a wireless power supply to any of a plurality of peripheral devices.

Generally the patent relates to techniques and apparatus for providing useful amounts of power wirelessly to devices within a wireless charging environment. In one embodiment, the wireless charging environment can include various computing devices along the lines of a desktop computer, a laptop computer, net book computer, tablet computer, etc. In some cases, a wireless power supply will be able to be used to provide power wirelessly to various electronic devices such as and iPhone that includes a portable power supply for mobile operation. 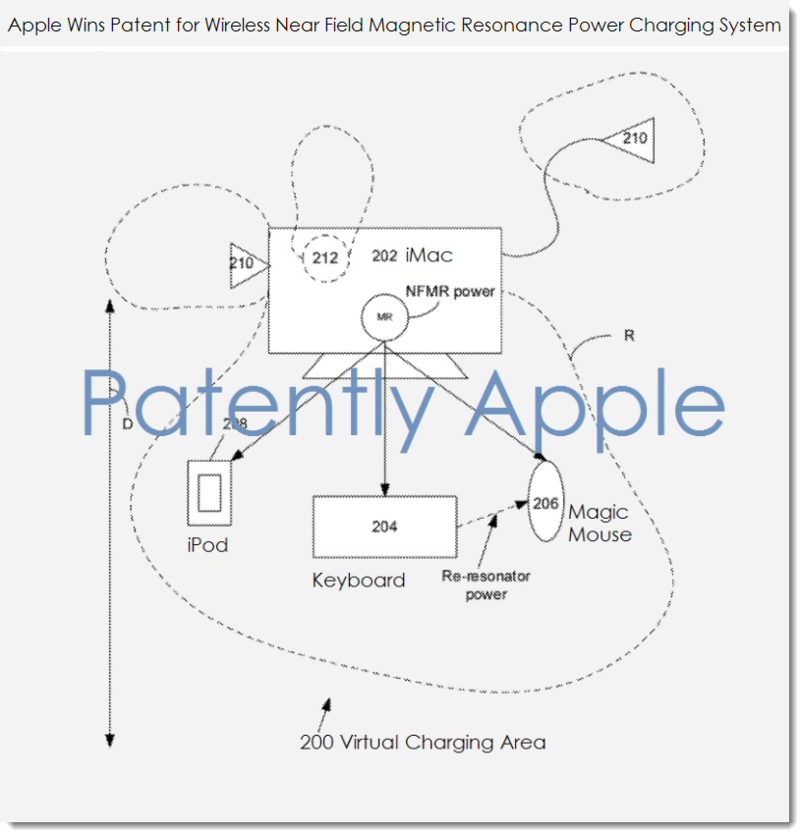 Apple's patent reveals that their new system may use a near field magnetic resonance (NFMR) power supply hidden within an iMac or future Mac Pro.

Apple has been granted three design patents today covering the ultra-sexy Mac Pro that's made in California along with one for Apple TV and another for the third generation iPad with Wi-Fi + Cellular. 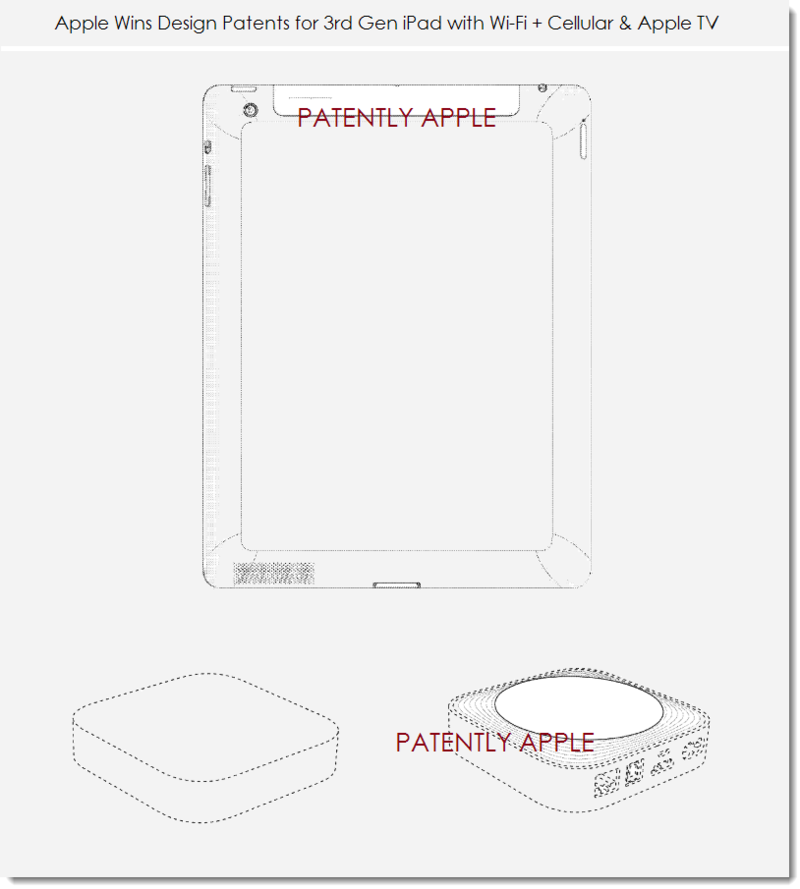