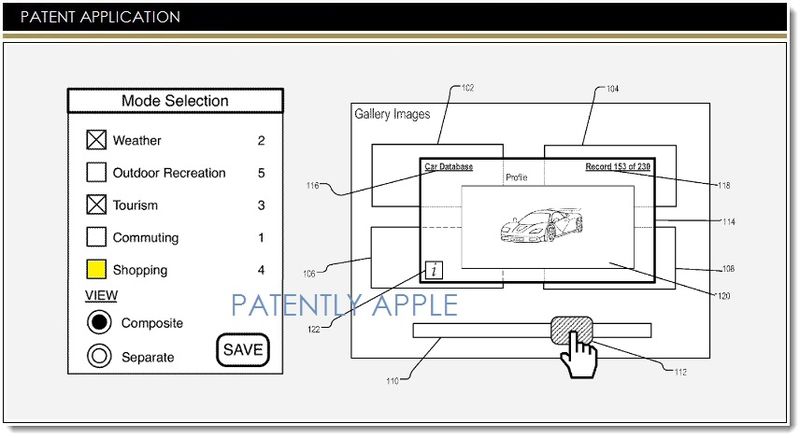 On December 19, 2013, the US Patent & Trademark Office published two mildly interesting patent applications from Apple. The first covers a likely future upgrade to iOS Maps involving a quick and easy interactive menu to find maps of interest be they for transit, tourists or shopping. The second patent filing relates to a heads-up scrolling methodology that will allow users to easily scroll through multiple data records in a database.

Apple's many acquisitions of mapping related companies this year such as Locationary, HopStop, Embark and an indoor mapping company known as WifiSLAM provides Apple with a means to add different layers to their iOS Map app. As you can see in our cover graphic, Apple is illustrating a new menu UI that will provide users with a means of calling up maps that are more relevant to them quickly.

In the future, you'll go to any mall, known or unknown, and be able to call up the local mall's store map without the need of finding the mall's directory thanks to in-part to the WifiSLAM acquisition. And with so much new talent at Apple from three transit-map companies, Apple's likely to be providing commuters with the very best transit maps on the planet in the not-too-distant future.

Apple's patent overview adds that their invention relates to an interactive capability enabling a user to dynamically adjust the content of an electronic map. Different modes can be chosen to emphasize features relevant to a particular interest, e.g. commuting, tourism, weather, etc. Combinations of modes can be selected to create a customized map.

When a search is conducted, the chosen mode functions as a filter for the retrieved results. The map responds to user input directed to a given feature, to display information relevant to that feature. Tapping or clicking on a highway displays the locations of services along the highway. Touching two points on the map causes available routes between them to be computed and displayed to the user, along with relevant data for each route.

Geospatial applications can be integrated with the map to provide information pertaining to the area displayed on the map, and to refine search results to those that are relevant to the area. For more details about Apple's next generation interactive maps, see Apple's patent filing published today by the US Patent and Trademark office.

Whether you work for small or large company or just love cars, technology or any other specialty where you have a large database of images or files the following invention may interest you. Whether Apple's patent better relates to a future feature for FileMaker is unknown at this time. 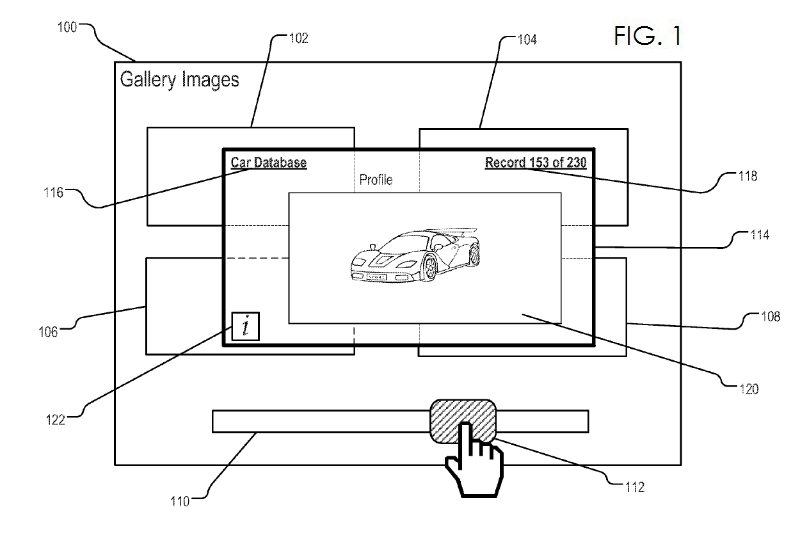 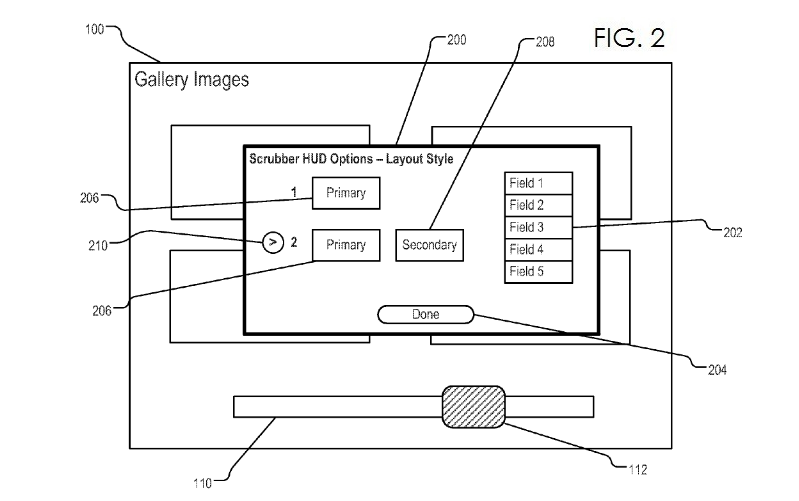 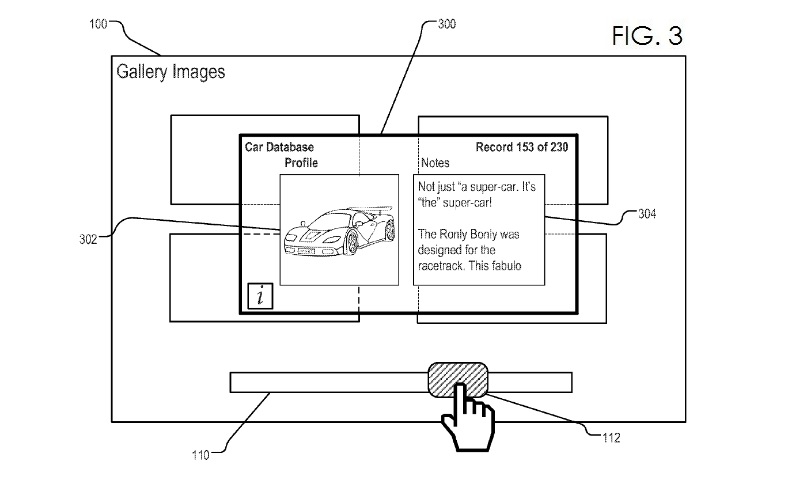