The US Patent and Trademark Office officially published a series of 51 newly granted patents for Apple Inc. today. In this particular report we cover Apple's newly patented telematics system. In addition, we cover three new design patents that include a new Apple Store glass staircase win.

Apple has been granted a patent today for their invention relating to new methods and apparatus particularly suited for applications in a vehicle, to provide a wide range of information, and the safe input of data to a computer controlling the vehicle subsystems or "Telematics."

Preferred embodiments illustrated in this invention utilize new programmable forms of tactile touch screens and displays employing tactile physical selection or adjustment means which utilize direct optical data input. A revolutionary form of dashboard that is stylistically attractive, lower in cost, customizable by the user, programmable in both the tactile and visual sense, and with the potential of enhancing interior safety and vehicle operation is presented. 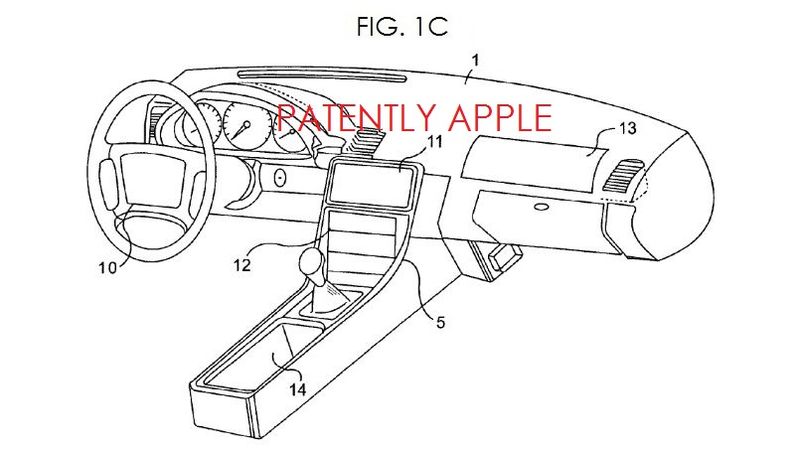 Apple's patent FIG. 1 Illustrates conventional automotive practice, and arrangements of screens and input devices (touch or otherwise) which comprise various automotive operative control and information embodiments of the invention. Further illustrated is a preferred embodiment for near term commercialization, located in this example in the center stack. This embodiment discloses programmable tactile physical selection or adjustment means and is most like the dash operation in vehicles of today, but in addition has programmable visual and tactile aspects of high utility.Projection and LCD display examples with different types of optical sensing are illustrated, as are interchangeable tactile elements.

Prior to Apple announcing "iOS in the Car" in June, Apple's acquisition of 13 patents from Timothy Pryor, which included five patents for advanced telematics, didn't make a lot of sense. Now we see why Apple sought to acquire these patents which also covers the control of appliances in the kitchen and home, as well as patents for game consoles and much more.

Apple was granted three design patents today covering retail packaging for the iPod Touch Loop and the defunct iPad keyboard-dock. Yet the design patent that stood out today by far was Apple's second design win for an Apple Store glass staircase. The first one was granted to them in 2007 that noted the late Steve Jobs as one of the inventors. 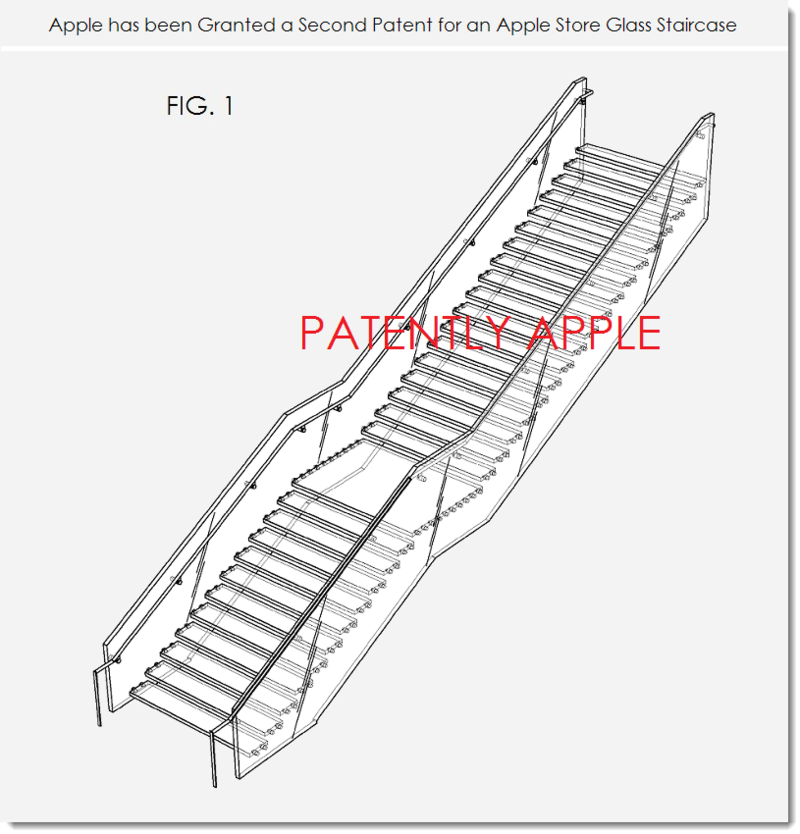 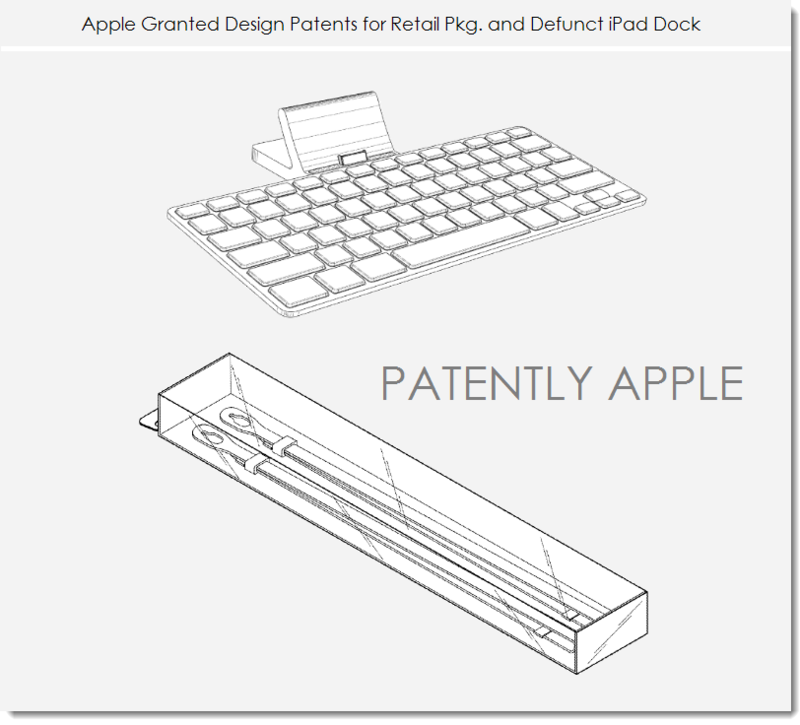