Apple Granted a Patent for an Entirely New Category of Computer

Apple has been granted a patent today for a revolutionary next generation type of computer that Apple describes as an "entirely new category of computer systems as compared to desktops and laptops." 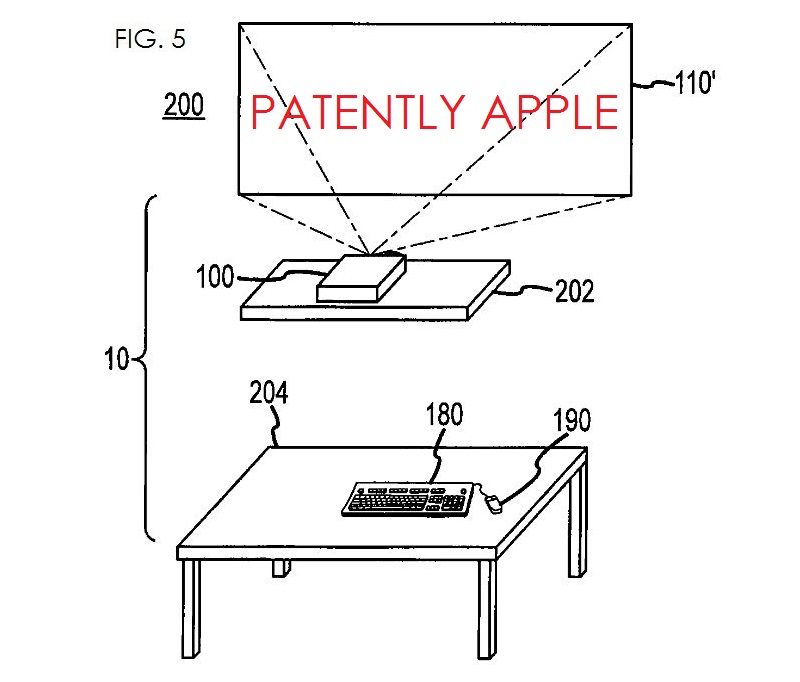 Various embodiments of Apple's invention contemplate using an integrated projector output as a primary visual output, as opposed to the conventional display screens involved with desktop and laptop computers. Such an approach may allow the computer system to be a "desk-free computer," by allowing the computer system to be placed wherever desired, on a desk or table, but also on a shelf, on a floor, or even suspended from a wall or ceiling.

Apple states that by providing wireless interfaces for input devices, such as keyboard and mouse, networking, and the like, the integrated projector output may eliminate any need for wires connecting the computer system to peripherals. Thus, in some embodiments, only a power cord may be provided to the computer system.

It should be noted that while this granted patent discusses inductive charging as part of the invention, Apple has since advanced their focus to magnetic resonance technology for wireless charging.

In respect to the projector, Apple states that they may a light emitting diode (LED) or laser diode based light source. Further, the integrated projector may include an advanced optical engine capable of extreme angle projection. For  example, the laser system will allow the computer system to be placed relatively close to a surface for projection, say 15 inches, while still achieving a relative large image (e.g., > 40 inches). 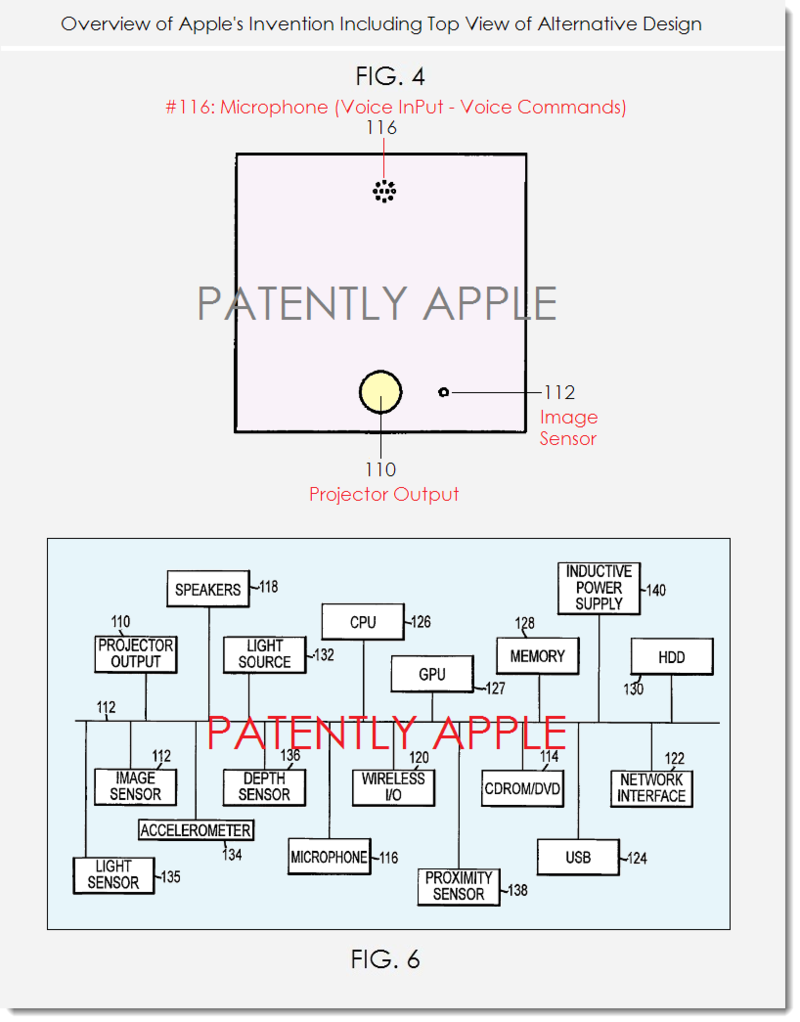 Lastly, Apple notes in patent FIG. 4 that "The microphone 116 or other device may be configured to receive audio, such as voices, from the surroundings to enable communications via the computer system 100 and a network. Althought Apple points to copending application Ser. No. 12/206,546 for the full details of the communications aspect of this feature, you could be almost be assured that in an advanced system such as this that Apple will be integrating voice commands linked to features that Siri will be to initiate - especially if it's related to TV or movies.