The US Patent and Trademark Office officially published a series of 48 newly granted patents for Apple Inc. today. In this particular report we cover Apple's scrollable menu patent and more.

Apple has been granted a patent today for their invention relating to the presentation of menu or toolbar options in a graphical user interface. Specifically, the invention is directed towards presenting numerous options that scroll through a particular location at which the options can be selected. Specifically, the invention is directed towards presenting these options in a radial form as noted below. Radial menus could provide desired menu selections without the difficulties inherent in drop-down menus. Apple's invention could apply to both OS X and iOS. 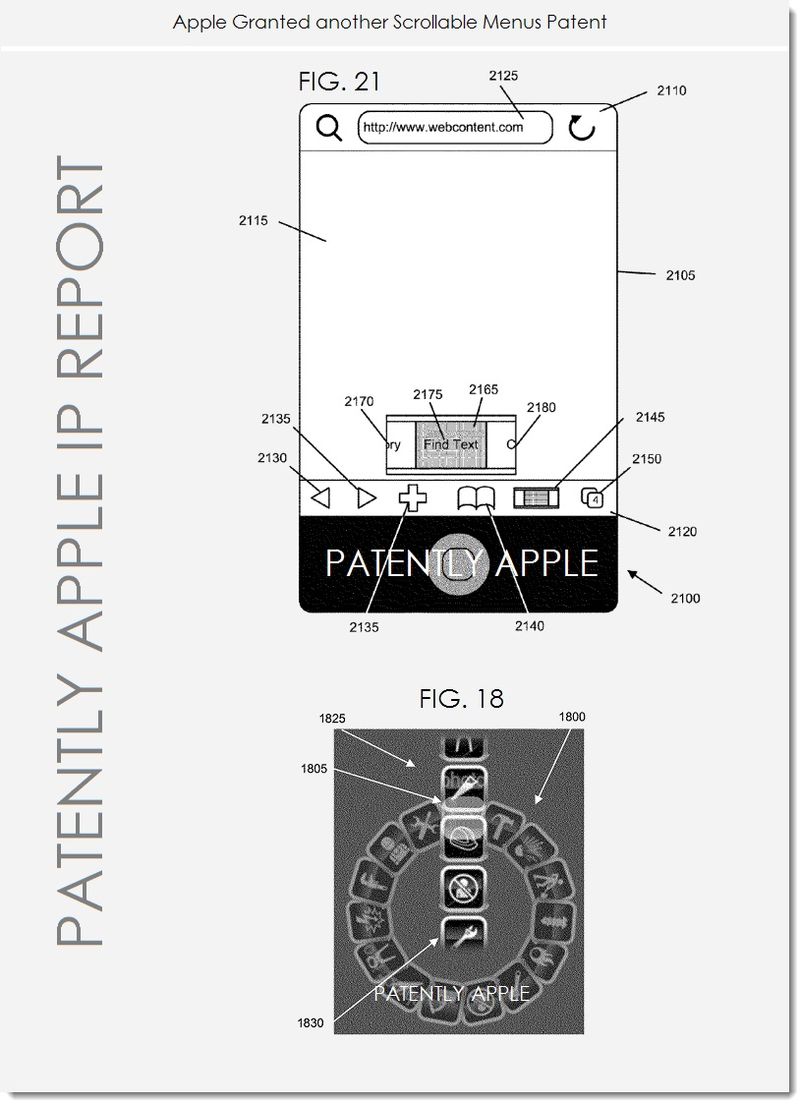 A form of radial menu called "Air Command" was introduced by Samsung in September for the Galaxy S4 and Lenovo introduced a nice radial menu for a new desktop back at CES 2013.

Apple credits Egan Schulz and Tom Langmacher as the inventors of this granted patent which was originally filed in Q2 2009 and published today by the US Patent and Trademark Office. To review today's 29 granted patent claims and details, see Apple's patent 8,601,389.

Two other granted patents of interest include facial recognition and Apple's Panorama camera app. The facial recognition patent basically covers the use of face recognition as a form of user authentication to access a device. Yet with Apple's new Touch ID now in place, it's unclear if Apple will advance this invention in the future. On the other hand, the invention does cover a few additional features that could make it to market in the future and if you're interested in exploring this patent further, check it out here. 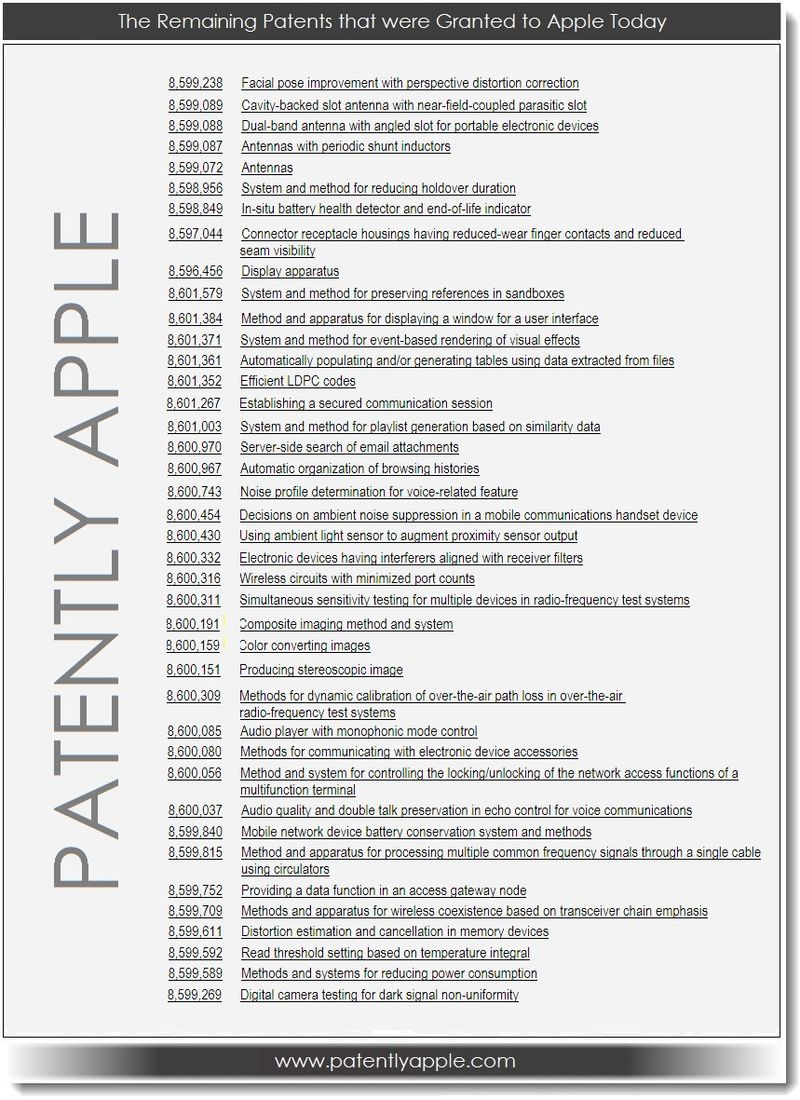