The US Patent and Trademark Office officially published a series of 34 newly granted patents for Apple Inc. today. In this particular report we cover Apple's patented "curved touch sensors" for future flex displays. Apple has a curved display patent for a possible future iPhone and such designs will require curved touch sensors. Our report also provides you with a list of the other 32 patents that we didn't cover in our patent reports this morning.

Apple has been granted a patent today for their invention relating to the formation of touch-sensors, and in particular, to forming touch-sensors having a curved flexible substrate. 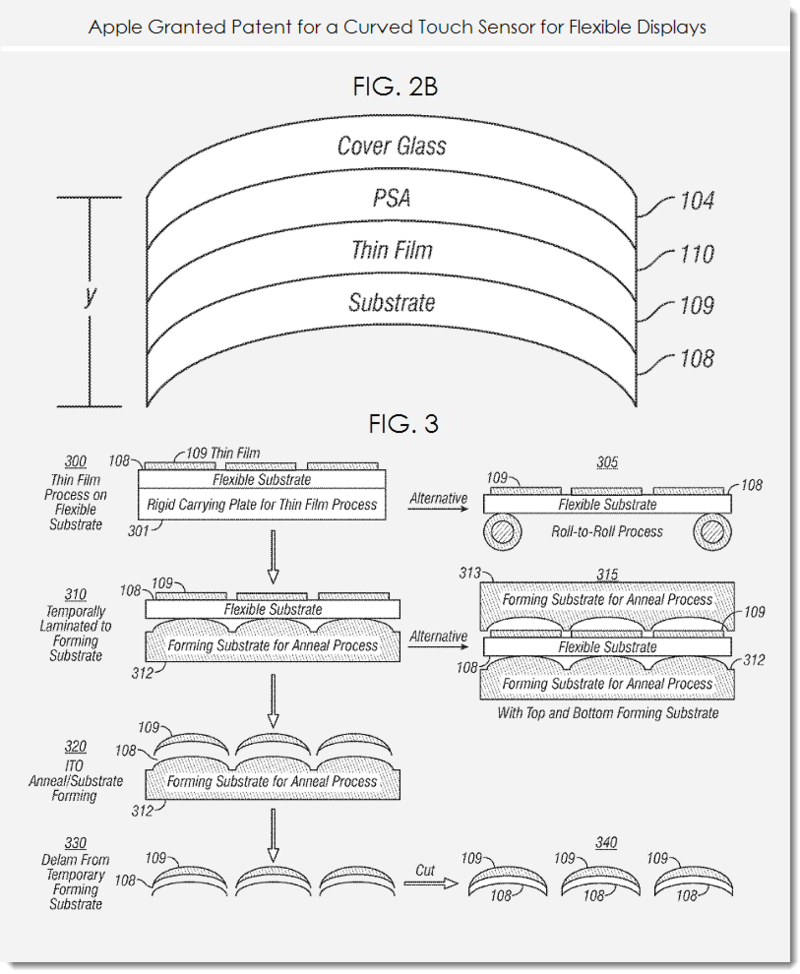 Apple credits Lili Huang, Seung Hong and John Zhong as the inventors granted patent 8,603,574 which was originally filed in Q4 2010 and published today by the US Patent and Trademark Office. To review today's granted patent claims and details, see Apple's patent. 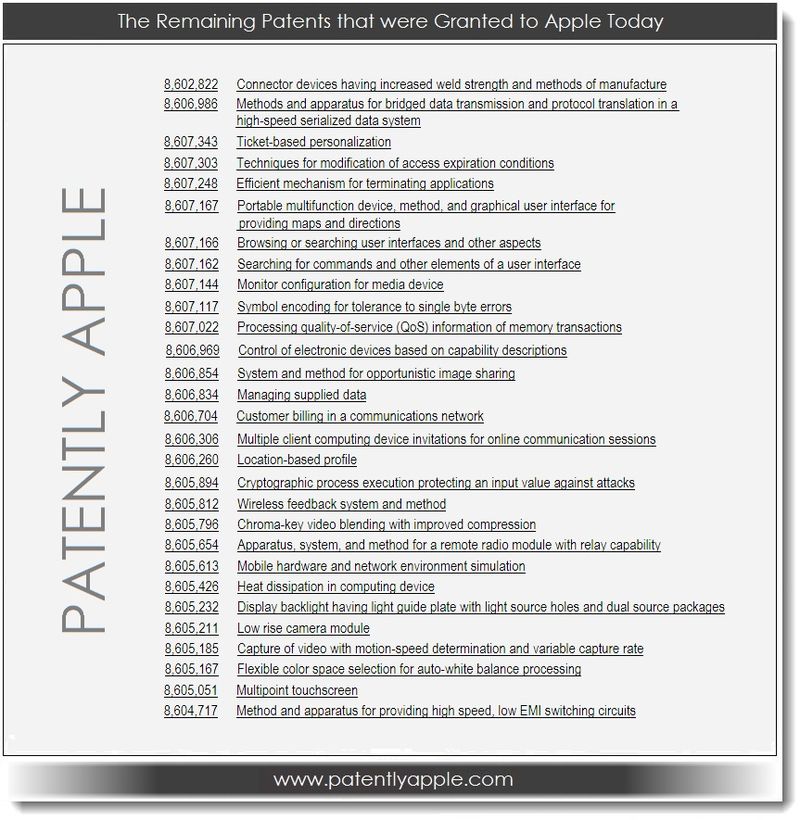