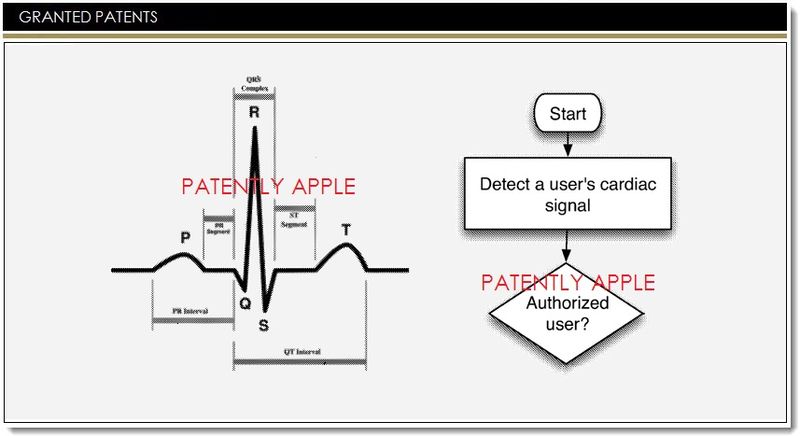 The US Patent and Trademark Office officially published a series of 23 newly granted patents for Apple Inc. today. In this particular report we cover five design patents that were granted to Apple today in addtion to focusing on one key invention relating to an embedded heart rate monitor. The invention states that beyond it being embedded into a future iPhone, the heart rate monitor could be embedded into an accessory. Earlier this year Apple's CEO and other team members were spotted wearing Nike's Fuel band. This led to speculation that Apple's newly published wristband computer invention (that is popularly thought of as a future wearable computer or iWatch) would be an ideal device for embedding a health monitoring system. That makes this granted patent a possible key component of any such future device.

Apple has been granted a patent today for their invention relating to an electronic device having a seamlessly integrated cardiac sensor. Patently Apple first covered this invention back in May 2010 in detail.

The cardiac sensor can be integrated in any suitable portion of the electronic device, including for example a portion with which the user is typically in contact (e.g., an input mechanism or a housing held by the user), or metallic or conductive portions of the device. 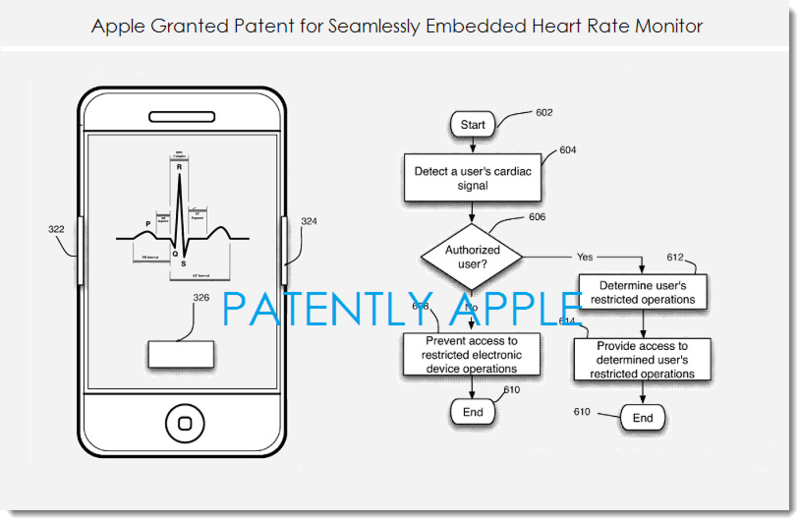 To determine the user's heart rate, heartbeat, or other cardiac signals, the electronic device can include one or more sensors embedded in the device. In addition, to ensure that the aesthetic appeal and appearance of the electronic device is retained, one or more of the isolating components, the leads themselves, and the device enclosure can be finished using a suitable process to disguise the leads.

Heart Sensors Integrated into an Accessory

Where this could get interesting is that Apple points to the invention being able to be integrated in an accessory. "In some embodiments, an accessory coupled to the electronic device could be used to detect a user's heart rate. For example, the leads could be located in one or more earbuds or in a headset, for example."

Apple's Tim Cook and other team members have been noted wearing Nike's FuelBand which fueled speculation about Apple's wristband computer invention that we covered back in late February of this year possibly incorporating a health monitoring system. Today's invention would be a perfect fit for this technology.

Another feature of this invention relates to security. Today, Apple's iPhone 5S includes a Touch ID fingerprint scanning security feature. In the future, Apple could also include the unique heart rate of an individual as a secondary biometric security feature.

Apple credits Gloria Lin, Taido Nakajima, Pareet Rahul and Andrew Hodge as the inventors of granted patent 8,615,290 which was originally filed in Q1 2009 and published today by the US Patent and Trademark Office.

Two other newly granted patents of interest include Apple's "Touch and Hover Signal" technology and to systems and methods for sensing or determining user activities and responding to the user's activities using artificial intelligence process. 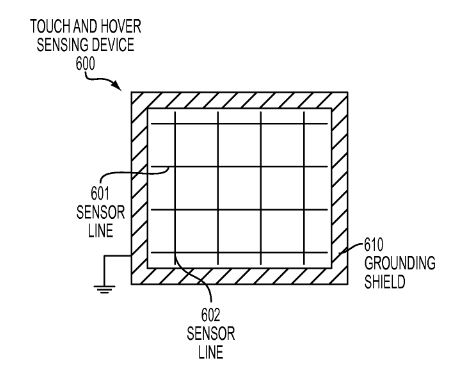 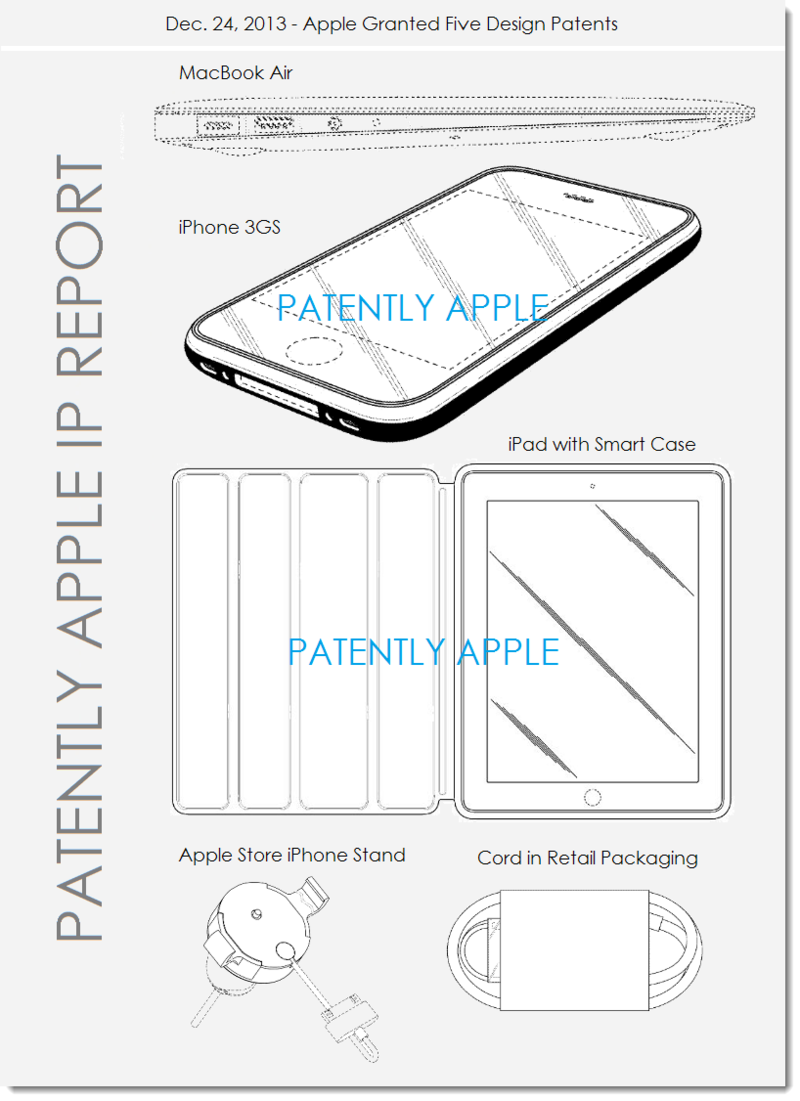 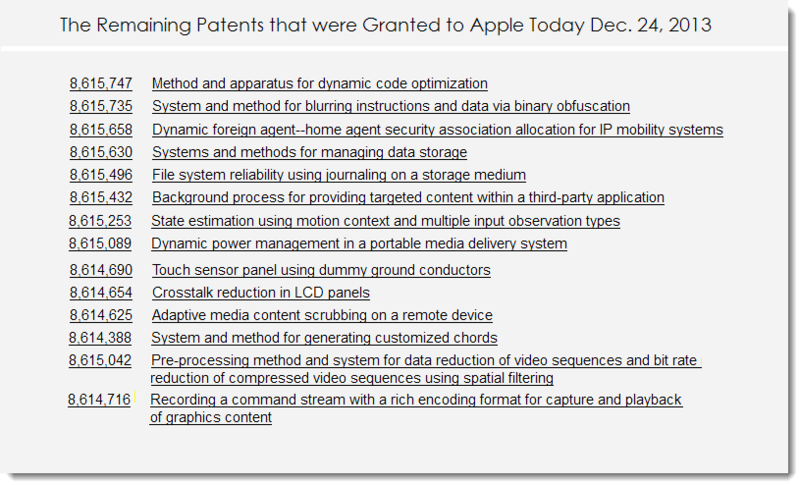