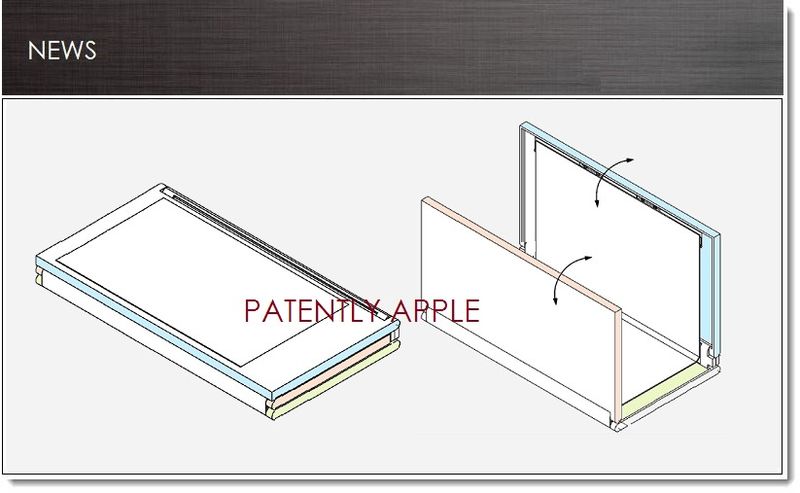 Our Patent Bolt blog began covering Samsung's patent applications for foldable devices/displays back in September 2011. We noted in a December 2012 report that it was becoming a trend in IP filings from Samsung, Microsoft, Sony and others. Months earlier we had noted that Samsung filed for a patent involving a tri-fold flexible/foldable display device. How real is this IP trend? Well, according to a new Korean report, Samsung is sticking their neck out on the line to announce that they'll deliver a foldable display device sometime in 2015. That's a two year window. So consider that to have been the starting gun sounding off to begin the race for the next generation of smartphone and tablet form factors.

To make it crystal clear, Kwon Oh-hyeon, vice-chairman and CEO, Samsung Electronics, stated during day two of an analyst meeting that they "would lead innovation by introducing the 'foldable' display in 2015."

We'll stay on top of Samsung's prediction so as to hold their feet to the fire. Was it just empty bravado to charge-up their analyst meeting or will they actually deliver? Will they be content to sound like an innovator or will they take the industry in a new direction? Do they really have what it takes to be a true innovator? Only time will tell.

At present Apple has a few inventions on the drawing board regarding flexible displays via patent applications and even has one that specifically  points a tri-fold form factor. So perhaps this race will be getting more interesting over the next few years afterall. Does such a form factor interest you? Send in your comments below.