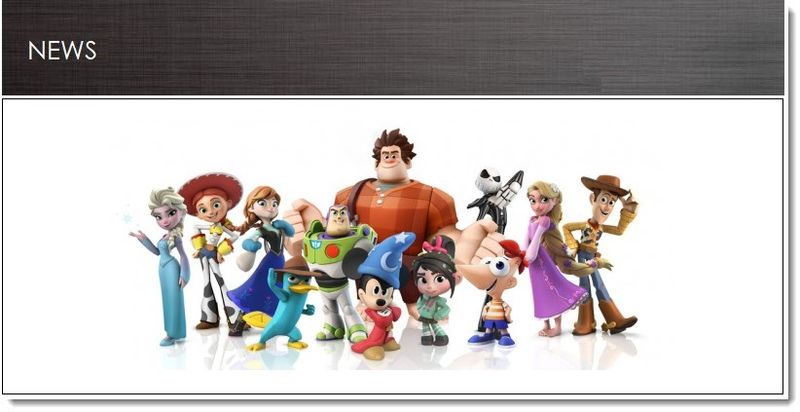 In January of this year we reported that the New York Times had revealed several new initiatives that were well underway at Disney to help the company's online business from bleeding cash. One idea includes another massive redesign of Disney.com, their third in five years. But another sounds far more radical. According to Robert Iger, Disney's chief executive, one of their new products is an ambitious and unannounced gaming initiative that is code-named Toy Box. The initiative is reported to involve a gaming console with extensive mobile and other online applications including various Pixar and Disney characters that will be able to interact with each other for the first time. Today we've learned that Disney has quietly advanced their Toy Box project by registering a new domain referring to their console.


Today Fusible.com is reporting that Disney Enterprises, Inc. has registered the domain DisneyConsole.com. The domain was registered this week through Corporation Service Company (CSC), a company that helps businesses protect their brands. The site notes that the move could simply be defensive, but in light of their patent, it would appear to be strategic. As of today, DisneyConsole.com redirects users to Go.com, the landing page for Disney content (operated by the Walt Disney Internet Group).

A month after the New York Times report was published Disney's CEO purchased another million dollars' worth of Apple stock. Iger was re-elected to Apple's board in February.

There's been a lot of speculation of late that Apple would super charge Apple TV as a gaming console. In July Time Tech wrote an extensive article on such a prospect and pointed to the fact that iOS 7 now includes game-controller support for gaming developers. The report also noted that Google was a little spooked by the idea of Apple entering the game console market and has started a similar initiative as a defensive move.

Along with Time Tech, CNNMoney published a report last week titled "It's time for Apple to go all-in with gaming." The drumbeat for Apple to advance Apple TV to the next level is getting louder.

The expectations for both Apple and Disney to enter the gaming market in new ways in the not-too-distant future may simply be coincidental or may prove to be interconnected in some way.

The new relationship between Apple and Disney stems back to Steve Jobs being the owner and CEO of Pixar and selling his company to Disney. That made Steve Jobs the largest shareholder in Disney. A month after Steve Jobs passed away, Disney's CEO Bob Iger joined Apple's Board of Directors.

Whether the connection between the two companies will ever culminate into a gaming console alliance for content is unknown at this time. To see some of Disney's patent graphics and related information take a peek at our 2012 report.