Vantage Point Technology alleges that Apple has infringed upon patent 5,463,750 titled "Method and apparatus for translating virtual addresses in a data processing system having multiple instruction pipelines and separate TLB's."

More specifically, Vantage claims that Apple "has directly infringed, either literally or by equivalents, one or more claims of the '750 Patent by making, having made, using, selling, offering for sale and/or importing products that satisfy each and every limitation of one or more claims of the '750 Patent, including at least Claim 1. Such products include, at least, any and all chipsets with an ARM based Swift, dual ARM Cortex A9s, or ARM Cortex A8 core processor design. Such products also include smartphones, tablets, and/or computers that incorporate those chipsets. Upon information and belief, the accused chipset products include at least the Apple A6, A6X, A5, A5X, and the A4. Upon information and belief, Defendant has incorporated those chipsets into at least the following accused electronic device products, which it makes, has made, sells, offers to sell, and/or imports: iPhone 5, iPhone 4s, iPhone 4, iPhone 3Gs, iPad (4th Gen), and iPad (3rd Gen). 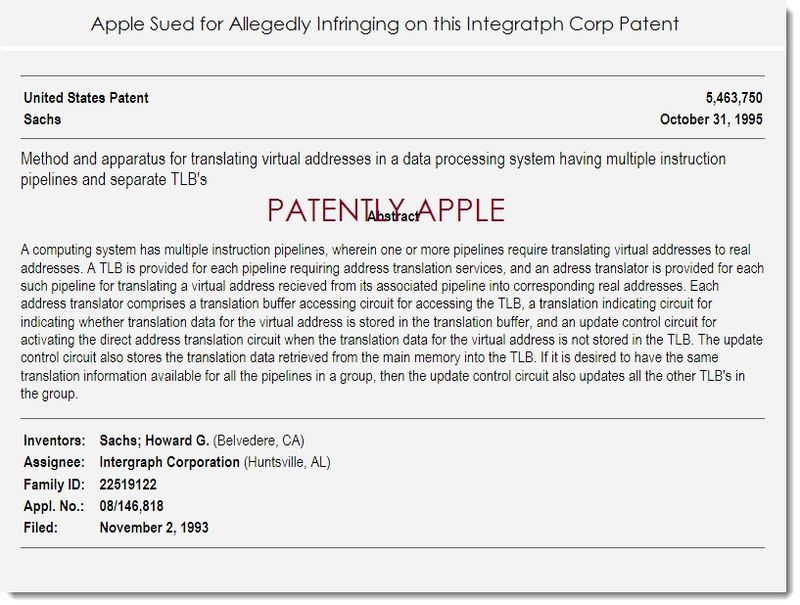 Furthermore, "Defendant's manufacture, sales, offers to sell, and/or importation of the identified accused chipset products and additional electronic device products incorporating those chipsets were unauthorized, without the permission of Plaintiff under 35 U.S.C. §271 for which it is directly liable."

The formal complaint before the court is seeking a "reasonable royalty" from Apple.