On November 15, 2013, the US Patent & Trademark Office published Apple's latest trademark filing for their iOS 7 Newsstand icon. Apple's Newsstand is a built-in application on iOS devices. It's dedicated to downloading and displaying digital versions of newspapers and magazines. In September Apple released the newly redesigned iOS 7 which included new icon designs. Newsstand is only one of the new designs. Apple's filing includes a jumbo image of the new icon. 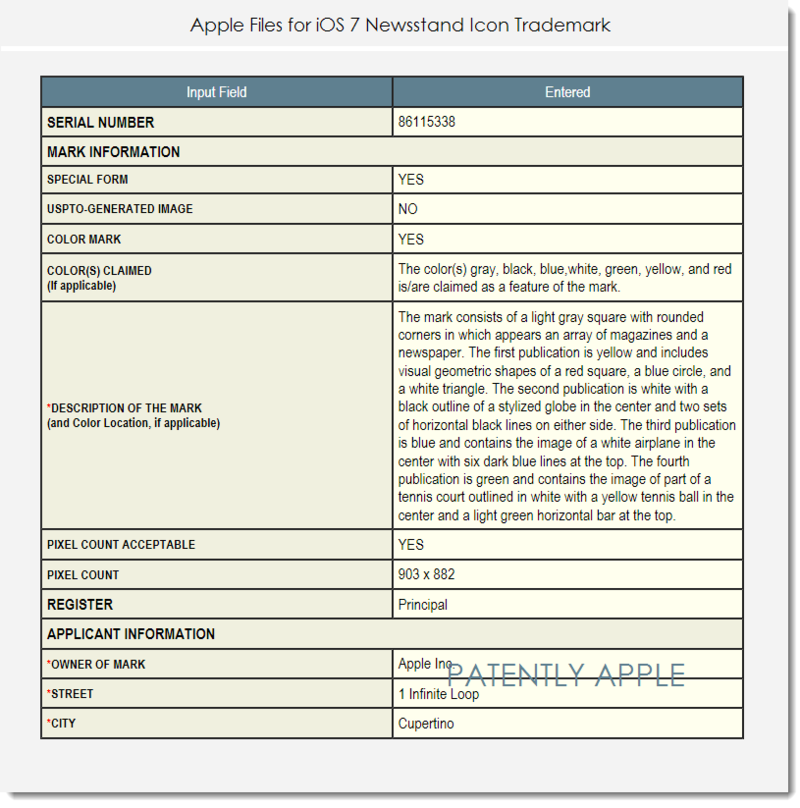 According to US Patent and Trademark Office's documentation, the trademark was filed under International Class 009 which covers "computer software for use in finding, organizing, sharing, and viewing news and information for use on handheld mobile digital electronic devices, mobile phones, digital audio and video players, hand-held computers, tablet computers, personal digital assistants, and electronic organizers." 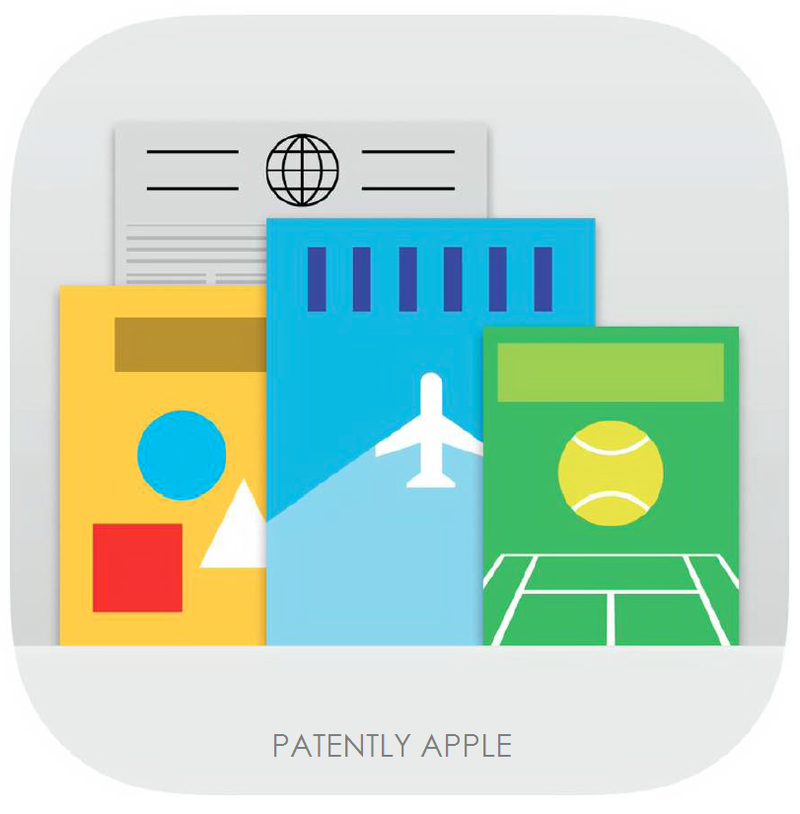 Apple's Newsstand icon specimen is a French version of iOS 7 with Newsstand being noted as "Kiosque."

Apple also filed for their Newsstand icon in Hong Kong China as noted below in our graphic. Apple's priority filing was made in Jamaica in May 2013 under number 062652.