Will Apple Design a Hybrid ARM-x86 CPU for Future Devices?

In an interview at the company's Cupertino headquarters in 2012, Apple's CEO Tim Cook unveiled Apple's OS X Mountain Lion that incorporated several features from iOS that powers all of Apple's iDevices. At the time, the Wall Street Journal noted that Mountain Lion was "the clearest sign yet of Apple's belief that the mobile, laptop and desktop world are destined to converge—and that Apple wants to be a catalyst. Today, news of a new kind of convergence is in the wind and industry watchers are wondering if Apple will join, if not lead, this next wave.


Apple's CEO Tim Cook told the Wall Street Journal in 2012 that "We see that people are in love with a lot of the apps and functionality here," pointing to his iPhone. "So, anywhere where it makes sense, we are going to move that over to Mac." A new emerging trend may expedite convergence.

According to a new ABI report published today, "There are many trends simultaneously affecting the market for mobile device semiconductors. Two have been the shift towards multicore application processors and the addition of x86 and MIPS to what used to be purely an ARM play. Two newer trends are the addition of heterogeneous processing functionality and 64-bit processors for mobile devices.

The trend towards more integrated platforms is the most crucial. From 2013 to 2018, the share of integrated platforms compared to all application processors in terms of shipments will jump from 46% to 79% while the revenue shares of the same will be higher. Smartphone application processor (integrated and standalone) revenue as a percentage of total mobile device semiconductor revenue for the major components will increase from 71% in 2013 to 89% in 2018.

During 2013, roughly one-third of smartphones shipped will have been based on a reference design, and this will increase over the next five years. Excluding Apple and Samsung, reference designs for 2013 will have comprised over three-quarters of smartphones shipped. Apple and Samsung's large market share skews the actual trends in the addressable market that affect semiconductor vendors.

According to ABI, "Companies wanting to remain competitive in the mobile device space will have to offer the major components as an integrated platform with reference designs available—even Apple and Samsung will likely move towards integrated platforms for their own devices."

Will Apple consider adding x86 instructions to their ARM based processor designs in the future so that convergence between iOS and OS X can be realized in new products? One chip, two operating systems.

Although it seems like a natural move, Tim Cook went out of his way to say that hybrid computers from their competitors are not focused and are actually confusing. 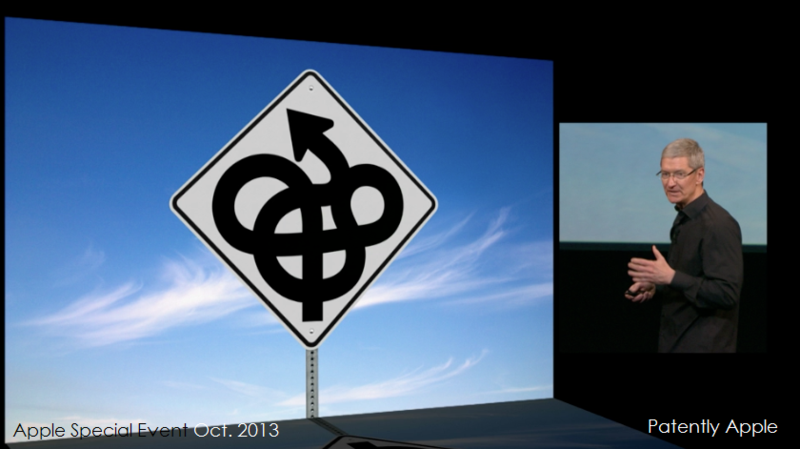 "Our competition is different: They're confused. They chased after netbooks. Now they're trying to make PCs into tablets and tablets into PCs. Who knows what they will do next?

In April, an Apple patent came to light illustrating that Apple actually has a hybrid design on the back-burner. And there's been a number of rumors about a larger iPad for 2014 that could double as a MacBook display. And yet, Cook's message is to contrary. Is it a marketing move or reality?

Apple once thought that smaller iPads would never happen and yet the iPad mini today outsells the 9.7 iPad. So you can't always judge a future product based on what Apple actually says. Yet for now, product convergence of any kind, including processors, isn't on Apple's current roadmap.

How about running ARM/iPhone/iPad apps on x86 Mac? Kind of like Rosetta that Apple had for running PowerPC apps on x86 Mac. I ran a Octane score for JavaScript performance on my Mac and I got a 2x score when compared to my iPhone 5s. So, I think my MacBook Air is quite capable to run ARM apps. Perhaps, the next MacOS will include a new version of Rosetta that will run ARM apps on it. Therefore, more motivation for ARM developers to optimize their apps to run on all kinds of Mac. Once this trend is mainstream, Apple could consider if they need a hardware solution for that.