Microsoft thought that by debuting their Surface tablet last year that they'd invade Apple's iPad space just in time for Christmas sales and grab instant market share away from Apple to make headlines around the globe. In reality, they embarrassingly had to write off $900 million worth of inventory as the desire for a Windows based tablet was close to zero. In round two, Microsoft began cutting prices aggressively in the beginning of July of this year. And the results were surprising.


Chitika is trying to help Microsoft out by creating all kinds of super-micro statistics that sound meaningful, bless their little hearts. The one that made me laugh the most was that web traffic "for non-iPad web traffic" between the beginning and end of September rose a a dramatic 159%." Now that's a number to be proud of right? Well, no.

Chitika later clarifitied that "It should be noted, that despite these recent gains, users of Microsoft Surface RT still generate only 1% of all North American tablet Web traffic." In contrast, Chitika reported that Apple had 81% of web traffic usage in North America on October 22. A statistic that Apple's CEO Tim Cook gladly used in his keynote on October 23. 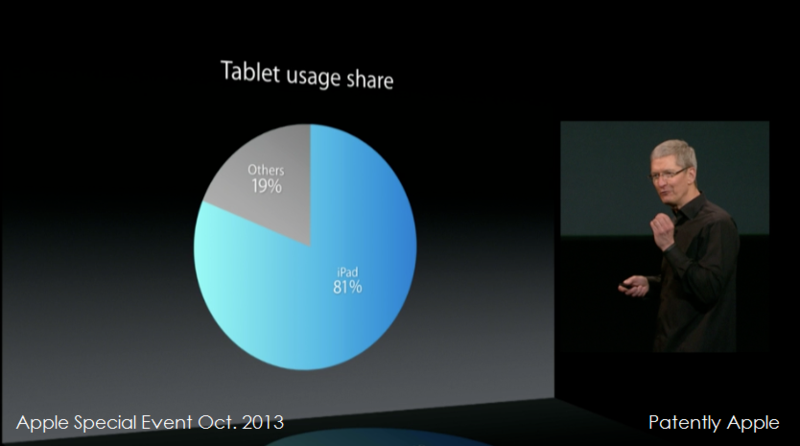 So let's see if we say it in slow mo if it'll make a difference: o-n-e p-e-r-c-e-n-t. Nnno, no matter how we sing that tune it's still sounds silly. Imagine, a mature company with 1% market share of traffic after a year on the market. Sheesh, why exist?

Yet the funny thing is that the ever optimistic Chitika went on to state with a straight face that "while Surface undoubtedly still has room for growth, the most recent usage increases are a promising sign for the long-term viability of the tablet, with usage shares among the top five non-iPad devices."

Now some of the good folks over at Chitika should really get on the Comedy Club circuit because these guys are hiliarious comedy writers. Let's repeat the punchline again shall we: Microsoft usage increases are promising …. ha, ha, ha.