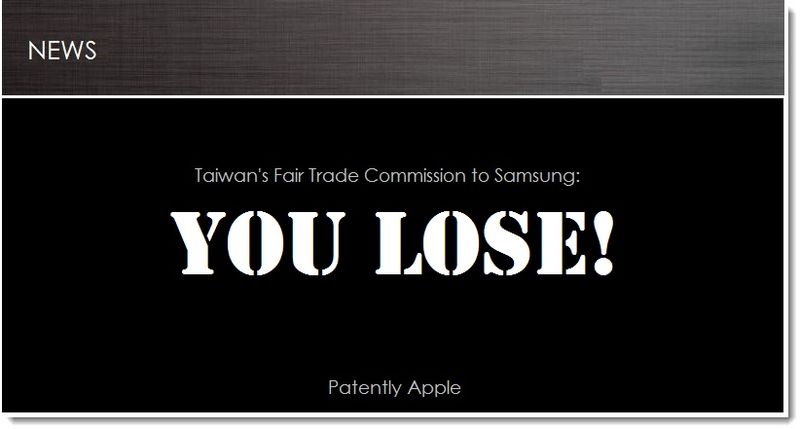 It's been a bad few weeks for Samsung. We've been pounding them at every possible turn of late. Last Thursday we reported about their Galaxy S3 battery problem and on Friday we followed up with a report that their battery problems had in fact spilled over to the Galaxy S4. Then we reported on China's Central Television's 30 minute special report about Samsung's faulty batteries just yesterday. The never ending push against Samsung finally made them cave with an official apology, but the bad news didn't quite stop there. Taiwan had the other punch winding up and delivered a hefty penalty on Samsung.

The news out of Beijing today stated that South Korea's Samsung Electronics had apologised to Chinese customers for problems with some mobile phones after a broadcast on China Central Television criticised Samsung repair policies.

Samsung Electronics said in a notice on its Chinese website: "As far as management problems caused inconvenience to our customers, we offer our sincere apologies."

Samsung Electronics is the latest multinational company to be singled out by Chinese state media for what it says are unfair consumer practices. In a 25-minute programme broadcast late on Monday, CCTV said internal multimedia cards cause the software on Samsung Electronics Note and S series smartphones to seize up.

Samsung Electronics said it will fix the Galaxy S3 and Note2 telephones free of charge, and refund customers who already paid for repairs to the devices at authorised service centers. The company also will offer replacements or refunds for phones that could not be repaired.

The broadcast on Samsung Electronics came the day after CCTV aired a programme criticising Starbucks Corp for charging higher prices in China than other markets.

At the top of the month we posted a report which was titled "A Historical List of Samsung's Trickster Ways." We presented a few facts of our own and published an extended list of dirty trickster ways that had surfaced on Fortune's Apple 2.0 blog. We noted in our report that Samsung was been caught paying for fake reviews. Well today Samsung got hit with a stiff fine to the tune of $341, 300 from the Taiwan authorities for paying students to attack local rival HTC online.

It's too bad Apple couldn't have joined in those proceeding because I think we all know that similar tactics were employed against Apple in the US. Yet Apple got their own reward last week when the US Patent and Trademark Office reaffirmed one of their key patents known as the "Steve Jobs Patent." That good news only got better this week when the US Patent Office granted Apple with a secondary Steve Jobs Patent" that will only strengthen their position against Samsung and Google in future litigation.

The Asian report further noted that the investigation by Taiwan's Fair Trade Commission had showed that Samsung, through one of its Taiwan units called Opentide, had hired people to write online articles attacking HTC and recommending Samsung cellphones.

The paid writers, and Samsung employees, concealed their status while posting their evaluation reports about One, HTC's flagship cellphone. They highlighted what they described as flaws in the HTC gadgets and played down any negative reports about Samsung products.

Commission spokesman Sun Lih-chyun told AFP that "This is the first case of its kind in Taiwan that a company has concealed its genuine status while attacking a rival. The deceitful behaviour has negative impacts on market order and violated the fair trade law."

Opentide was fined Tw$3 million and another smaller local advertising agent contracted by Opentide was fined Tw$50,000, according to the commission. The reported noted that the three companies could appeal the decision. Samsung-Taiwan told AFP it "deeply regrets" the commission's decision but has not yet been formally notified of it. It would not say whether it would appeal.

After the commission started probing the complaints in April, Samsung Taiwan posted a statement on its Facebook page regretting "any inconvenience and confusion from the Internet event." They further stated that "Samsung Taiwan has halted all Internet marketing such as posting articles on websites."

Do the Dirty Tricks Ever Stop? No!

The Asian report went on to reveal today that yet another dirty trickster case that most in North America weren't aware came to light. According to the report "Samsung was fined Tw$300,000 by the commission earlier this year for a misleading advertisement about the camera functions on its Galaxy Y Duos GT-S6102, according to Taiwan's state Central News Agency."

Yet false apologies mean zip. On one hand they apologize for their internet marketing false claims and attacking HTC while their shenanigans continued in North America with fixing benchmarks to boost Galaxy smartphone scores.

It would appear that Samsung is two faced. Oh, how surprising.  Sadly the soap opera will continue because the gains of illegal activity outweigh the penalties and Samsung knows that tune inside out. Samsung will simply rethink and dream up new ways to skirt the law at every turn.

Case in point: In early September, European Union regulators informed Samsung that they had to offer more concessions to settle EU charges that its use of patent lawsuits against rival Apple breached antitrust rules after a first offer fell short. If Samsung would have failed to allay the European Commission's concerns, it could have faced a fine of as much as $18.3 billion or 10 percent of its 2012 revenues.

With that threat, "Samsung offered the Commission to abstain from seeking injunctions for mobile SEPs (standard essential patents) for a period of five years against any company that agrees to a particular licensing framework," the Commission said in a statement.

Yet a five year term is a joke and once again we see that the reward of illegal behavior outweighs the penalty. It should have remained at $18 Billion with half of that going to Apple for being the victim of Samsung's crimes. More than likely the EU will cave with a measly five year term of abstaining from injunctions – which will resume one second after the five year term is up – and they're likely target Apple all over again. Ha! The jokes just keep on coming.

For now, the Taiwan Fair Trade Commission have ruled against Samsung and considering that this is the second time that they've held Samsung's feet to the fire, I'm cheering them on to stay on top the dirty trickster that we know as Samsung and make them pay for every single infraction that they could find going forward.

I tried Disqus this afternoon and it took over my comment area, so I reverted back to TypePad's system which is open to everybody. I'm trying to find a way to offer it as an option rather than it being the only choice. If there's a way to have TypePad + Disqus co-exist, I'll do it. Otherwise I'll stick with the open format available today.

Please try to get Disq.us for comments and revamp your site with new graphics etc. I love your content but would like to see a site makeover.

Imagine Apple paying people to post attacks on rivals....Samsung is an evil empire in iself. Power hungry, Napoleon complex from Korea. Win at any cost being ....me too...its destined for a tragic fall when public opinion turns against them for its "win at any cost" strategy.

WHAT particular framework?...like the hefty one they tried offer Apple before taking Apple to court?

What I like about Apple and it's loyal people is that they are both 'above' all that. Above all competition. They are simply better in every way without having to fight or even try hard at any given task. The picture in my head is like a grown up person (Apple) standing beside many misbehaved kids (Samsung & Co.) running around crying why they can't be better than Apple ;)))