With absolutely no explanation or reasoning, Apple abandons OS X Mavericks trademark in Canada. Was it a mistake by Apple legal or their Canadian agent Baker & McKenzie LLP? Is it a Canadian issue or is it a sign of things to come for the trademark? The abandonment notice was officially published on October 28, 2013 in regard to trademark filing 1648792. 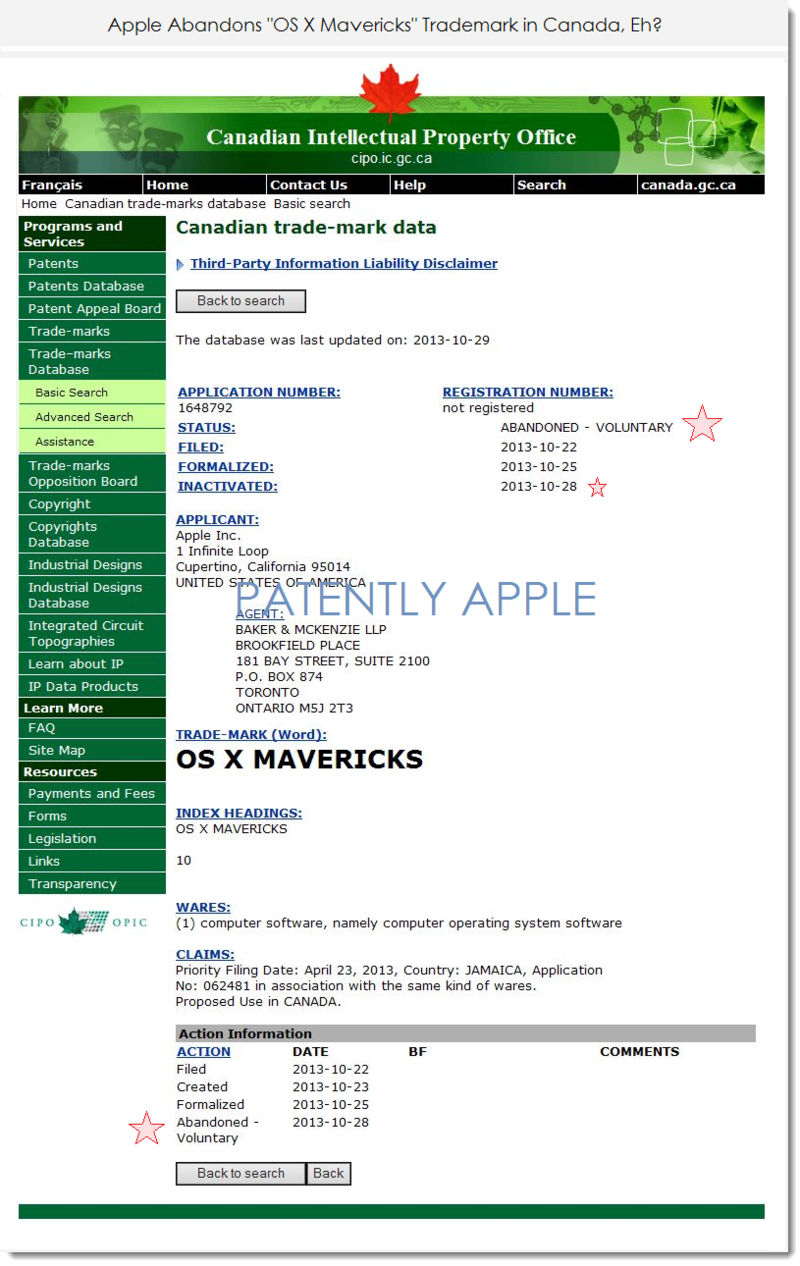