Oh, Big Surprise: A Wave of Android Smartphones with Fingerprint Scanners Arriving in 2014

Now that Apple has introduced their new fingerprint scanner technology on the iPhone 5S as Touch ID, does it really surprise anyone that that a wave of new Android phones are racing to market in 2014 to copy this smartphone feature? Well, it shouldn't and according to a new report by USA Today, the president of the FIDO Alliance has stated that consumers "will be able to choose from the latest Android models that will come equipped with a biometric sensor capable of letting him swipe his fingerprint to access a wide range of his online accounts," over the next six months. Report Update Oct. 14, 2013.


The FIDO alliance currently has a number of high profile members such as CrucialTec, Google, LG Electronics, Lenovo, PayPal, NXP Semiconductors, Infineon, BlackBerry and others. It's going to represent a competing technology to Apple's Touch ID.

According to FIDO's president Michael Barrett, "The intention of FIDO is that it will allow consumers to have access to mobile services that they can use with very low friction, while keeping good security. That's explicitly what we want to build."

The report adds that "The alliance is hashing out an open standard that any company can adopt. So a music service or online banking site will be able to recognize the unique characteristics stored on a PC's security chip or a smartphone's biometric sensor, as long as all parties adhere to FIDO.

The initial FIDO-equipped Android devices, along with an array of commercial services using the FIDO protocols, are on track to roll out in early 2014, Barrett says. 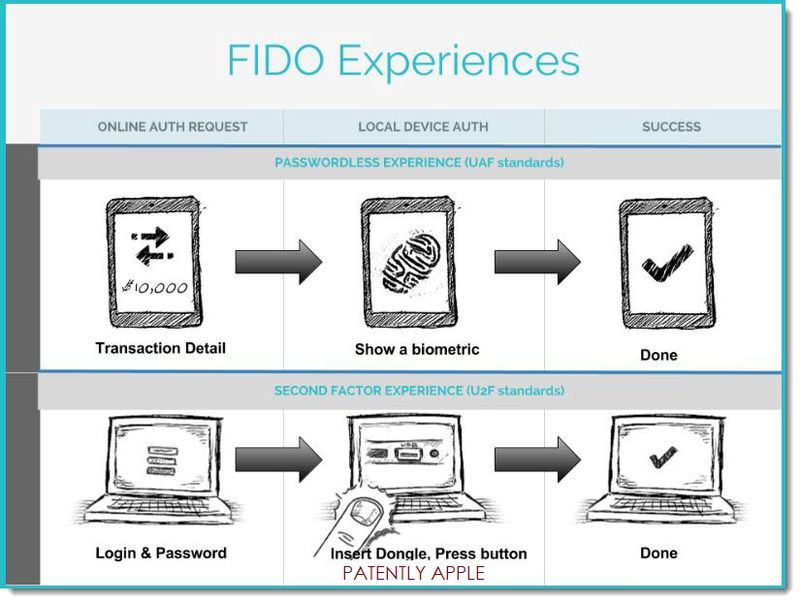 The payment system will first be applied to local handset maker Pantech's VEGA LTE-A smartphone – one that we pointed to at the end of our coverage of an LG event held in September. It was LG that was expected to introduce a fingerprint scanner on their new 2013 smartphones but failed as did Samsung.

Danal's payment business division executive Lee Seock-hwan stated that "Since the iPhone 5S adopted fingerprint sensors, Android-based handset makers have been taking account the possibility of fingerprint functions. We will continue to partner with CrucialTec to unveil diverse fingerprint services for mobile payments." Thanks for admitting that the iPhone 5S has lead the way Mr. Lee Seock-hwan. It's refreshing to hear a little honesty coming from Korea.

The report claims that Danal will eventually launch their fingerprint service in overseas markets including the United States and China.

The financial group behind the US based micropayment alliance ISIS stated that they're electronic wallet service is launching later this year and would be compatible with Apple's technology beyond NFC. Whether ISIS will be able to take advantage of the iPhone 5S's Touch ID technology is unknown at this time. At present Touch ID is being tested by Apple on iTunes for purchases.

In respect to security, a German group claimed to have cracked Apple's iPhone fingerprint scanner last month. However, after reading their comment that "Biometrics is fundamentally a technology designed for oppression and control, not for securing everyday device access," it made me want to check out their video all the more. I mean, "Designed for oppression"? – Who talks that way anymore?

Anyways from viewing their video I didn't see the author "lift" a fingerprint from a glass or other object to use on an iPhone 5S to fake it out. What I did see was an elaborate fresh fingerprint created in a very specific manner that's highly unlikely to be duplicated in the real world and especially in real-time. By the time a user knows that they've lost their iPhone, they'll just shut it down remotely with Apple's Find my iPhone service.

Isn't that kind of what you do when you lose your credit card today; call Visa or other card service to cancel your current card to stop any fraudulent charges going through on your account? – Yes, of course.

When the magnetic strip was first introduced on the back of credit cards there were similar instances of hysteria. I think you all know that fanatics will always go to extremes - just as we're now seeing play out with the Republican's nut wing Tea Party shutting down the government.  But that's a story for another day.

The bottom line is that the vast majority of adult iPhone users will eventually use Apple's Touch ID in conjunction with a future e-commerce transaction. It may be that it's just one of the authentication steps in a future iWallet service, but it's likely to be one of the key biometrics used.

At the end of the day the news of a new wave of Android smartphones with Fingerprint scanners coming to market in 2014 isn't much of a surprise to those of us in the Apple world. In fact, it was kind of expected that Google's Android ecosystem would quickly copy Apple's leadership on this high profile feature. What else is new?

Update Oct 14, 2013: HTC's new One Max smartphone with a 5.9" display also introduces a backside fingerprint scanner as noted below. 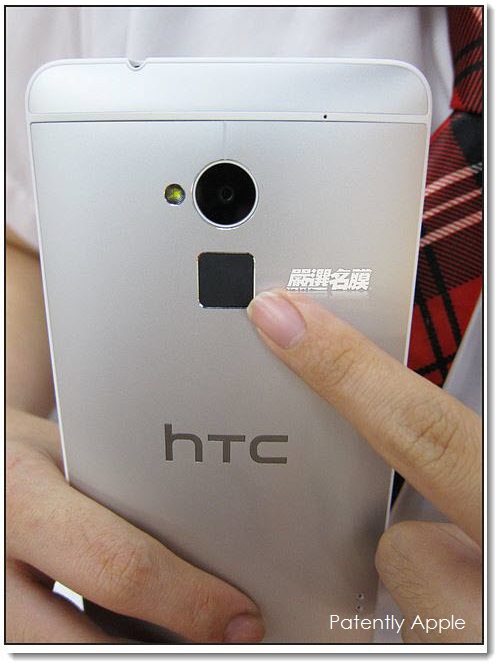 I think it's much easier to perfect on someone else's innovations when they're laid down the framework than it is to break through with the innovation. New is by no means easy.

P.S. I know people have already mentioned the Motorola Atrix from 3 years ago. I had it and the finger print scanner worked absolutely perfectly.

That's the point, Bob. Having technology for technology sake but not knowing how to utilize it via software is why Android OEM's are useless. What's the use of having a feature on your smartphone without a purpose or it not functioning.

The company that executes properly is the real inventor here Bob, and apparently Apple knows how to make that happen.

It's like Samsung's use of NFC forcing users to physically tap their phones together in order to share files or photos.

Apple introduced AirDrop and did it intelligently so that users didn't have to do the silly tapping function. So it's not about who's always "first." It's about who's doing something right. New is easy, right is hard.

You sound like an apple fan who just think's that Apple is the best and that no on can compete with them. Android had the tech first and no one saw a way to impalement it into their phones until Apple copied it and just put it some where else the home button. You call that innovation?

Well you do have a point. What Apple didn't copy was its failure to capture public imagination through the use of a bad and balky design.

Android didn't have the finger print scanner, Motorola did and copying is found in the patents not who brings it to the market first. Apple has been working on this since 2009. Thankfully Apple isn't like Motorola and brings junk to the market

On August 13, 2013, Patently Apple published an article titled, "Samsung Blurs the Line Again with a new Smartphone Design with an Apple-Styled Home Button".

If Samsung is allowed to hide behind this patent, I have no doubt Samsung will attempt to add its fingerprint sensor in its new Home button just like Apple has done.

Now that Apple has shown the way, Samsung will not rest until it has fully copied Apple's fingerprint technology.

success breeds imitation. not failure.
no one wants to copy a random finger print sensor that didn't work 90% of the time (and it was in the back so it was a pain to use)

Every time Apple does something, the smartphone industry says its boring and nothing special but immediately after, Android gets it and then it becomes Apple is falling behind the times and can't keep up with Android. If Apple's fingerprint sensor is now considered nothing special then why would all the rest of the industry try to adopt it? Apple just can't win. Apple needs to create some technology so wrapped up in patents that it can't be copied without their permission. I wonder if the Android vendors will be able to recreate the technology at a really low cost and still keep it high-quality.

Everything Apple tries to do is so quickly copied that Apple has almost no advantage for more than a few months. What's strange is that the Motorola Atrix with fingerprint scanner was around for almost a couple of years and almost no other company bothered to copy that feature. Apple introduces a fingerprint sensor with the iPhone and then immediately comes the massive copycat flood. On top of that, the industry says Apple can't innovate any longer. I really don't get the hypocrisy.

Typical Apple misdirection. Android had a fingerprint scanner before Apple. Remember the Motorola Atrix? So who is copying whom?