IDC's latest report states that the worldwide smartphone market grew 38.8% year over year in the third quarter of 2013 (3Q13). Vendors shipped a total of 258.4 million smartphones in 3Q13, establishing a new record for units shipped in a single quarter by more than 9.0%. The previous high was 237.0 million units shipped in the second quarter of 2013. Apple remained in second spot behind Samsung with slightly better market share gains than Samsung when compared to last quarter stats. Apple was up 5.7% and Samsung down 1.6%. 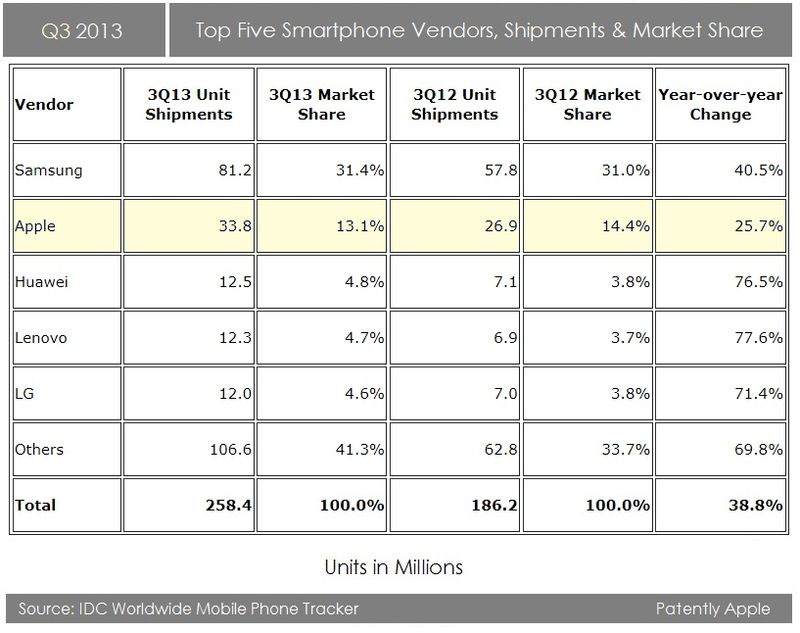 Apple's total volumes speak to the early success of the iPhones 5S and 5C, and the softening demand of older devices prior to the new models launching. The iPhone 5S lived up to the hype of the gold case and the fingerprint sensor, and the iPhone 5C with an array of colors. At the same time, limited usability on the fingerprint sensor and higher-than-expected pricing on the iPhone 5C drew mixed reactions. Still, this did not prevent Apple from enjoying a record 9 million units shipped in their debut. Can you image what the figures would have been if Apple had no supply constraints?

But there's no doubt that the elephant in the room is Samsung who jammed out an impressive 81. 2 million phones. Even though it's debatable whether Samsung's count is really meshed in with dumbphones and the fact remains that they're having ongoing battery problems, they still came out on top in respect to pure stats alone.

Samsung easily maintained its leadership position, shipping more units than the next four vendors combined. Samsung's flagship models received the lion's share of attention during 3Q13, with more carriers adding the Galaxy S4, continued demand for the Galaxy S III, and the introduction of the Galaxy Note 3.

IDC reports that "Despite the popularity of those models, it was the company's long line of mass-market smartphones that helped fuel volumes to reach a new record level." In other words, it's Samsung's junk phones thrown into the smartphone category that skewed the numbers. IDC should force Samsung to breakout their numbers so that the stats are fairly presented. As they stand, it's not reality, though they'd probably still be number one in volume.

IDC's report shows that Huawei, Lenovo and LG round out the top five smartphone vendors. Noteworthy is that Huawei skyrocketed into third spot when they didn't even make it to the top 5 last quarter. We noted Huawei in one of our June reports copying Apple's design philosophy and presented readers with a link to Huawei's video which is a Jony Ive-like video detailing aspects of their latest smartphones which borrowed heavily from Apple steel band design. 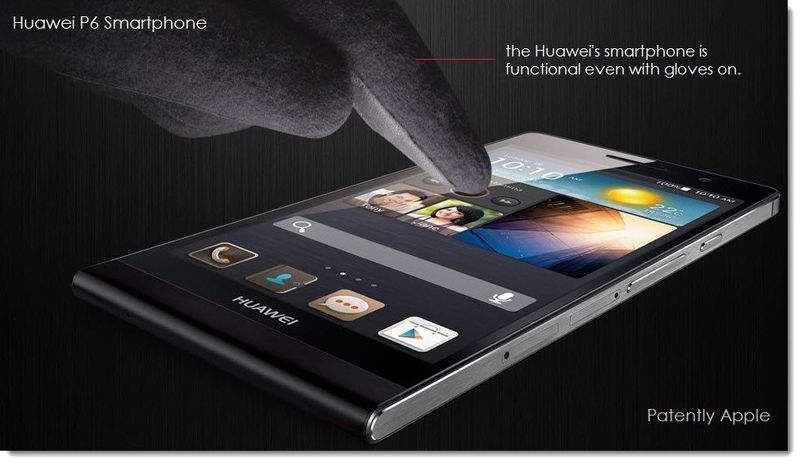 It's not surprising to see that Huawei's new smartphone is selling well. They offer a super slim design with iPhone-like finishes, a beautiful 4.7 inch display and one that could operate when wearing gloves. Whether Huawei has the steam to go on to challenge Apple's second spot remains to be seen, but for now, they're a formidable competitor in China. If Apple would have had a 4.7 inch display out this year I'm not sure that Huawei would have enjoyed such the spike. On the other hand, Huawei made the right moves to impress the Chinese consumer.

A secondary study published today by IDC is one to keep an eye on. According to a survey of Singapore and Hong Kong consumers, touch-enabled notebooks are in demand with 82% of respondents to IDC Asia/Pacific's end user survey indicating their preference for it for their next purchase.

The new study spits in the face of Apple's CEO Tim Cook who let it be known recently that the PC sector that is pushing hybrid notebook tablets are lost, dazed and confused as to how to compete with Apple's iPad. 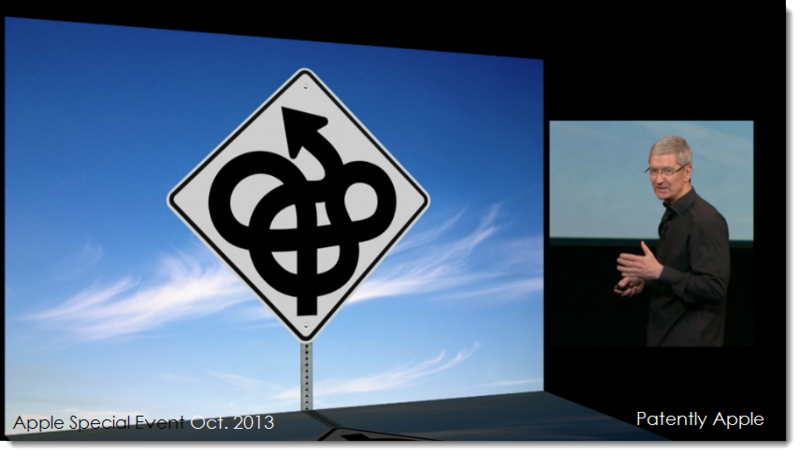 Yet in Asia, where Apple wants to increase business and could easily steal more business in that area with an intelligent notebook tablet, they say no thank you. I think Apple is taking a wait-and-see approach for now, because they have a backup just-in-case plan hidden away in Cupertino.

IDC states that their annual survey that studies end user behavior and usage on client devices, the usage explosion of smartphones and tablets, where touch screen is a prominent feature, is a key driver of taking these screens to the personal computer. The study also finds that the majority of PC users today, even in emerging markets, own a smartphone, especially for 26-35 year olds at 87%.

However, from the survey that covered Australia, China, Hong Kong, India, Indonesia, Malaysia, Singapore, South Korea, and Taiwan, IDC finds that only 6% of all notebooks are shipping with touch screens in 1H13 for these nine countries.

Handoko Andi, Research Manager for Client Devices at IDC Asia/Pacific.stated that "It's ironic that as PC market growth continues to go south, customers' need for for touch-enabled screens isn't being met yet."

"Reasons causing this glaring discrepancy include bad timing, as panel prices earlier this year were high, deterring PC makers from producing more affordable options," he explains. For that, PC makers have been progressively announcing their plans to launch more affordable touch-enabled notebooks in the second half of this year.

Another driver is the lack of touch-enabled applications, which is forcing users back to using legacy apps in the traditional desktop mode of Windows 8 rather than the touch-optimized Modern user interface.

"While IDC believes that touch-enabled screens will eventually become the new standard of the industry, touch-enabled apps that are relevant to PC end users will be the crux of a much faster penetration in Asia," says Andi.

Intel's 2 for 1 computing push has begun and as the study shows, it's up to Microsoft to now to get the right apps lined up to entice this group that are screaming for an notebook tablet hybrid solution.