On October 17, 2013, the US Patent & Trademark Office published a series of four new Siri patent applications that were filed under Tom Gruber who was one of the original co-founders of Siri. Gruber was the man behind an in-depth Apple patent application which we covered back in January 2012 titled "Apple introduces us to Siri, the Killer Patent." While Apple has yet to take assignment, you could be assured that they will. Our report briefly covers the four Siri related patents that include coverage of Siri for vehicles. This is going to be a part of Apple's forthcoming iOS for the Car application debuting in 2014. 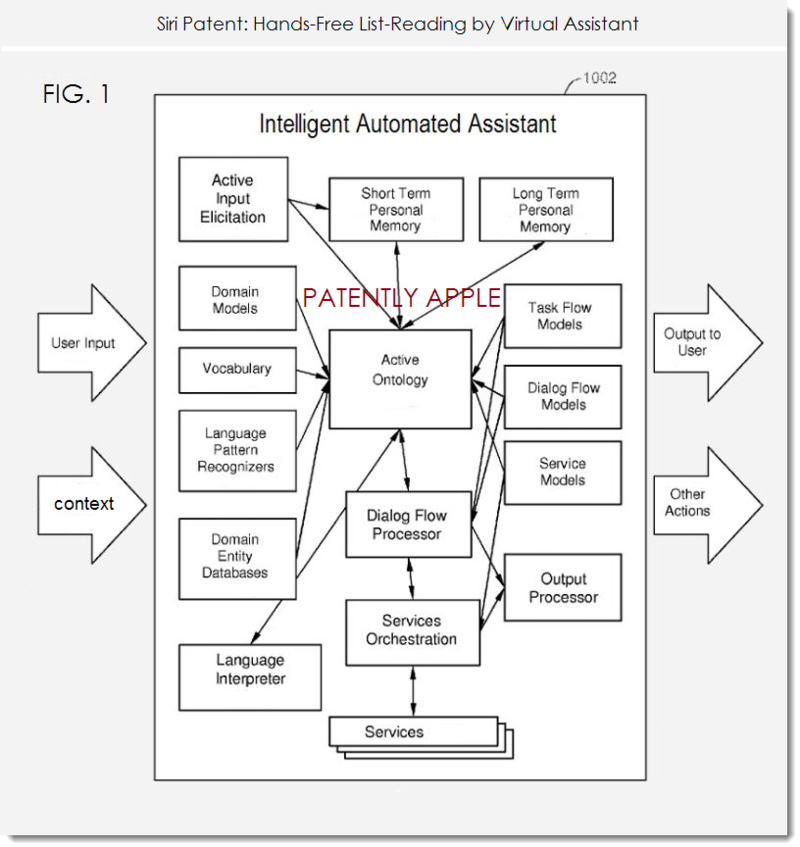 The Patent Abstract: The invention relates to a method which includes automatically, without user input and without regard to whether a digital assistant application has been separately invoked by a user, determines that the electronic device is in a vehicle.

This particular Siri patent is incredibly in-depth and should be reviewed to fully appreciate the research that's going into Apple's virtual assistant. For more, see Apple's patent. 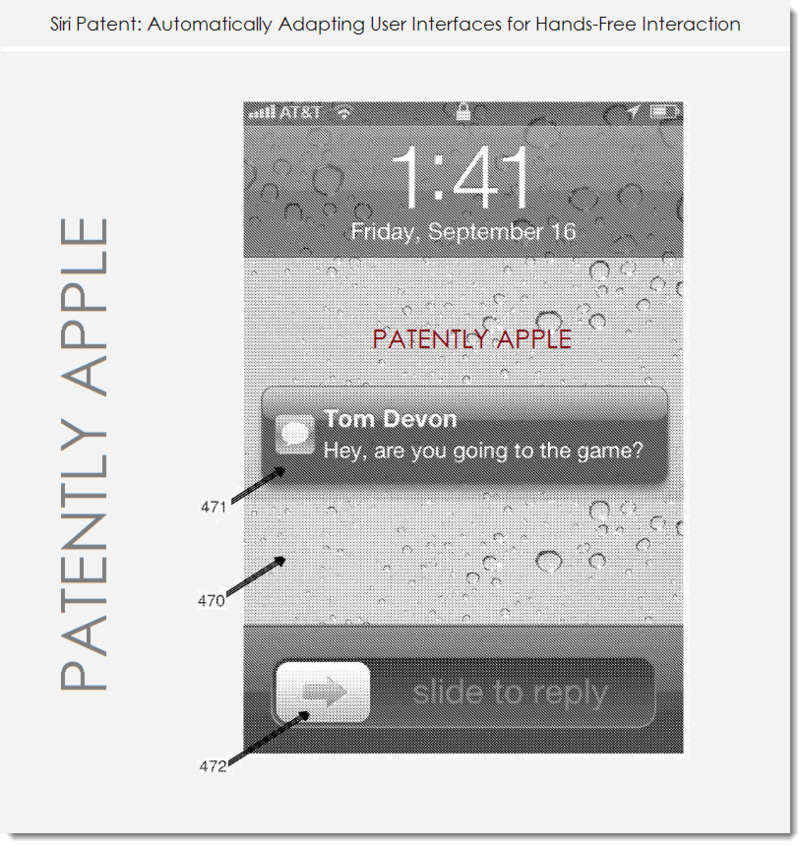 The other two major Siri related patents that were published today by the US Patent Office include: #3. – "Application Gateway for Providing Different User Interfaces for Limited Distraction and Non-Limited Distraction Contexts"; and finally #4 – "Intelligent Automated Assistant"