DoCoMo Already Complaining about the Lack of iPhones to Sell

Last month DoCoMo had a total of 61.8 million subscribers followed by KDDI with 39 million and SoftBank with 34 million. Yet adding the iPhone so late in the quarter has apparently hurt DoCoMo, Japan's largest mobile phone carrier, who reportedly lost the most subscribers on record this month.


According to the report, DoCoMo attributed the subscriber loss to customers who delayed purchases until after Apple's new mobiles went on sale Sept. 20 and insufficient stock of those handsets, said Atsuko Suzuki, a company spokeswoman. Rival carriers' marketing strategies also hurt sales, she said.

SoftBank accounted for 39.5 percent of Japanese sales of Apple's two new models, while DoCoMo took a 31.9 percent market share and KDDI controlled 28.6 percent, according to estimates from BCN, which compiles data from appliance and electronics chain stores.

Phil Schiller announced the official deal between Apple and DoCoMo during the iPhone Event in September. Up until July, the negotiations between the two companies were reported as being intense.

While it's far too early in their new relationship for a temporary blip in iPhone shipments to cause long term damage, it doesn't help to have DoCoMo going public less than 30 days after their deal was announced to start complaining. 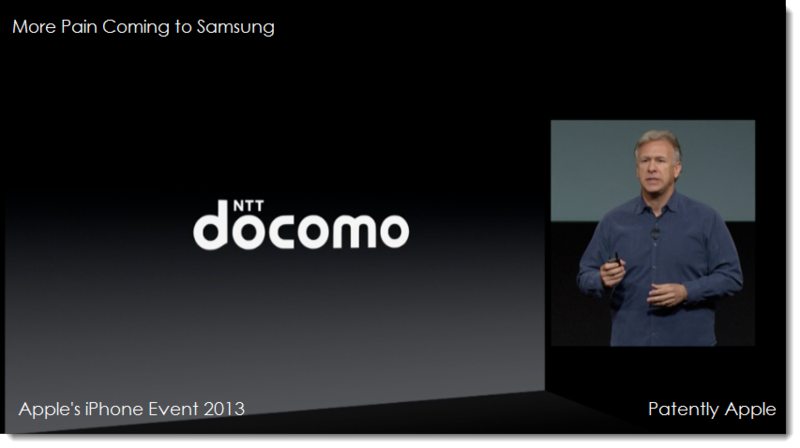