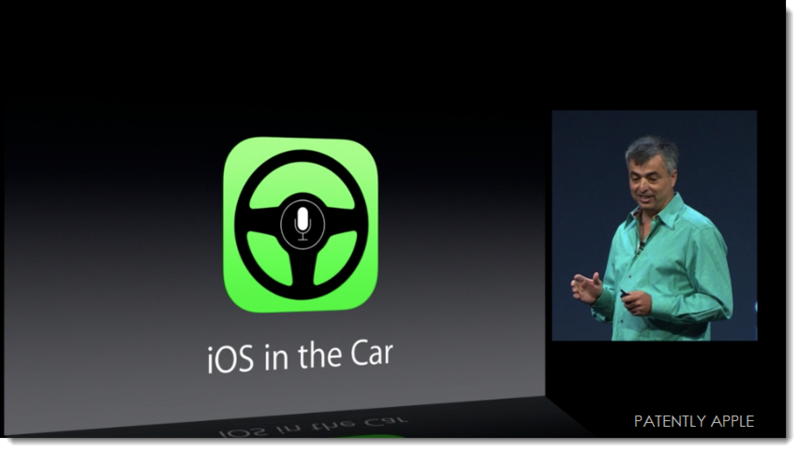 Apple's "iOS in the Car" project began under Scott Forstall in 2012 and in 2013 Eddy Cue gave Apple's project its official branding while explaining what the system would basically look like. Apple already has 18 car companies signed on and ready to go for late 2014. This is one of Apple's future battlefronts. Apple's project has been seen as a threat to the status quo. Today, others agree with this assessment of the in-vehicle infotainment system market. In fact, one study is predicting that Apple will shockingly grab close to 50% of this market by 2018. Is this one of the new product categories that Apple's CEO Tim Cook forecasted for 2014? Yes, it would appear to the case. Is Wall Street listening?


ABI Research forecasts that the shipments of connected in-vehicle infotainment (IVI) systems equipped with one or more smartphone integration technologies will grow substantially during the next five years to reach 35.1 million units globally by 2018. Of these, 49.8% will be equipped with Apple's "iOS in the Car", 43.6% with MirrorLink and 28.2% with other technologies by the end of 2018.

Garath Owen, principle analyst at ABI Reseach stated that "It is inevitable that consumers will demand to be able to use their smartphones in cars, even in luxury cars equipped with the latest top-of-the-range fully embedded infotainment systems."

ABI further stated that "There are numerous technologies available for integrating a smartphone into a car's head unit and enabling it to be controlled via the car's IVI system (via voice, head unit touchscreen, or steering wheel controls). These range from industry standards such as MirrorLink to proprietary technologies such as RealVNC, Abalto Technologies' WebLink, and Apple's recently announced "iOS in the Car."

At the end of the day, with as many competitors known to be gearing up for this next market battlefront, ABI see's Apple pulling into the early lead by 2018.