Last week we posted a report titled "Oh, Big Surprise: A Wave of Android Smartphones with Fingerprint Scanners Arriving in 2014," where we quoted the president of the FIDO Alliance saying that "Since the iPhone 5S adopted fingerprint sensors, Android-based handset makers have been taking account the possibility of fingerprint functions." He went on to predict a huge wave of new Android smartphones coming to market in 2014 that would incorporate fingerprint scanners. Today we learn of one fingerprint sensor manufacturer who is expecting sales to leap 200 times in 2014 as Android smartphone OEM's try to match Apple's hot Touch ID feature. Our report also briefly re-examines Samsung's blame-game that their fingerprint sensor partner failed to pass the reliability test.

A new report out of Taiwan this morning states that Gingy Technology will be ramping up shipments of its second-generation optical touch fingerprint identity modules to over 10 million units in 2014 compared to 50,000-60,000 units in 2013. That's 200 times their normal rate of sales of these modules. This driving market trend was set off by the success of Apple's iPhone 5S Touch ID feature. Talk about rocking the market.

While Android OEM's are rushing to incorporate a fingerprint scanner into their 2014 smartphones, Samsung is one of the companies that are scrambling to get one of their Galaxy smartphones out the door with a fingerprint sensor either later this year or in January when they're expected to launch the Galaxy S5 due to Galaxy S4 sales having been extremely "disappointing."

The market had expected Samsung to introduce their fingerprint scanner in the Note 3 smartphone in September so as to beat Apple's potential claim that their new iPhone 5S was the first large-scale smartphone with this feature in the market and miserably failed. Android fans attacked us when stating that fact but the reality is that the Korean press let the cat out of the bag yesterday.

While it's general a known fact that that the "swipe" type of fingerprint sensor "has a lower recognition rate than the "area" type" that Apple uses in their Touch ID scanner, the technology is rapidly evolving.

The excuse of Samsung not having their fingerprint scanner ready in September due to Validity's fingerprint sensor failing the reliability test doesn't seem to ring true in the slightest. According to Validity's website, they produce the highest performing sensors for not just smartphones but for tablets and PCs where they have a lot of experience in.

Validity practically mirrors what Apple states about Touch ID including "the use of high-frequency AM-modulated RF signals to penetrate into the skin's inner live layer to scan where the fingerprint is formed.

So was it Validity who failed Samsung or was it simply Samsung playing a marketing blame-game due to their true incompetence and inability to lead in smartphone innovation? And please, don't tell me that Samsung's latest display that's curved one-billionth of an inch is considered an innovation – because that's just a joke and I'm not alone in saying that.

Yesterday's Korean report also was confused as to where Samsung would eventually place the new fingerprint scanner on their next Galaxy phones. Yet the very manufacturer that Samsung reportedly blamed for the delay of this feature actually spells out Samsung's options as noted below. One of the available options is to use a round Home button. This is a point which we highlighted in yesterday's report due to Samsung's standing US granted design patent supporting such a design possibility. It was likely designed as a backup plan to support a fingerprint scanner as Validity's presentation confirms. 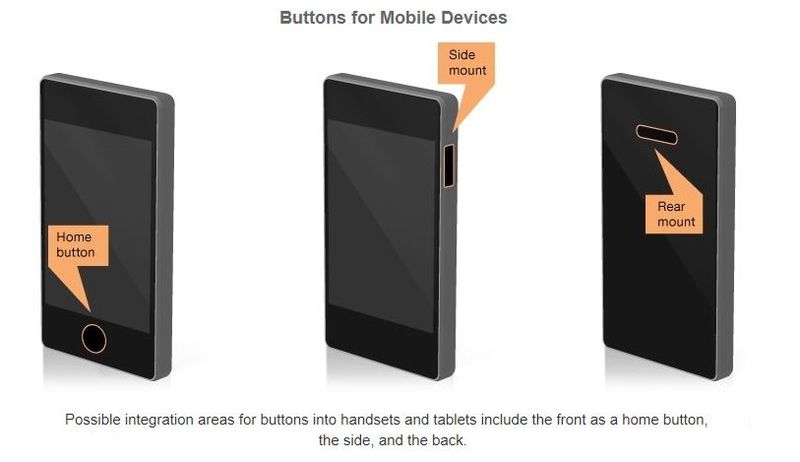 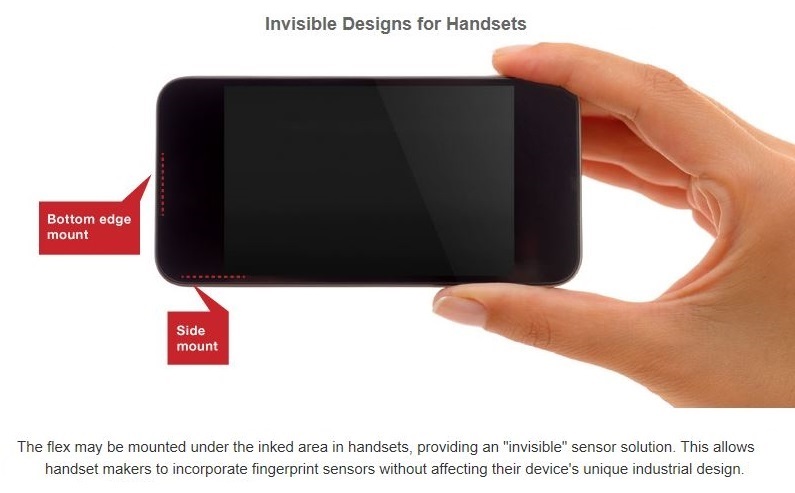 Apple's successful Touch ID feature that was introduced with the new iPhone 5S has set off a firestorm within the Android ecosystem and fingerprint sensor companies will be selling their wares and laughing all the way to the bank because of it.

As for Samsung's excuses for failing to deliver a fingerprint solution to the Galaxy Note 3 in September, it's simply another case that exposes their lack of integrity. Blaming a partner that you're intimately working with on a new important feature is as low as it gets in the industry.

Really? Funny, I seem to remember there was a very good reason why Motorola quickly abandoned the idea. Because they used the old technology which required users to swipe their fingers over the sensor, which was unreliable and wore down after repeated use.

Apple on the other hand designed a system that requires users to simply touch their finger against a capacitive sensor, which works reliably and repeatedly. A sensor that sits right inside the familiar home button, rather than some extraneous sensor on the back or side of the phone.

Its all about implementation buddy. It doesn't matter if you were first to market an IDEA. What matters is who is first to get that idea truly right, and worthwhile for the mass market. If Motorola was so successful with the Atrix, then how come the whole fingerprint sensor concept is exploding immediately after Apples Touch ID? The answer is pretty simple.

Motorola Atrix is the originator as much as you'd like to hide it.

Considering that CrucialTec is headquartered in Korea, it was likely Samsung's plan all along to support them and used the opportunity to hang US supplier Validity out to dry. That sounds like Samsung to me.

Samsung are not only in conversation with Validity but also CrucialTec. Touch sensors are rumoured to be ready for mass production in the beginning of 2014, in time for Samsung Galaxy S5.

It was also rumoured that the yield from Validity was not satisfying and Samsung are now in closer contact to CrucialTec.