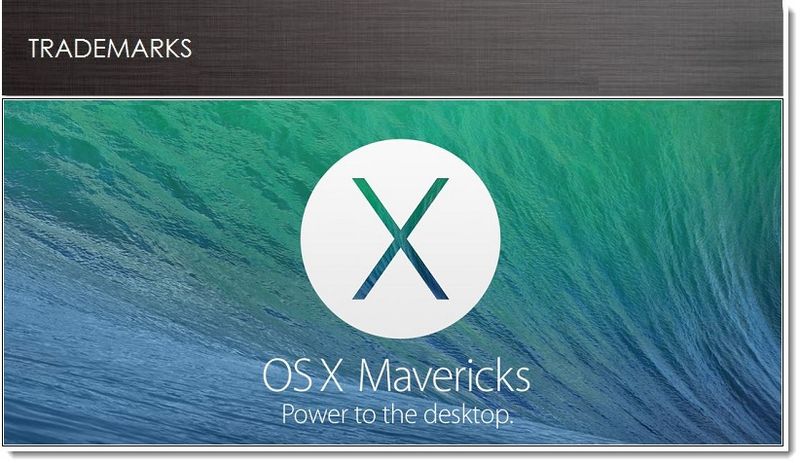 Yesterday Apple filed for the "OS X Mavericks" trademark in both Europe and Hong Kong China only a day after it was officially launched during Apple's special event held on Tuesday. Today, Apple has filed for three iOS 7 icon trademarks in addition to one for "Designed by Apple in California. Update Oct 25, 2013: Apple filed for Mavericks in the US this morning under number 86097345

Apple has filed for their new "OS X Mavericks" trademark in Europe under application number 012246997 and 302775592 in Hong Kong China. Both applications note that the priority filing was made in Jamaica. 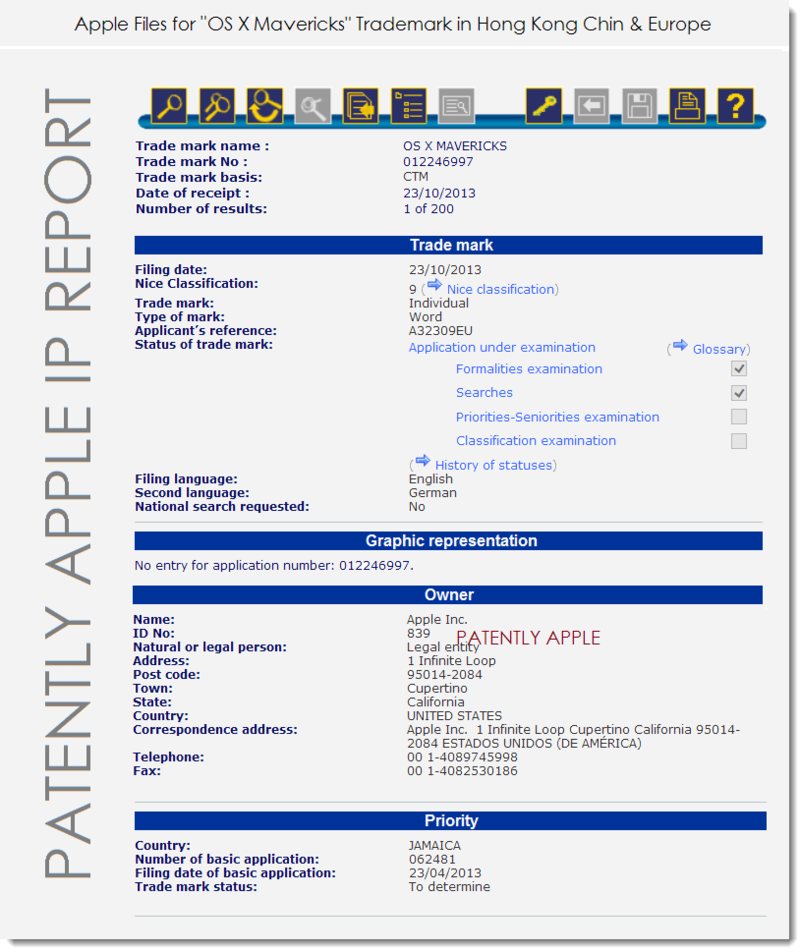 Earlier this month Apple filed for the trademark "Designed by Apple in California" in Europe and Hong Kong simultaneously. Today, Apple has filed for this trademark in the US as noted in our graphic below. 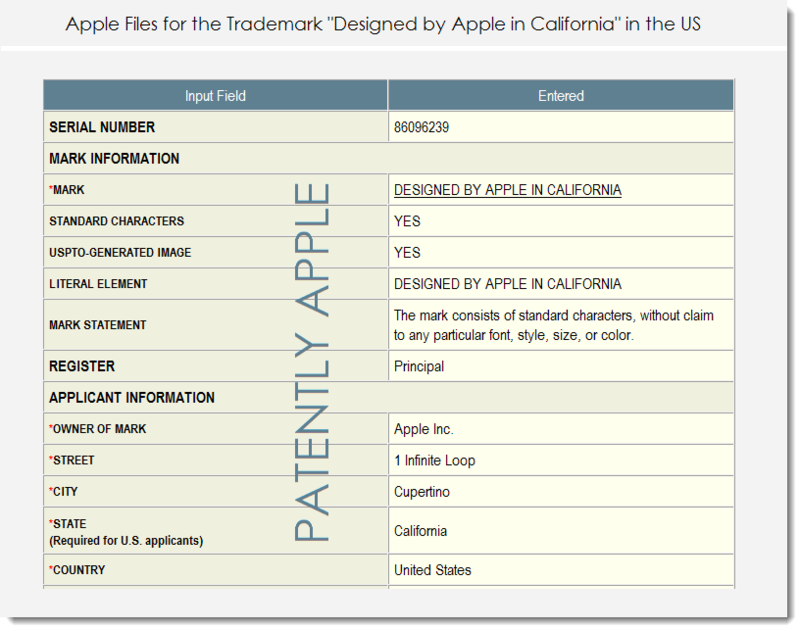 Today, Apple also filed for multiple iOS 7 icon trademarks with the US Patent and Trademark Office under numbers 86094565, 86094517 and 86094512 respectively. Apple provided USPTO with three giant graphic representations of their icons for iTunes, FaceTime and Music. 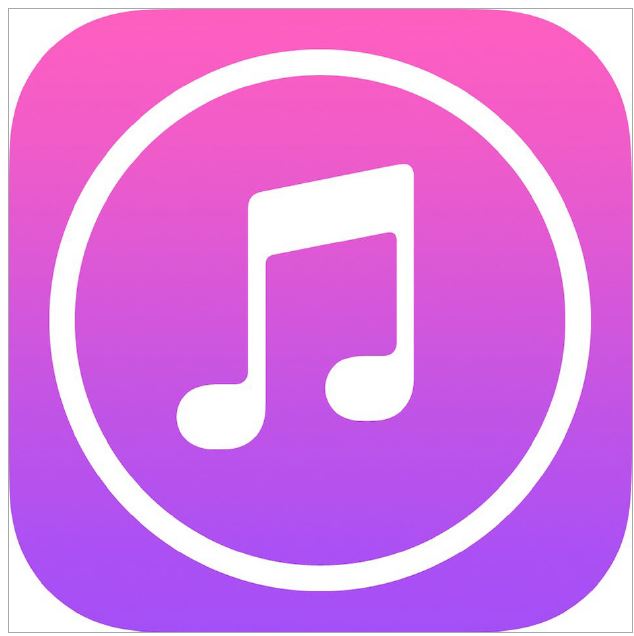 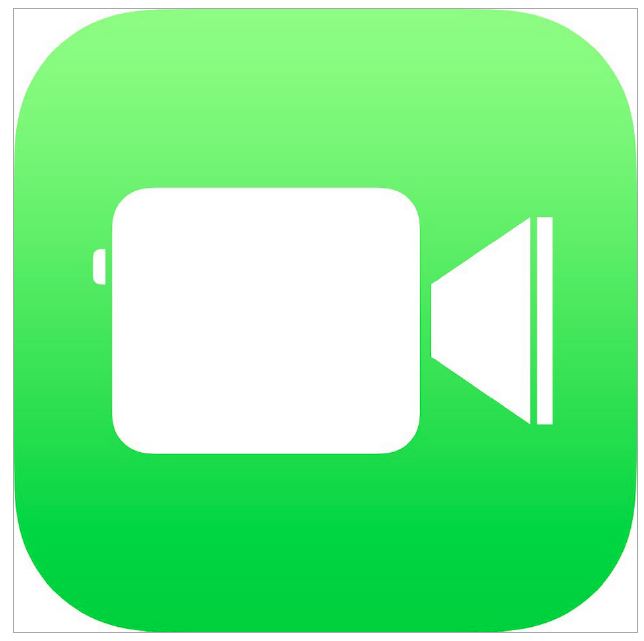 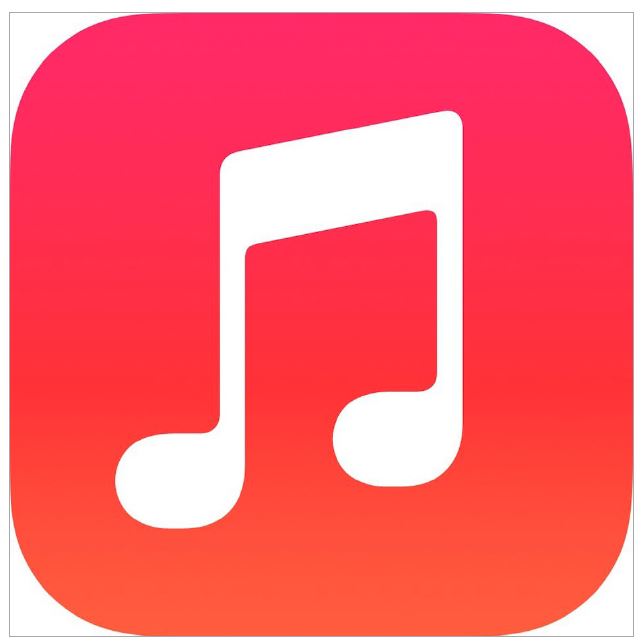 To Review Other Apple Trademark filings regarding iOS & Jumbo Icons, review our previous reports as noted here: One: An Avalanche of Revised iOS 7 Icons Surface at Two Patent Offices While Apple files for iWatch Trademark in Japan; Two: Another Big Round of New Colorful iOS 7 Icon Designs are Published; and Three: Apple's Files for New iOS 7 Safari & Voice Memo Trademarks