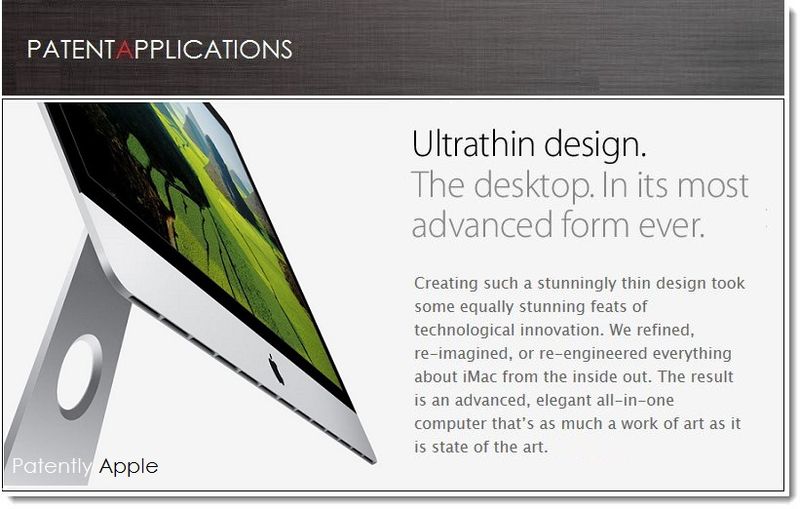 On October 17, 2013, the US Patent & Trademark Office published a patent application from Apple that reveals that their 2012 ultrathin iMac was manufactured by using a very sophisticated robotic force. The insane design precision didn't come about by accident. Apple's latest patent application describes a robotic solution created by Apple for the iMac and beyond. Apple's iMac webpage as noted above states that Apple re-imagined everything, re-engineered everything about the iMac and today's patent filing proves that out. This is Apple's second robotic invention. Apple's first design was for a robotic arm for manufacturing the iPhone that we covered back in January. Lastly, we present you with a secondary patent published today titled "Cosmetic Defect Reduction in Anodized Parts." It's Apple's new "finishing" bath designed to degrease, de-smut, anodize and chemically polish the iMac and other future iDevices until they reflect Apple's aesthetically insane finish so that they can give it their official stamp of approval: Designed by Apple in California.

Apple states that sophisticated computers, terminals, televisions, and other devices that utilize display screens are developing at a rapid rate. In such competitive markets with many brands and providers, there is an ever-present demand for improved and/or distinguished appearances, functionalities, and aesthetics in the newest computers and other similar devices. One area that continually receives great attention for improved and distinguished appearances in such devices involves visual outputs, which can include display screens, lights and other variable visual indicators. As consumer products grow more complex with greater capabilities, and with so many providers and competing products to choose from, however, it becomes increasingly difficult to provide products having display screens that are distinguished and eye-catching, yet uncluttered and aesthetically pleasing.

For example, significant strides have been made in recent years with respect to display screens for laptop computers. Newer technologies have resulted in laptop computer makers being able to mass produce display screens that are clearer, thinner and larger in area, while producing less heat than in earlier models. In addition, the materials used to house and support laptop display screens, typically in one half of a clamshell type arrangement, have become stronger and arranged better in recent years. This enables the ability to use less plastic or other material to support and "frame" the display screen, which can then result in more area dedicated to the display screen itself and a more aesthetic display appearance.

While many designs and techniques used to present a display screen have generally worked well in the past, there is always a desire to improve on the accuracy of the assembly thereof, such that improved functionality and/or appearance is provided.

Accordingly, the shape of the computer housing (or other item) may be adjusted to meet the desired specifications. In the described embodiment, the adjustment apparatus can rely upon directed energy to apply the shaping force.

The directed energy can take the form of collimated photons of a laser applied to the surface of the computer housing. After an initial laser shaping operation, also referred to as laser peening, the measurement apparatus re-measures the position of points on the computer housing and determines any offsets that are greater than a pre-determined threshold. The laser peening operation is then performed at those points on the surface having an offset greater than the predetermined value. 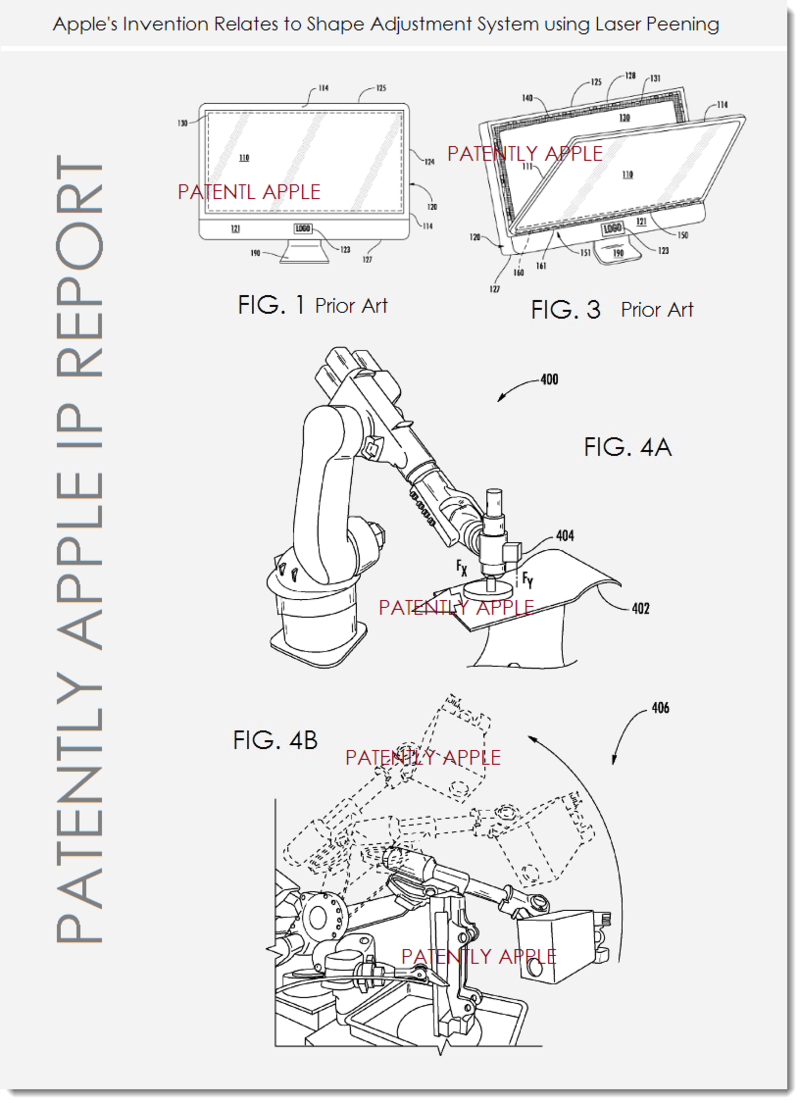 Beyond the Ultrathin iMac, Apple's new manufacturing process may further apply to future iDevices such as the iPhone, iPad, iPod and iPod touch. Associated devices could also include a television or Cinema Display.

Apple credits Shravan Bhardwaj and David Morgenstern as the inventors of this patent application which was originally filed in Q4 2012 or about a month before Apple introduced the new ultrathin iMac. To review more of the technical of this patent and review the 23 patent claims, review Apple's patent pending invention.

Apple states that the outward appearance of a computing system or device is important to many consumers. In particular, an aesthetically pleasing and cosmetically clean device that is free of any seams, burrs, marks or other irregularities can be perceived as being nicer and more desirable that devices that are not so cosmetically clean. Creating an outward appearance that is aesthetically pleasing and durable for computing systems and other devices that include metal parts can sometimes include the use of anodized metal parts. 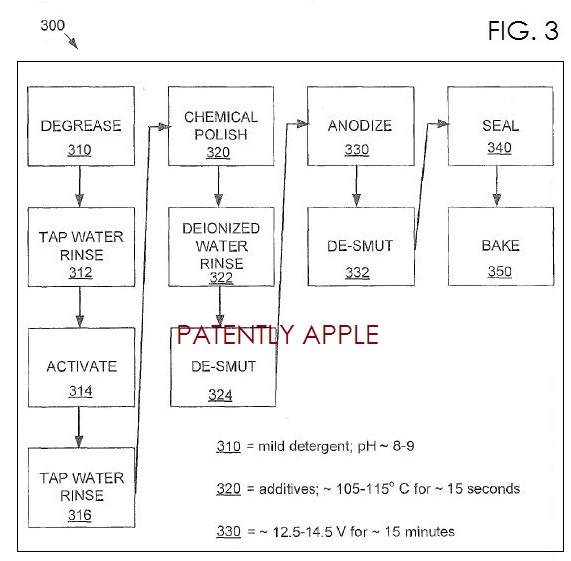 Apple's invention relates to a new system and process for reducing cosmetic defects such as black lines, and otherwise improving the final cosmetic appearance of anodized parts is disclosed. The process can include degreasing an aluminum or other metal part in a neutral to low alkaline solution having a mild detergent, chemically polishing the metal part with a specialized solution having one or more additives at an increased temperature for a reduced amount of time, and anodizing the metal part at a reduced voltage and for a reduced amount of time. An activating step can also be performed as part of the overall process. Tap water rinse, deionized water rinse, desmut, seal and bake procedures can also be performed on the metal part.

If you're interested in this invention by Zhicong Yao and Chi-Hsiang Chang which was originally filed in 2013 but referenced back to 2011, then check out Apple's invention here.