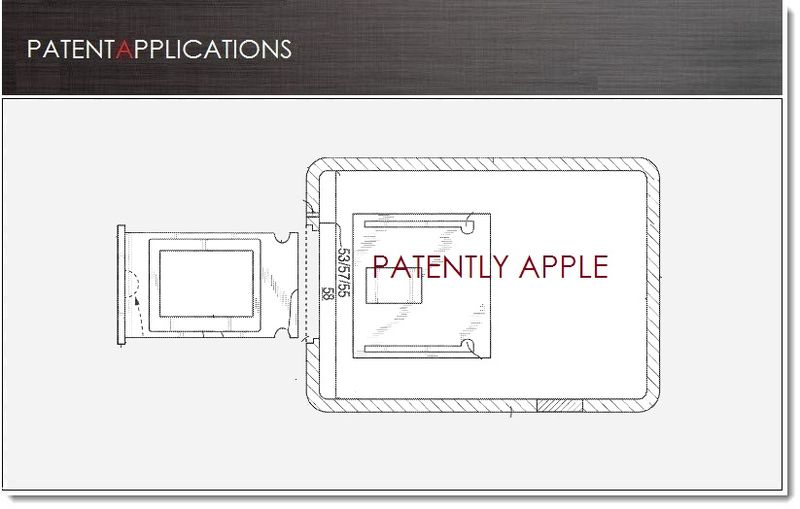 On October 10, 2013, the US Patent & Trademark Office published a patent application from Apple titled "Systems and Methods for Ejecting Removable Modules from Electronic Devices." Some will find Apple's redesigned SIM Card tray invention that utilizes a combination of magnets very interesting. However, the part that I found most interesting of all had nothing to do with the design. For me it was Apple's revelation that future wearable computers would be a candidate for their invention.

Moreover, a portion of such an ejector mechanism often requires a user to interact with the ejector mechanism through an opening in the housing that may allow debris to enter the housing and impair the function of the device. So Apple's invention is all about reinventing the SIM card tray.

While the reinvention of the SIM Card tray holds some importance, it's not one that stood out as anything to pound the table about. However, what I did find interesting is that Apple is thinking of expanding the list of products that may one day use their new SIM Card tray. Apple's patent filing points to the iMac, a MacBook, cameras, watches and other wearable computers, sporting equipment, a headset and Shoes. Hmm, Shoes.

Apple's New "Smart Shoe Phone" is coming to Store near You! 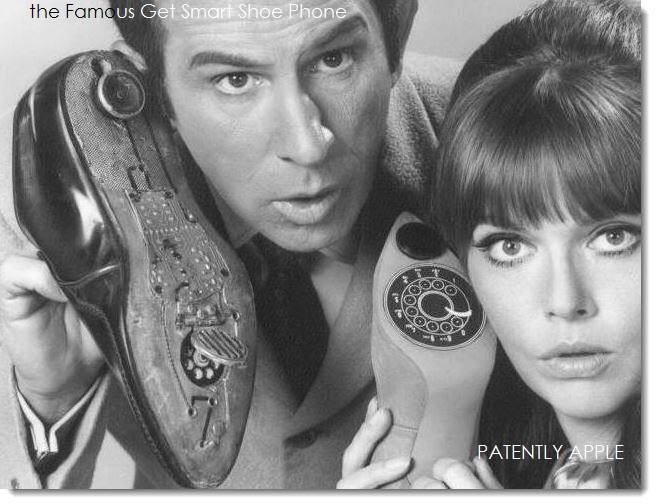 Yes, I could see the headlines now: Apple reinvents the Shoe. Yes, the one time TV show Get Smart may have first patented the idea, but it was Apple to actually make the smart shoe phone a reality.

Apple's 2020 TV ad will go something like this: The winning wearable computer is finally here! If you've ever been held captive in a cargo ship's hull or in the trunk of a getaway car or better yet lost on Mount Kilimanjaro on New Year's Eve, then you know that this is the phone you've been waiting for! The Smart Shoe is now on sale at an Apple Store near you. Live dangerously, buy a Shoe Phone today.

Apple credits Kenneth Jenks as the sole inventor of this patent application which was originally filed in Q2 2012. For those wanting to explore this patent a little further could so here.

Well, given Apple's close work with Nike and the fact that Nike has shoes with slots for their Nike+ system, it is only logical that at some point wearable tech will have mass market appeal (it's gaining ground big time). Having a patent on the mechanism that holds the card in your shoe in a way that does not allow water/gunk to get in seems to be a good position for Apple.

Heck, whether I use Nike+ or not, I'd buy a pair of Nike's that had an Apple card slot that I could track on my phone. It would be a lot less intrusive that a FuelBand or smart watch!