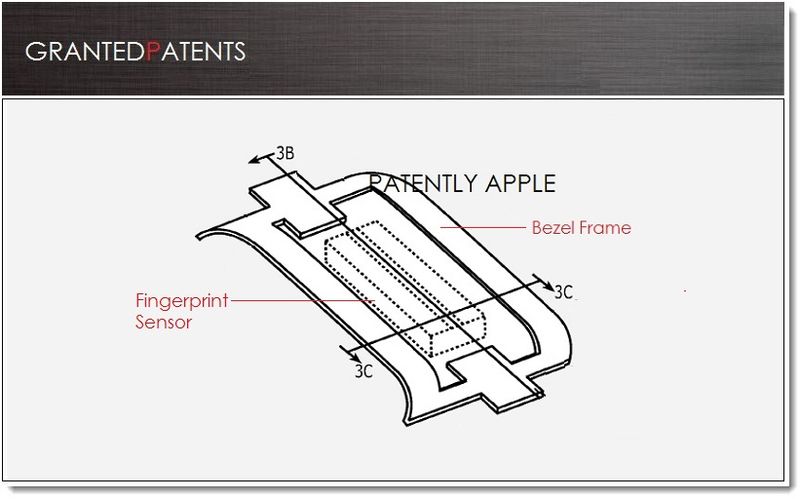 The US Patent and Trademark Office officially published a series of 40 newly granted patents for Apple Inc. today. Our report covers patents relating to a fingerprint sensor for applications beyond the Home Button such as a future Mac, a pressure sensitive display for a possible future smart pen accessory and a method of bonding a display to a device using lasers. Today's granted patent report concludes as always with a full list of the patents granted to Apple today that we didn't cover in detail. This list is designed for legal professionals and enthusiasts who wish to explore more of Apple's patents in future detail.

So within the blink of an eye, Apple now technically owns the very technology that they filed for just months ago which allows them to build a fingerprint scanner into the bezel structure or other device structures that don't have a home button, such as Apple TV or a Mac. The patent states that "The bezel may alternatively be a solid body or part of a bezel frame. 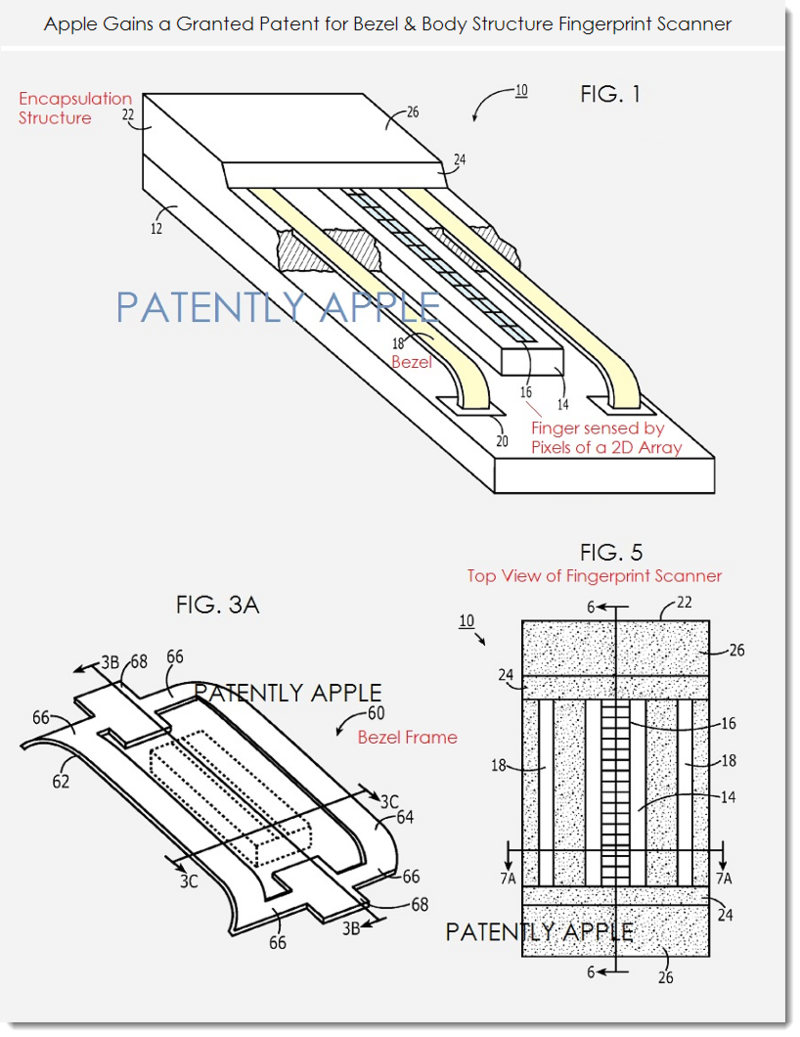 Noted in this granted patent are credits to inventors Robert Bond, Alan Kramer and Giovanni Gozzini. The granted patent was originally filed for in Q1 2013 and published today by the US Patent and Trademark Office. To review today's granted patent with 21 patent claims and details, see patent 8,569,875.

Apple has a great number of patents on hand regarding a smart pen and a light sensitive display with a pressure sensor is just one of the ingredients that Apple may wish to implement should that day ever arrives where the introduce a next generation smart pen for business applications. 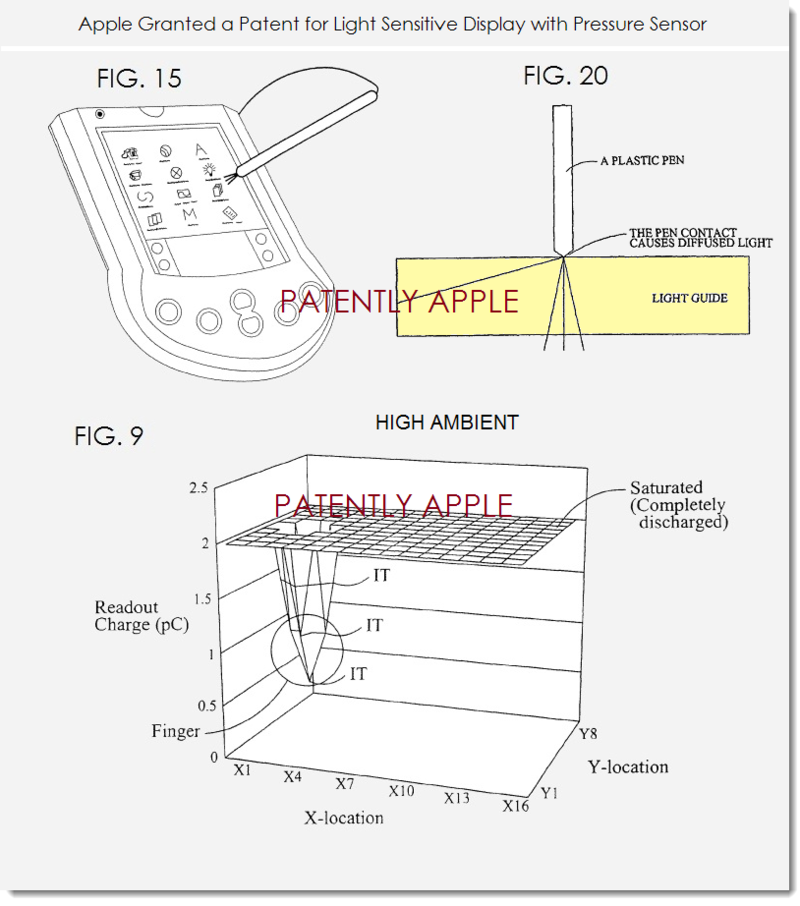 Apple credits Adiel Abileah, Willem den Boer, Richard Tuenge and Terrance Larsson as the inventors of this granted patent which was originally filed in Q3 2009 and published today by the US Patent and Trademark Office. To review today's 19 granted patent claims and details, see Apple's patent 8,570,449. 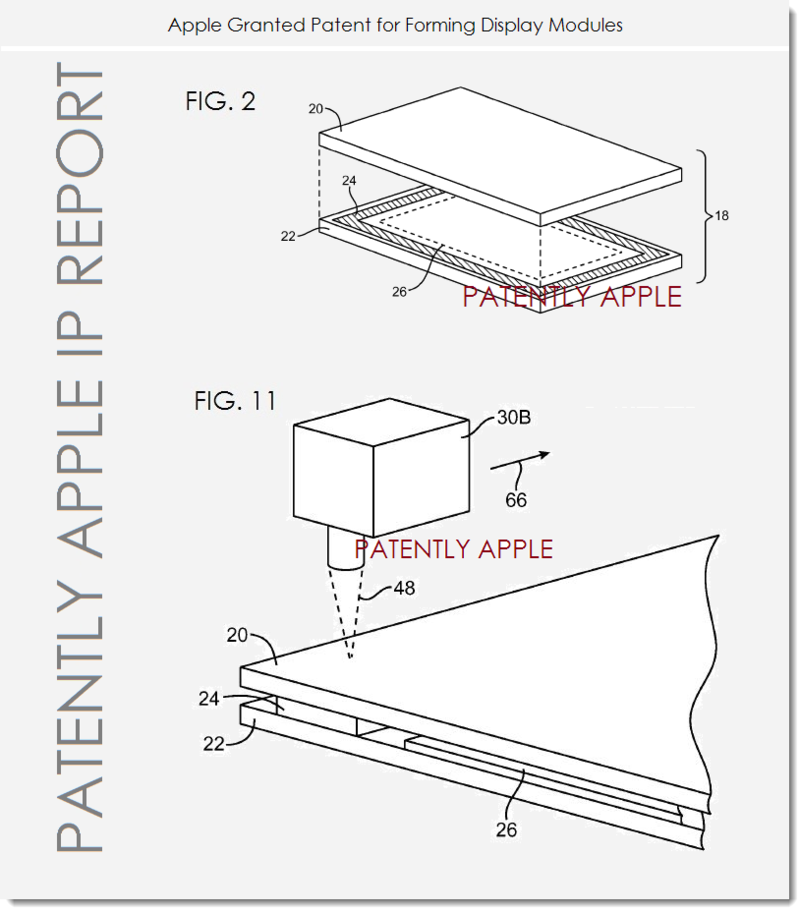 As shown in Apple's patent FIG. 11, heat for annealing and/or bond formation may be applied locally (i.e., in the vicinity of bond structure 24) using laser (#30B). The laser may be translated in direction (#66). The light beam (#48) may be an infrared laser light beam and may be focused onto bond structures (#24 as) shown in FIG. 11. The glass layers (#20 and #22) may be transparent to infrared light, which allows most of the power from the laser to be absorbed in the frit or other material that is used in forming bond structures (e.g., a solid glass gasket). The material of the bond structures may include light-absorbing components to facilitate infrared laser light absorption.

Apple credits Christopher Prest, Stephen Zadesky and David Pakula as the inventors of this granted patent which was originally filed in Q4 2009 and published today by the US Patent and Trademark Office. To review today's 11 patent claims and details, see Apple's patent 8,568,184.

We presented this patent to further illustrate the detail that Apple applies to the creation of its iDevices. Apple makes this a point in their latest iPad Air webpage verbiage.

"Every detail detailed: Pick up iPad Air, and you'll notice how balanced it feels. That's because everything about it is the result of careful consideration. Every detail services a purpose. And the sum of it all is the most refined iPad ever." This is why we cover some of these patents weekly so as to show you the care and the incredible attention to detail that applies to their products. It separates an Apple iDevice from the competition, handidly. 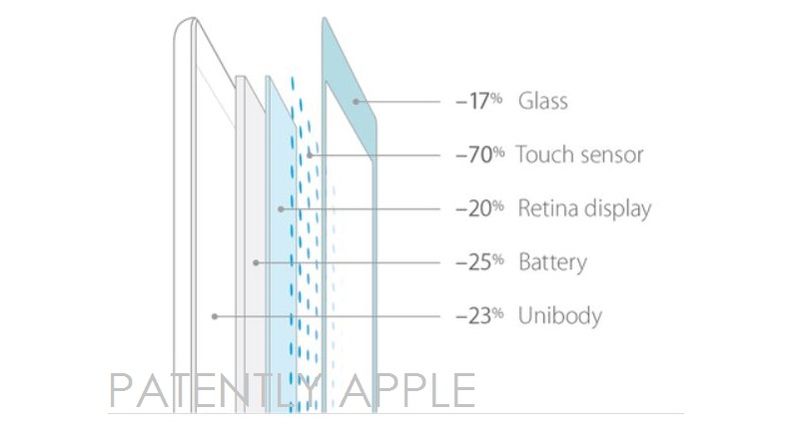 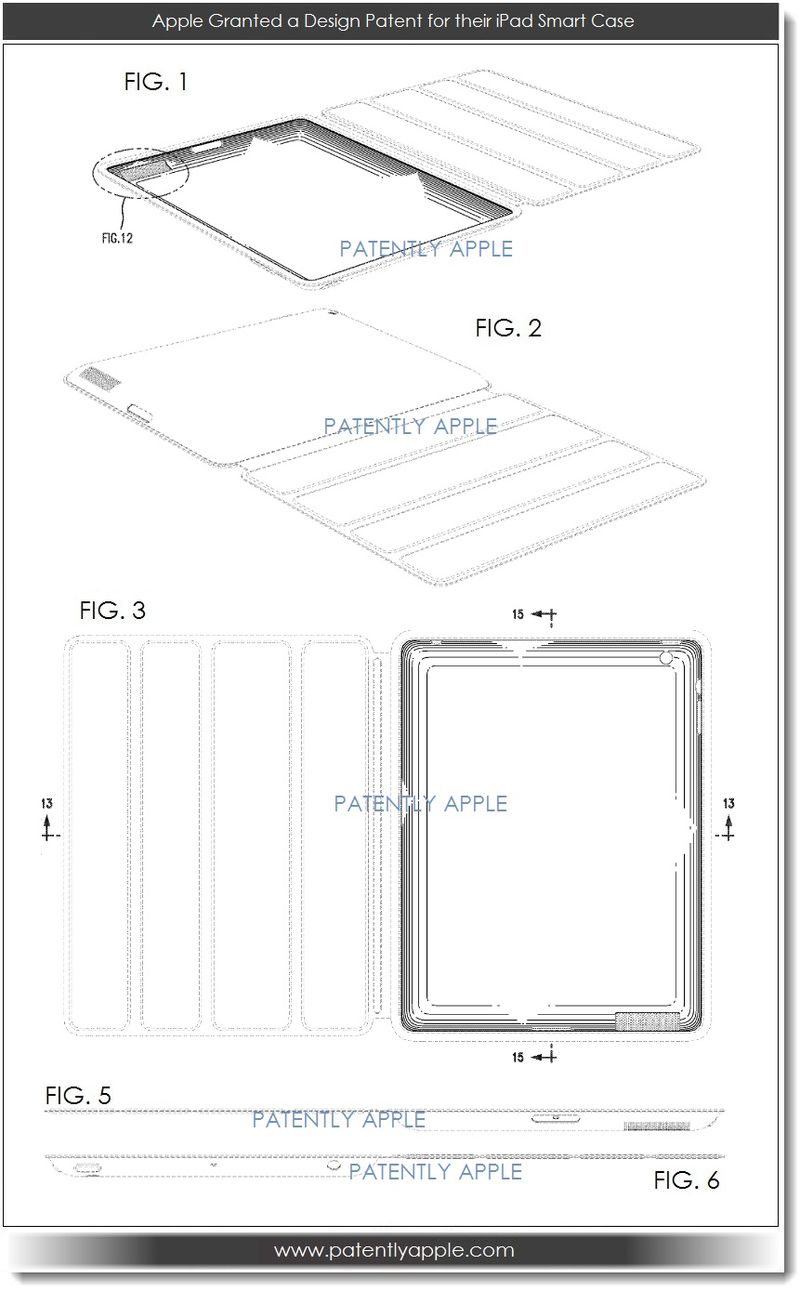 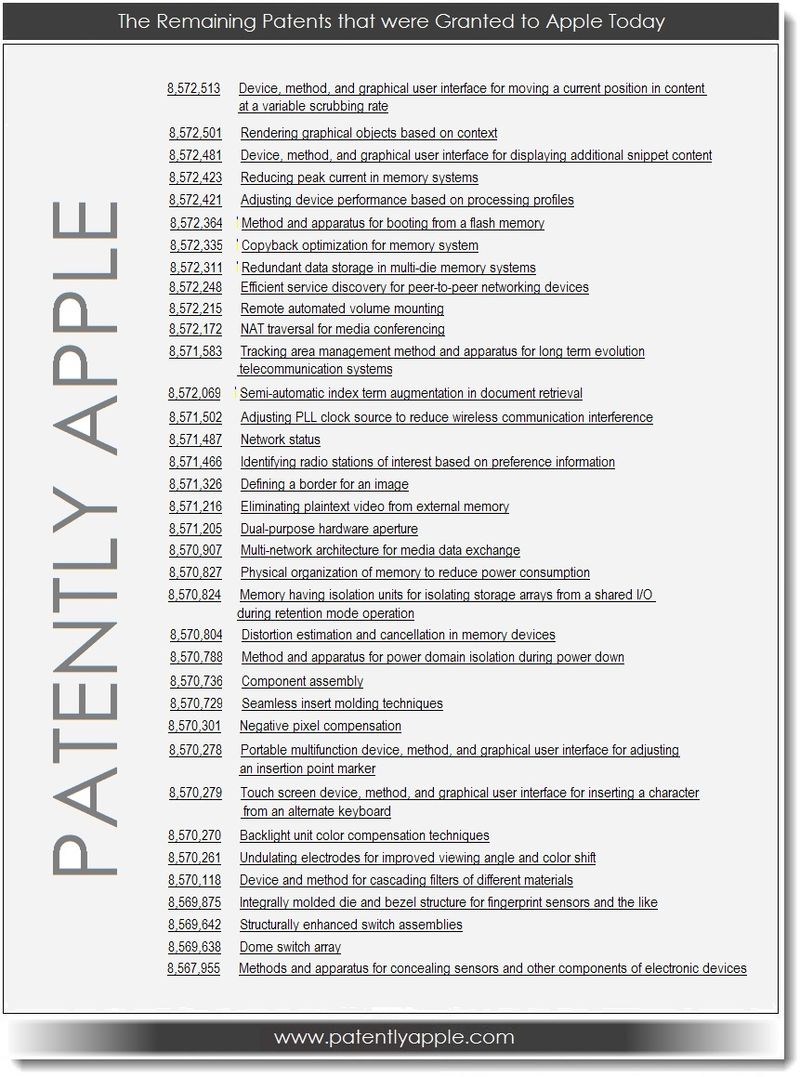