News out of Asia today states that Taiwan said it had lodged a complaint with Apple over new iPhone and computer operating systems that describe the island as a province of China.

"It does not fit with the reality," Kelly Hsieh, the head of the foreign ministry's Department of North American Affairs, told reporters. "We've made representations to Apple. Matters like this must not be compromised."

The name issue has been the subject of a highly contentious debate between Taiwan and mainland China since their split in 1949 at the end of a civil war.

Taiwan has styled itself as the "Republic of China", a name recognised by 23 countries, but is regarded by Beijing as part of mainland China waiting to be reunified by force if necessary.

Bravo, a Taiwan PR company handling Apple's media relations on the island, said the tech giant had no comment. Yet with Apple wanting to deal with Mobile China and expand in mainland China going forward, it's debatable whether Apple will backtrack on this point which is also a hot potato with Beijing. Only time will tell if Apple will make the necessary change or sweep it under the carpet.

In other Taiwan related news today, Apple's new R&D facility in Taiwan is on a hiring binge. Interviews are being conducted with staff from Apple’s Singapore office. Below is an email in-part from VR Zone who is reporting on this today. 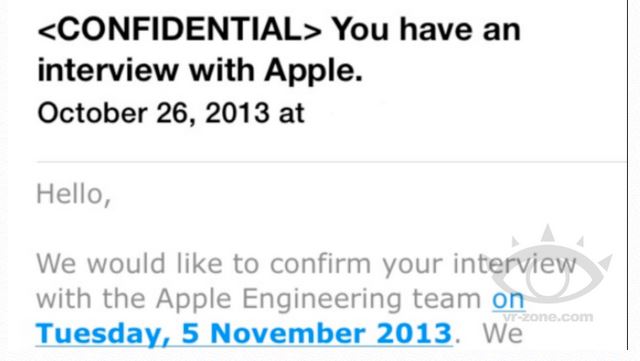