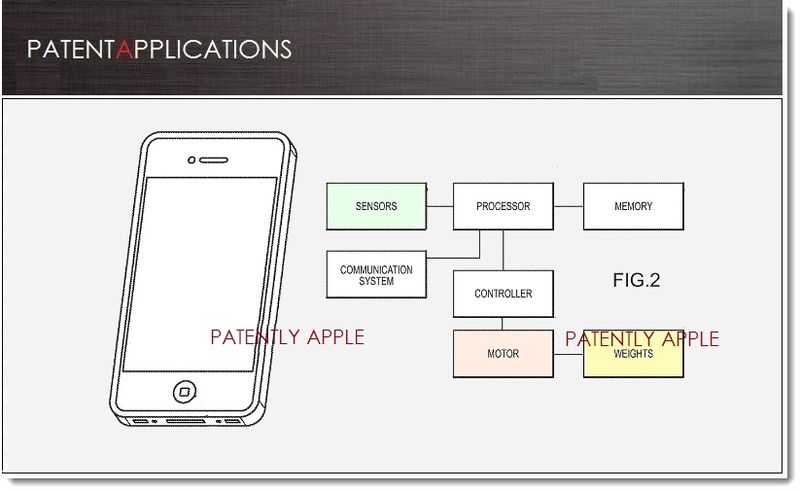 In March of this year Apple first introduced a new invention covering a future free fall protection system in great detail. Apple's proposed protective mechanism is configured to selectively alter a center of mass of the electronic device so that it doesn't fall on its glass face. Today's patent application illustrates one of Apple's latest advances in this project that utilizes a sophisticated magnets system used as a form of a guidance system to ensure that the fall protects the device.


Apple Continues to Work on a Free Fall Protection System

Haptic devices are generally designed to provide a tactile feedback to users of electronic devices. A commonly implemented haptic device is an eccentric weight that is rotated to cause vibration to occur. Generally, the stronger the vibrations are, the more effective the haptic device.

The amplitude may vary with several parameters; some of these are the frequency at which the weight rotates and the location of the center of mass relative to the axis of rotation, both of which are generally fixed parameters in conventional haptic devices.

Apple states that the dynamic rotating mass may be used to generate vibration and/or alter angular momentum of a falling device. In particular, a system is provided having a motor, a shaft extending from the motor, and a weight attached to the shaft. Operation of the motor rotates the shaft and the weight is dynamically reconfigurable when rotating to change the location of the center of mass relative to an axis of rotation. 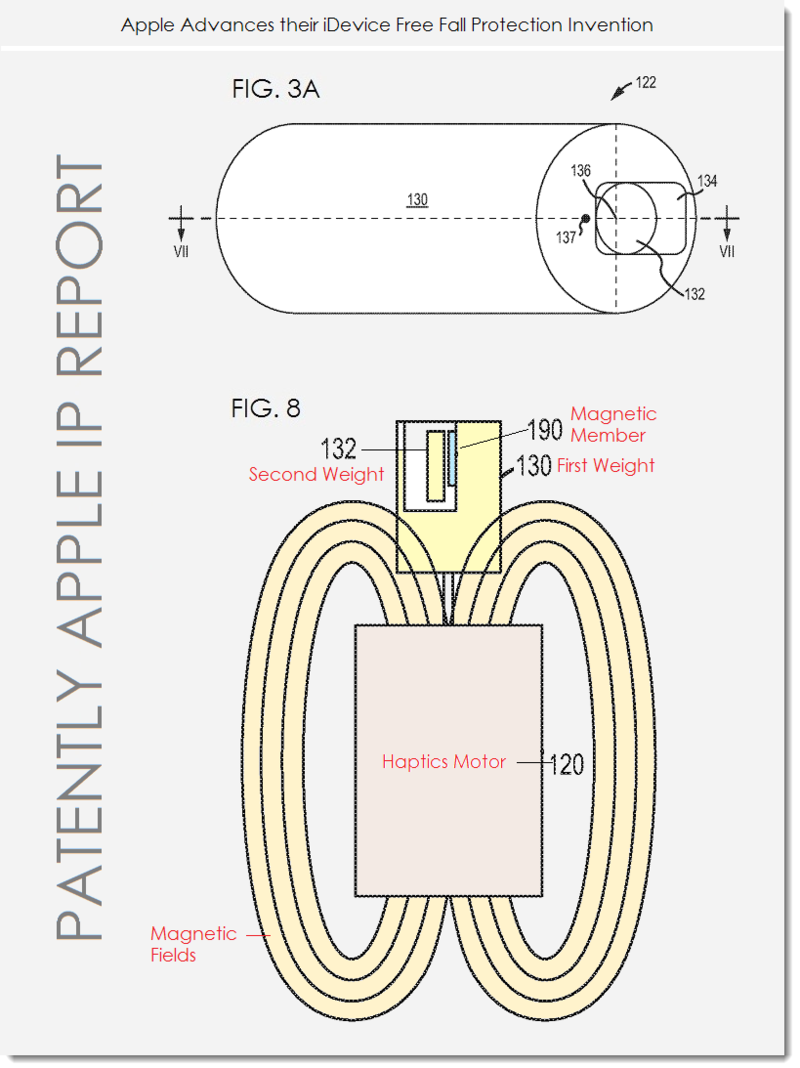 One of the keys to Apple's invention noted above in seen in patent figure 8 that illustrates a sophisticated magnetic system. You could learn about this magnetic system in detail under Apple's patent application 20130285490.